The Samsung Galaxy S4 family just got a lot bigger. The S4 brand is no longer all about a single phone, but four phones. There’s the S4 Mini, the S4 Active and the S4 Zoom. Each has something special to lord over the original Galaxy S4.

But each has compromises too. Let’s find out exactly what they are.

It may have the largest screen of the lot, but the original Samsung Galaxy S4 is easily the slimmest of the S4 family phones, at 7.9mm thick. You might expect the S4 Mini to be slimmer given its name, but it’s much harder to make smaller phones slimmer than great big ones – they all need to pack in the same array of components after all.

The S4 Active and S4 Zoom are significantly heavier and chunkier than their brothers, due to their headline features. The Galaxy S4 Active is waterproofed to IP67 level, meaning it can be submerged in water less than a metre deep and is impervious to dust.

It’s ruggedised to a reasonable degree too, but it’s not quite as hardy as something like the CAT B15, and its screen is still glass-coated. A hardened glass screen is tough, but not immune to shattering.

The Samsung Galaxy S4 Zoom is probably the highest-profile phone with optical zoom ever made – it’s a more phone-centric version of last year’s Galaxy Camera.

It has a 10x optical zoom, which sticks out of the phone’s rear in use. This zoom and the extra camera tech inside make the Zoom a chunky 15.4mm thick. 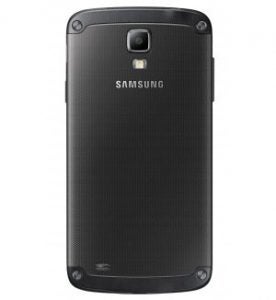 Design king – Galaxy S4 Active
It may be a bit chunker than the S4, but the Samsung Galaxy S4 Active adds a bit of ruggedness to the phone’s formula without spoiling the look or feel of the device too much.

The only two screen that are the same in the Galaxy S4 family are those of the Galaxy S4 Mini and Galaxy S4 Zoom. They are the lower-end models, at 4.3 inches across and with – by today’s standards – relatively low-resolution 960 x 540 pixel screens, a resolution also known as qHD.

AMOLED screens are commonly used in Samsung’s higher-end phones, and bring excellent contrast and strong colour to the the Zoom, and Mini.

The original Galaxy S4 also uses a Super AMOLED screen, but with more screen inches – a full five – and oodles more pixels. There are 518,400 pixels in the Mini and Zoom screen, and over two million in the S4’s. This provides the original S4 with 441ppi pixel density – for incredibly sharp images. 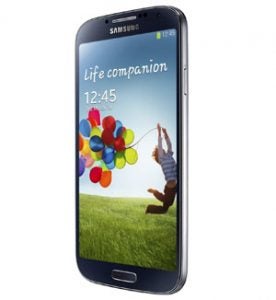 The S4 Active has a screen of the same resolution and size as the first Galaxy S4, but it uses a completely different display technology. It’s a more ‘ordinary’ TFT LCD screen. This will bring slightly poorer contrast, but if anything it’ll be sharper than the Galaxy S4, which has a sharpness-reducing PenTile display.

Screen king – Galaxy S4
None of the other members of the Galaxy S4 family have a screen that can match the original S4’s. The Zoom and Mini just don’t have the resolution, while the S4 Zoom uses a lower-grade panel.

The S4 family features a wide array of CPUs. The most powerful are the Galaxy S4 and the S4 Active, which both have quad-core Snapdragon 600 chipsets. These are system on chip engines, which use the Adreno 320 GPU. Both phones also have 2GB RAM. This means that both these phones eat up anything Android has to offer without a problem. Even the most resource intensive apps and games run without a hitch.

Stepping down the power ladder a little, the S4 Mini has a Snapdragon 400 processor, with two Krait cores. It’s a mid-range processor, clocked at 1.7GHz. It also has slightly less RAM, with 1.5GB instead of 2GB. 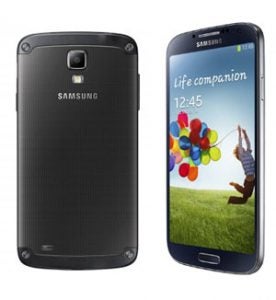 The Galaxy S4 Zoom reportedly uses an Exynos 4210 processor. This is a dual-core chipset using, Cortex-A9 cores. We’ll have to wait for the benchmarks to see whether it’s more or less powerful than the Krait-based S4 Mini. It too has 1.5GB of RAM.

In true Samsung style, every member of the S4 family has a memory card slot – one of Samsung’s most geek-friendly traits is its dedication to offering expandable memory in its phones.

Therefore, the difference in the amount of internal memory between the phones doesn’t matter a great deal. The Samsung Galaxy S4 has the most, though. It comes in 16GB, 32GB and 64GB models, although the 16GB ‘entry level’ version is by far the most common in the UK. Having that memory card slot severely reduces how attractive higher-capacity ‘premium’ models are because of the significant added cost.

The Zoom, Active and Mini all have half the storage of the lowest-end S4 – 8GB.  It’s likely that these phones will let you install apps to the SD card too, as that feature is coming to the S4 in an update.

Storage king – Galaxy S4
The Samsung Galaxy S4 has more internal storage than any of its siblings. It’s not a huge deal, however as all the phones have expandable memory thanks to their microSD memory card slots.

The Galaxy S4, S4 Active and S4 Mini all have relatively ‘standard’ phone cameras. Their sensors are tiny, they have no optical zooms and use LED flashes.

The Galaxy S4 Zoom is rather different. Its camera is much closer to that of the Samsung Galaxy Camera. It has a 1/2.33” sensor, a Xenon flash and an optical zoom.

It sensor is essentially a small-ish compact camera sensor – but still significantly larger than the sensors of most phones. Its sensor pixels are 1.3 microns in size, just a little larger than the 1.12 micron sensor pixels of the Galaxy S4. They’re still smaller than the HTC One’s pixels, though, which are two microns a piece – it’s just a pity there are so few of them in that phone (the HTC One has a 4-megapixel camera).

To put this into a wider photographic context, the Sony NEX-5 – a compact system camera – has 5-micron pixels. The S4 Zoom is no replacement for a DSLR. The main reason to get excited is the 10x optical zoom. 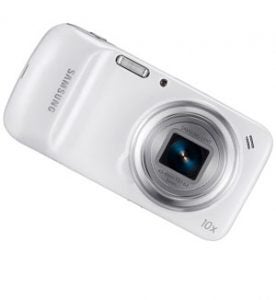 It’s the only member of the S4 family to offer this kind of zoom. The others have digital zooms, which effectively just crop into images and blow up a portion. They don’t end up blocky thanks to clever image processing, but they do tend to look smudged and lacking in detail.

Samsung is likely to confuse a few people with the naming of its new Galaxy phones. The S4 Mini isn’t a smaller Galaxy S4. The Zoom isn’t simply an S4 with a better camera. The Active isn’t an S4 with waterproofing. There are other significant differences, and cuts made to keep prices floating around the right level.  The closest to the original Galaxy S4 is the S4 Active, which has s slightly worse camera and a slightly less flashy screen.