Sitting alongside guns, girls and shaken-not-stirred martinis, the title sequences that set up each James Bond outing are an iconic part of the spy franchise. TrustedReviews’ Max Parker sits down with director Danny Kleinman, to see just how they’re made.

The thundering theme song, wispy graphics with a narrative all to itself, those few minutes after the initial burst of action combine to create something special and unique to Bond. Whether it’s the gun protruding from the woman’s mouth in Goldeneye, or the murderous playing cards slicing through villains in Casino Royale, these sequences are often as memorable as the film itself.

Kleinman might not be a household name like Skyfall and Spectre director Sam Mendes, but there’s no denying he’s taken the title sequences to the next level since he took the reigns for Goldeneye. He stepped away for Quantum of Solace, but came back for Skyfall and again for this year’s Spectre.

We sit down with Danny to get his thoughts of filming the sequence for Spectre and how the process has changed throughout the years.

Filming the title sequence for Spectre

Well, first of all I read the script. Then I do lots of sketches and have a brainstorm with myself and think of ideas and look for reference. I start doing the storyboard and putting little sequences together and thinking ‘Oh this might be cool’.

So once I start thinking like that It just gives me loads of ideas. I take that storyboard to the director and they look it through and go ‘yeah, yeah this is great’ or ‘we’re a little less keen on that bit’ and that could be for all sorts of different reasons. It’s a bit too violent, or whatever and then I have to physically film it and edit it and then I get all the music. 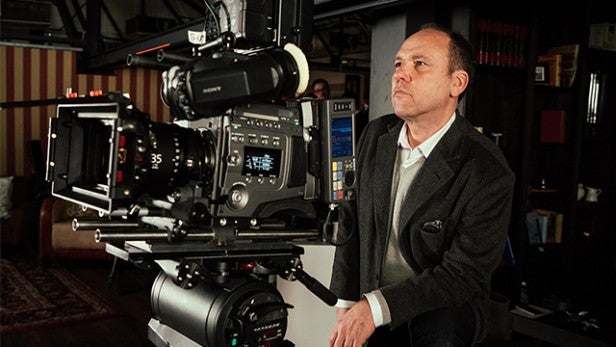 Adding a narrative to the Skyfall title sequence

You can see in Skyfall it suggests what might be happening without being too literal. But also he’s falling in the water, you think he’s getting sucked under and pulled underneath by these women’s hands and you think why’s that? Well it’s because his boss M is a women who told another woman, Moneypenny, to shoot him.

He’s had his heart broken by a woman and all those things. So it’s trying to metaphorically suggest all these things during the sequence.

It was an incredibly slow process. The only way I could create Goldeneye was almost like an offline sequence. What I mean by that is a series of low-res images that I used to go into an edit suite and move those images around. Place them and collage the thing together. Then I would end up with a sequence that would then go to another set of people who would work on it at a much higher resolution and that would take absolutely ages.

It’s a very laborious process but weirdly it meant that because I was compositing in a low-res way it was quite intuitive and I could work quite fast on the creative side.

Maybe 10 years later the machines had got a lot faster and to streamline the process that offline element was taken away and I was working pretty much straight into the machines that make it.

But, that I found very restrictive in terms of working spontaneously. So if I thought ‘oh I want that image and that image to be together but I want it a little bit that way’ early on I could just do a switch and boom, but later on even though the machines are better it took maybe an hour to get the thing to move like that so it was quite slow. 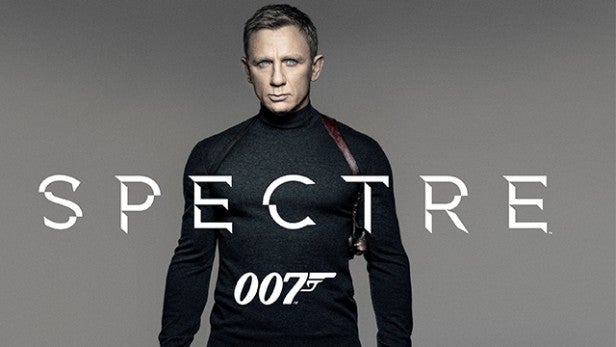 Nowadays the computers and the processes are so fast that it’s almost come all the way back around again and I can work in quite an intuitive way, reasonably fast and then it goes away and chugs and does all the hard work.

Of my ones, I suppose I have a great soft spot for Goldeneye because it was the first one I did and I was so thrilled and excited as a Bond fan. I grew up with Bond being a kid and being part of the world of it was so exciting and then being able to bring something fresh to the language and the media of Bond.

Looking at it now it it’s of its era and probably technologically quite old-fashioned but I still have a lot of warmth for it.

Making your own Bond intro

I think they could, well probably not to the same complexity or resolution but I don’t see why not. With today’s technology you can do computer animation on a laptop, you can key blue-screen, green-screen, layer images and and that sort of thing. One could certainly start getting towards it but I use a whole crew and that’s beyond the average person’s bedroom.

Check out this cool infographic that gives you all the Bond stats you’ll ever need.