OPINION: I used to be a FIFA addict. I’d buy the latest version every year, excited to check out the new ratings for all of my favourite players.

But now that I’ve entered my late 20s, I’ve become disillusioned with the series, as EA Sports has become more focused on milking Ultimate Time than making any substantial improvements to Career Mode.

Fortunately, that doesn’t mean my virtual football career is over. Just like Steven Gerrard, Frank Lampard and Mikel Arteta, I’ve decided to hang up my boots and start focusing on emails and spreadsheets instead – that’s right, I’m playing Football Manager.

On the surface, Football Manager looks mighty boring. Who wants to return home to a full inbox when you’ve already spent a day at the office responding to emails? But anyone who’s played a Football Manager game will know it’s an enjoyable experience – perhaps too enjoyable at times, as I’ve lost countless hours tweaking formations and reading through scout reports.

For those who haven’t played Football Manager, it allows you to take up the role of Head Coach at any club you fancy. Sports Interactive has put an impressive amount of effort into making the experience as realistic as possible. Manchester City’s team will play possession-heavy with pinpoint passing, while Liverpool will press, press, press, just as you’d expect.

There’s so much realism here that you’ll likely encounter the same headaches as the real managers when coaching each team. Taking over Liverpool ensured I had plenty of world class players who can stick it in the back of the net, but I also had to contend with a small squad and a limited transfer budget, which are both big issues when the fixtures get congested.

And while you’ll start off with a whopping £200 million transfer budget at Newcastle, the lack of a distinct playing style will make it difficult for you to shoot up the league table. You’ll even have to be mindful of Financial Fair Play Regulations, so you can’t ignore the finance spreadsheets just because your owners are flush with cash.

But the best aspect of Football Manager is that every playthrough is different. During my first playthrough, Steven Gerrard became the Brighton manager and Newcastle managed to sign Marco Asensio – it’s like stepping into a parallel universe.

It’s also incredibly fun to put your stamp on a team and create your own footballing philosophy. Football Manager allows you to set up your team however you like, whether that’s the tika-taka Barcelona football of old, or the brutish, hard-tackling style of Stoke City that Tony Pulis excelled at. Or maybe you want to start from scratch with a unique formation and style of play – Football Manager lets you do that. 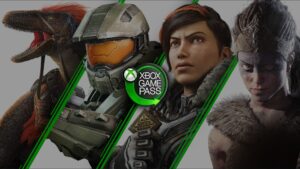 Sports Interactive has once again improved the player animations during a match, added the Data Hub which provides oodles of data about your players and team play style and even improved Deadline Day to add more tension when you’re desperately trying to sign up a player in the dying moments of the window.

There admittedly haven’t been huge improvements since Football Manager 2021, but the new iteration is arguably worth a purchase just so you can get that £200 million transfer budget from the Newcastle owners.

Football Manager 2022 has low PC system requirements so it should run on the majority of laptops and desktop PCs. So if you need to buy a Christmas gift for a football fan, or fancy treating yourself instead, then I seriously recommend Football Manager 2022. It’s also available on PC Game Pass, so it may be worth subscribing for just £1 for the first month.

Ctrl+Alt+Delete: Were we all wrong about Apple’s Touch Bar?