While Apple’s phones tend to close the year out, Samsung’s S-series flagship usually kick it off. And we already seem to know a lot about the firm’s next upcoming flagship. Thankfully, things are shaping up nicely.

I loved the Galaxy S20 and S20 Plus, and while the S20 Ultra wasn’t perfect it showed a lot of potential and ultimately ended up making the Note 20 Ultra a much better phone. They might not have been the most interesting Android phones of the year, but the S20 and S20 Plus do stand as two of the easiest to recommend.

This week has been huge for Samsung Galaxy S21 news, with everything from likely release date to colours and bundled accessories leaked. Let’s have a look at we know so far, and what else there is still to come.

Probably the most surprising news is that reported release date, which comes by way of Jon Prosser – a leaker you probably know from his usually very accurate Apple predictions. Prosser (along with reports from Android Central) claims the Galaxy S21 is coming in January, far sooner than its typical March release.

The phone could be announced, Prosser tweeted, on January 14 with phones arriving into the hands of new owners a few weeks later.

To me, this is a clever move by Samsung for a number of reasons. First off, it gets the phone out quickly and puts it head-to-head with the iPhone 12 far sooner. Usually, Apple would have 5 or 6 months without a new Samsung flagship to contend with, now it might have just over three. If someone wants to kick off the year with a new phone, then the S21 will be right there next to the iPhone 12. 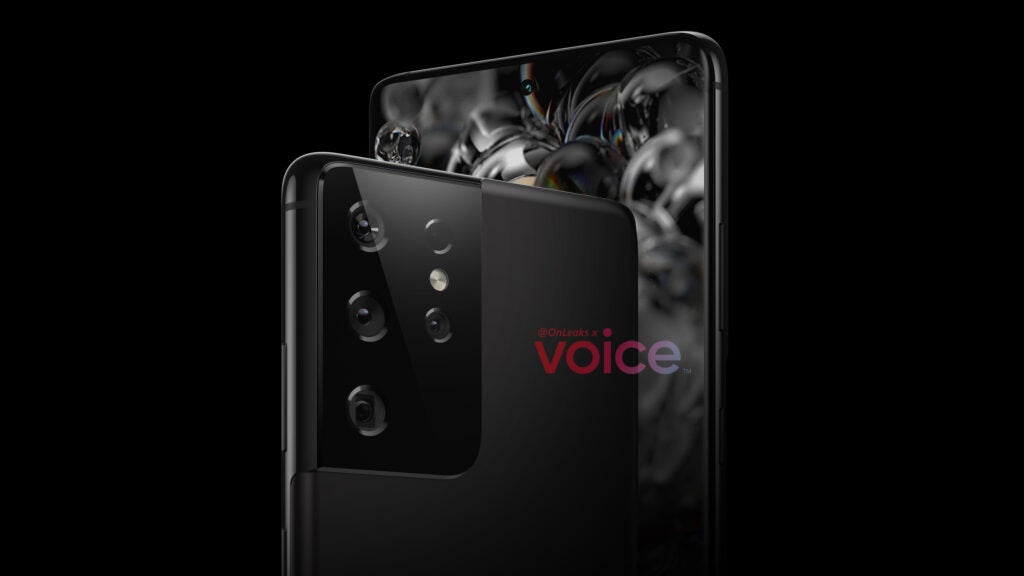 It’ll also mean Samsung has one of the first phones with the new Snapdragon 875 chipset out on the market. The new chip, which is rumoured to pack the same highly efficient 5nm architecture as the A14 Bionic in the iPhone, is expected to be announced at a virtual Qualcomm event in December and will most likely power some versions of the S21 series along with most of the other 2021 flagships. As is tradition, Samsung will likely use one of its in-house Exynos chips for markets like the UK.

Prosser’s tweet also claims they’ll be, once again, three versions of the S21. You’ve got the Galaxy S21, a larger Galaxy S21 Plus and a top-end S21 Ultra. This is the same launch slate Samsung went with this year, so it makes to repeat it. Rumours have suggested the regular S21 might have more in common with the recent S20 FE, toting a flat display instead of a curved one. As someone who much prefers flat to curved screens, I am all for this.

It does hint that the Galaxy S21 might be an ever cheaper, more mid-range option though. You’ll then have the S20 Plus as the main flagship and the Ultra model to experiment.

Another interesting titbit of Galaxy S21 news is that it might ditch the bundled AKG headphones, but instead of going-all-Apple, it’ll replace them with a wireless pair of Galaxy Buds. Nice. Samsung usually offers its buds as a free pre-order bonus, so including them directly in the box isn’t that much of a stretch. A phone that comes with some decent wireless buds in one package is a tempting idea. Maybe this would be restricted to the pricier Ultra models (Samsung bundled its first foldable with a pair of Galaxy Buds) but hopefully, it would be across the range.

So, even though we’re still waiting for big leaks to shed light on cameras, display and possible new features (I’d love Samsung to take some, let’s say inspiration, from Apple’s MagSafe Charger) the initial flood of Galaxy S21 leaks are certainly looking positive. And it seems we won’t have long to wait to find out more.