While much of the tech media continues to fixate on the highest-spec devices money can buy, the iPhone SE and Google Pixel 4a mid-range match-up is really the year’s most important fixture.

With the top-line smartphones coming out these days, you’d almost think there was a competition to design the most excessive handset. While just a couple of years ago, it wouldn’t have been strange to buy a premium device with a single camera sensor, now it’s unusual to find one with less than three, with some even have as many as five.

Similarly, the megapixel count of those multiple sensors can seem equally ridiculous. While the iPhone 11 Pro is rated as our top-choice camera phone with three 12-megapixel snappers, demonstrating that megapixel count does not necessarily dictate quality, phones including the Samsung Galaxy S20 Ultra and the Xiaomi Mi  Note 10 have ludicrously over-the-top 108-megapixel sensors – useful perhaps if you’re in the business of printing billboards, but far too much for regular users uploading their snaps to Instagram or viewing holiday pictures on a tablet or desktop PC.

Even the dimensions of the devices themselves have gone crazy. We had to put the sheer size of the Samsung Galaxy S20 Ultra’s 6.9-inch screen as a negative because it was unwieldy to use on a day-to-day basis – thereby entirely defeating the point of a mobile phone. 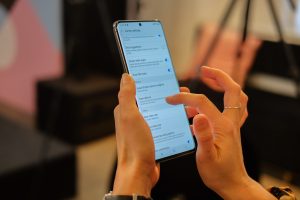 So it’s refreshing to see a response to all these excesses with two devices, one iOS and one Android, that are modestly affordable yet bring to bear the key benefits of smartphone tech from the last few years.

The first of these is the iPhone SE 2. It has the same design as the iPhone 8 from a few years back, but looks can be deceiving; the internal upgrades include a top-class A13 Bionic processor that, according to all of our benchmark scores, simply blows all competing Android devices right out of the water. On top of that, camera performance is excellent and the battery, though not exceptional, should see you through the day. That enviable package is all available for $399/£419; so why pay double, or almost triple the price for a flagship smartphone that adds slight improvements here or there?

The Pixel 4a is another device that seems to marry affordability with a premium touch. Just like its predecessor, the Google Pixel 3a, it is expected to boast a premium-tier camera that will beat the best that brands like OnePlus or Sony can offer. This time around it’s rumoured to have a more powerful Snapdragon 730 processor too – though of course it still won’t hold a candle to that A13 Bionic. But one advantage it may boast over its Apple competitor is the fact it will surely be available in two sizes so that you can choose between an easy-to-handle smaller screen or the full-screen experience for more viewing content. Again, the price is rumoured to fall between £400 and £500, making this a reasonable proposition for many more people.

The release of both of these phones is a great victory for the consumer, as it offers genuinely fantastic features at a more affordable price. But beyond that, it also sets the stage for an ultimate showdown between Apple and Android. These devices are likely to sell like hotcakes. They could leave millions of consumers switching or committing to one of these operating systems over the other, possibly for good – and given the modest price points, the devices could well be parent’s choice for the first-ever phones of many youngsters too, defining the habits of the next generation.

While affordable Android devices have been de rigueur ever since the operating system’s debut, it’s somewhat of a novelty to have a new iPhone that’s reasonably priced, and it could well tempt away a lot of Android users to the device. For this reason, the early signs look very good for Apple in this next stage of the battle for smartphone supremacy, but it’s far too early to call one victor yet; we’ll have to see how the Google Pixel 4a performs, both in our review and in sales, to see whether this really is a watershed moment for mobile tech.