The launch of the iPhone SE 2 will see a much smaller screen size join Apple’s smartphone range, and for many people that will be a welcome relief.

The launch of the new iPhone SE 2 is very nearly upon us if rumours are to be believed, it’ll be packed with leading specifications, such as the latest A13 Bionic chip and a new and upgraded camera. However, it’s one of its more modest features that gives it a unique selling point – it is said to have a screen measuring just 4.7-inches. But why’s that something to get excited about?

For starters, it goes against the trend set by leading flagships. Take two very recent top-spec examples from the cream of Android’s crop: the Huawei P40 Pro Plus has a 6.58-inch screen, while the Samsung Galaxy S20 Ultra trumps even that with a massive 6.9-inch display.

The P40 Pro Plus has more screen than almost any other phone, as the display laps around the edges and even the top and bottom of the screen, delivering a reputed 91.6% screen-to-body ratio. As for the Galaxy S20 Ultra, its screen is large to the point of being unwieldy, which detracted the utility of the device despite its incredibly sharp resolution and super smooth refresh rate. Ultimately, there’s no point in pushing technology far if in doing so, it supersedes the basic required functionality. 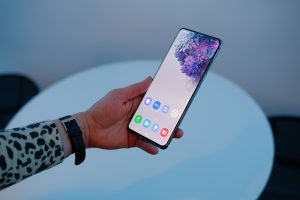 That’s why Apple could be onto a winner with the iPhone SE 2. It’s reported to use the same body as the iPhone 8, meaning that it has a 4.7-inch display, and that makes it notably small by today’s standards, just as the original iPhone SE (screen size: 4-inches) was in its day.

Even before that, Steve Jobs took the opportunity to mock rival companies producing smartphones with much larger screens, saying: “You can’t get your hand around it… No one’s going to buy that.” He was wrong, obviously; there’s still massive consumer demand for ever-increasing screen sizes. But that doesn’t mean the argument should be completely disregarded.

In covering the issue posed by larger handsets last year, the BBC reported that “women’s hands are, on average, around an inch smaller than men’s, which can make the industry’s ever-increasing screen sizes problematic to use.”

Surely then, the tech ushered in by these high-flying handsets should not just be limited to people who have larger hands. Apple already does this better than most, with its top-flight Pro model available in two sizes: the iPhone 11 Pro measuring 5.8-inches and the iPhone 11 Pro Max measuring 6.5-inches, and now the iPhone SE 2 could go even further in levelling the playing field. 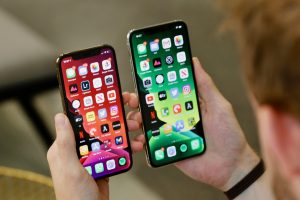 There is existing demand for smaller handsets, as evidenced by the previous entry in this series; the iPhone SE sold very well from its introduction and – unusually for Apple’s rapidly refreshing line-up – it was kept on sale for three years. Currently, there’s relatively little else on the market that accommodates this niche in the market, but let’s hope that the iPhone SE 2 can spark a healthier competition towards more accessible high-tech, and it surely will if it’s another sales smash hit.