At CES 2020, Samsung announced that it would launch a new foldable phone, the Samsung Galaxy Bloom. Here’s why it could be a big hit.

From a disastrous initial launch, the Samsung Galaxy Fold limped on to become a somewhat underwhelming device – when, given its innovative design as the first-ever mainstream folding phone, it should have been a real game-changer.

But now Samsung has plans to release a new foldable device with a horizontal fold, and here’s five reasons why this second coming could be the messiah the foldable market needs to succeed – and key to it’s potential success lies mostly in its radical redesign. 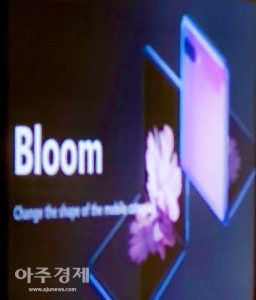 The main reason why you’d choose one phone over the other is, of course, superior performance. That’s no secret and it’s just as true of the foldable market as it is for any other tech products, so it’s promising that the expected specifications of the new device could be truly impressive.

While the Samsung Galaxy Fold boasted an impressive array of cameras, a top-class chipset, and a beefy battery, we hope for even greater things from the Galaxy Bloom. Of course there are the incremental annual updates of the processor to be expected, but next year Samsung might well offer a true revolution in smartphone photography starting with the Samsung Galaxy S20, including a 108-megapixel sensor, and an optical zoom lens that could reach 10x zoom according to rumours. We expect similar specifications to make their way over to Samsung’s flagship foldable too, and when combined with the large screen and innovative design this could make it a very tempting prospect.

It might seem obvious that Samsung should take such a route with a premium device, but for a glimpse at the alternative, look no further than the Motorola Razr 2019, which retailed at $1500 yet was stuck using the firmly mid-range Snapdragon 710 chipset. That’s a mistake we reckon Samsung is canny enough to avoid, so we can’t wait to see the performance delivered by the new handset.

The Samsung Galaxy Fold introduced an entirely new design with no reference to previous mobile devices. If anything, it had the appearance of a book, with a long rectangular profile when folded, that opened out into a square-shaped, tablet-sized screen. While the Motorola Razr fumbled the ball when it came to specifications, there’s one thing it got dead right – design. Its clamshell form factor appealed to users nostalgia, which may exert an even stronger pull on the collective consciousness now that we’ve embarked on a whole new decade.

Nostalgia for the relatively recent past has been a notable trend of the last few years. In cinema there’s been a slew of Disney remakes (or films like Mid90s for more auteur-inclined audiences), there’s been an unavoidable avalanche of millennial memes, and in video games there’s Pokemon Go reviving an old brand and the PlayStation Classic dusting off beloved games for a new generation.

In the phone market, this has already evidenced itself with retro re-releases of the Nokia 3310 and Nokia 8110. But the aforementioned Razr tapped into a genuine appetite for flip-phones, as evidenced by celebrity culture – from Kim Kardashian showing off a pink Ferrari-branded flip-phone on her Snapchat, to Adele using one in the music video for hit single ‘Hello’ — and not forgetting that time Daniel Day-Lewis was spotted using a flip-phone on the NYC subway.

We think the Bloom’s new design is more likely to be a hit thanks to this throwback form factor, even though Samsung doesn’t have the impact have the much-loved “Razr” trademark with which to brand its new phone.

The redesign also opens new possibilities when it comes to portability and ease of use.

In the last couple of years, the smartphone market has shifted decisively towards massive screens (up to 7 inches in size), and this obviously has made the devices more difficult to use single-handedly; a BBC article even cited it as evidence that the world is not designed for men, noting that “women’s hands are, on average, around an inch smaller than men’s — which can make the industry’s ever-increasing screen sizes problematic to use.”

Whether or not you think the increasing size of mobiles is part of a wider misogynist manifesto, it does look like smartphone manufacturers are beginning to realise the problem and cater for smaller hands. There’s the upcoming iPhone SE 2 for instance, which is expected to deliver Apple’s reputation for quality in a more ergonomically-sized shell in early 2020, and there was also the misguided attempt to relaunch the Palm Phone for precisely this market.

When the Galaxy Blooms snaps shut, its clamshell design will make it far easier to slip into a pocket than the large-screen smartphones that it will compete against — but when opened up, you’ll be able to watch content on a large smartphone screen as usual, which might be a great solution to this problem.

There’s some further evidence that Samsung has women in particular (or at least, a stereotype of women) in mind with this new release, starting with the floral name of “Bloom”, and bearing in mind that it was reputedly designed to resemble a make-up product from designer brand Lancôme, according to Korean source Aju News. 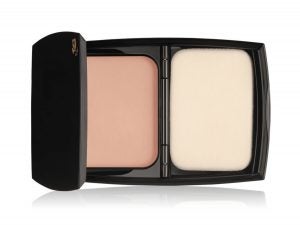 Does Samsung really think that a phone that looks a bit like a foundation kit will be irresistible to women?

Whether it’s seemingly female-focused marketing campaign works out or not, the new design proposed for the Galaxy Bloom could offer the best of both worlds: a foldable, stowable phone that expands to give you all the benefits of a full-screen smartphone when you’re watching videos or gaming. The Galaxy Fold, which was still notably chunky even when clasped, missed the mark in this respect.

For such an incredibly expensive phone (RRP: £1900/$1980), it always felt like a disappointing compromise that the Galaxy Fold was relegated to having a cheap plastic screen. This design decision of course made the folding action possible, but it was delicate and doesn’t feel premium to the touch in the way that cool glass does. 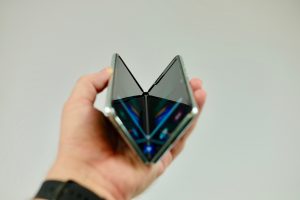 Samsung Galaxy Fold: The screen is made of plastic rather than glass

However, early reports have disclosed that the Galaxy Bloom will adopt new Ultra-Thin Glass technology that will crease like its plastic counterpart while retaining the hardy qualities and classy feel for which we admire genuine glass. It’s a major upgrade that goes a little further to justifying the sky-scraping sales price.

Samsung’s first-ever foldable phone, the Samsung Galaxy Fold, opens just like a book, but the opening chapters of its story would have been a horror story for the South Korean brand. Announced in April 2019, tech journalists soon found that the screen malfunctioned in daily use, and so after a robust redesign the phone finally saw the light of day in September.

This embarrassing episode has no doubt taught Samsung that it shouldn’t rush its products to market before they’re ready, and that careful product testing will lead to better results. If mistakes such as these are avoided, along with the upgrades to design and cameras mentioned covered in this article, Samsung will have addressed the complaints we had with the Galaxy Fold, and could finally have a successful new smartphone on its hands.