With its all-new range of genuine flagship smartphones just released, can Motorola beat Samsung or OnePlus to become the premium Android phone of choice?

A series of great value smartphones have burnished Motorola’s recent reputation. Take one of its most recent releases, the Motorola G8 Power, for example. It’s got a great, flagship-tier battery, and on top of that, there’s a decent camera and screen thrown into the mix all for just over £200. It’s the kind of phone that makes you wonder why anyone bothers with flagships that cost as much as four times the price.

But now Motorola seems to have changed tack and is taking on the big boys at their own game. The Motorola Edge and Motorola Edge Plus have been released, boasting truly flagship specifications and sky-high prices to match; the Plus edition has a Snapdragon 865 chipset, and a 108-megapixel camera sensor but it will set you back by €1,200 (~£1050).

And that’s not the first time the rand has swung for the fences; the Motorola Razr was even more expensive and emulated the Samsung Galaxy Fold and the Huawei Mate X with a foldable display. In many ways, the design was actually an improvement, perhaps even influenced Samsung’s decision to launch the Galaxy Z Flip.

Moreover, there’s a potential gap at the top of the smartphone market right now thanks to Huawei’s recent travails with Google. Seeing as the brand can’t launch handsets with Google Mobile Services, including access to the Play Store for apps, there’s a potential opportunity that rival manufacturers could capitalise on. But if Motorola is to be the brand to make the most of this opportunity, then firstly it must have the specifications to match. So how does the Edge series compare to its close competitors? 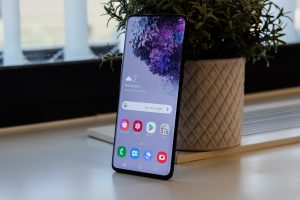 Samsung is the boss of the Android market right now, and their flagship handsets are the ones to beat in terms of popularity and performance; the Samsung Galaxy S20 series is currently the cream of the crop. From the base model right up to the frankly over-the-top Samsung Galaxy S20 Ultra, it’s hard to see Motorola making in-roads against this varied range.

The screens all are fantastic quality, touching 120Hz refresh rate compared to the 90Hz of the Edge series; the cameras are excellent, even though only the Ultra boasts the same 108-megapixel sensor as the Edge Plus. The performance is also super speedy (though Motorola’s newest flagship could trump European models which feature the Exynos 990 chip).

The choice for an up-and-coming flagship smartphone brand is surely OnePlus, which has very recently launched a new series of its own. Formerly associated with cut-price devices, the brand has reinvented itself as a genuine top-flight contender thanks to its Pro; it could even work as a model for Motorola to base themselves on. 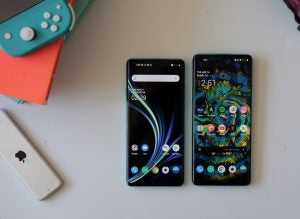 The current models are the OnePlus 8 and OnePlus 8 Pro. Both boast impressive specs too, equalling the Snapdragon 865 processor of the Motorola Edge Plus, and delivering some of the best screens available right now. One potential weakness is the camera, which is acceptable but certainly not world-beating and could fall short of the performance of the 108-megapixel sensor on the Motorola Edge Plus. But the advantage retained by the OnePlus 8 is its low price; at £599, it’s very hard anything better for the price.

Against both of these rivals, it looks like Motorola may struggle to compete right now, not merely in terms of the bald physical specifications, but also against years of valuable brand recognition that many consumers require before parting with so much hard-earned cash.

But that’s not necessarily the point of this new series from Motorola; it may well prove to be more a statement of intent than a genuine competitor at this stage. Merely showing off its full capabilities, and earning comparison with these esteemed premium brands may serve Motorola well as a launching pad for future success. More competition surely can’t be a bad thing for the consumer.