…But I’m trying to keep an open mind

Just months after spending billions on instant messaging service WhatsApp, Mark Zuckerberg has set his sights on the interactive future in buying Oculus VR, the makers of the Oculus Rift for $2 billion. What does this mean and is it good or bad news? Michael Sawh decides.

“We were in talks about maybe bringing a version of Minecraft to Oculus. I just cancelled that deal. Facebook creeps me out.”

Markus Persson or ‘Notch’, the man responsible for a little game called Minecraft, tweeted this shortly after Facebook announced that it slapped $2 billion on the table and shook hands with Oculus VR to buy the company responsible for the Oculus Rift virtual reality headset.

My initial reaction to this announcement was of disappointment, and I’m not sure that will disapate any time soon. I was willing to wait for Oculus Rift to be ready. The innovation, potential and ethos of the company earned my faith. And having had time to think about the deal, I am, like Notch, unsure I can show the same level of enthusiasm for the idea of a Facebook-branded/backed virtual reality headset. 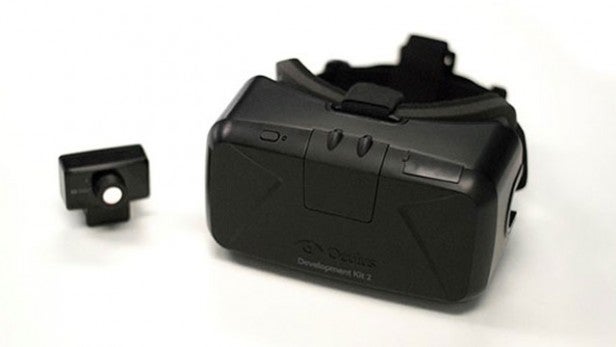 Click ‘Oculus Rift’ on the Twitter Trends box or check the Facebook comments below the announcement on the Oculus VR website and you can get a sense of the mixed reaction from developers, fans and Kickstarter investors who say they simply did not sign up for this.

The dream to be part of something as innovative as the Rift that didn’t involve Microsoft, Sony or Apple is rapidly turning into the reality that Oculus needed a big company to help accelerate progress. Sony’s move into virtual reality with Project Morpheus was the biggest indication that this needed to happen sooner rather than later despite all of the recent investment and funding. I’m sure Oculus fans understand this point, it’s really Facebook they’re objecting to.

When I spoke to Oculus at CES in January they were adamant that they would not push out a consumer model of the Rift until it was truly ready. Siding with a company the stature and with the user base of Facebook could speed production up. But the question I, and no doubt other fans are aksing, is Facebook the company to do this?

Can a company whose gaming expertise equates to being a platform for
games like Farmville and Candy Crush Saga be the best to drive
development of the Oculus Rift forward? I had faith Oculus had the
vision, I don’t hold the same faith for Facebook. 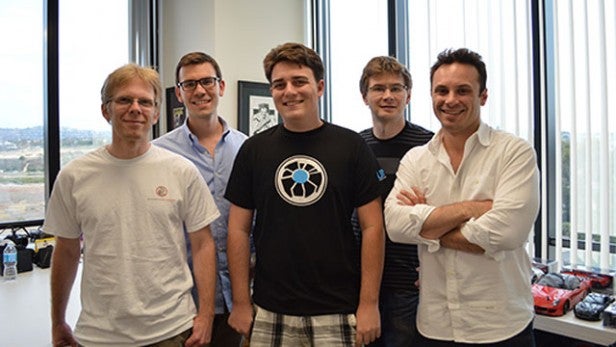 Will John Carmack and company still be smiling in a few years time?

Mark Zuckerberg clearly has bigger plans for the technology but says gaming is top of the agenda: “Immersive gaming will be the first, and Oculus already has big plans here that won’t be changing and we hope to accelerate.”

So what’s the bigger picture?

“After games, we’re going to make Oculus a platform for many other experiences,”

“Imagine enjoying a court side seat at a game, studying in a classroom of students and teachers all over the world or consulting with a doctor face-to-face — just by putting on goggles in your home.”

This shouldn’t be a surprise to people that are familiar with Oculus. It’s going to have far wider appeal than gaming and is something I certainly don’t oppose. The benefits for movie-makers, designers even people in the medical profession are there for everyone to see.

When CEO of Oculus VR Brendan Iribe spoke to Digital Arts Online back in July 2013, he talked up the surge of interest from non-gaming parties: “In the first 30 days on Kickstarter, we started getting almost inundated with emails from people in [nongaming] markets… A lot of them came from medical fields, the military, architecture, automobile design, even fitness. There were just so many people reaching out to us.” 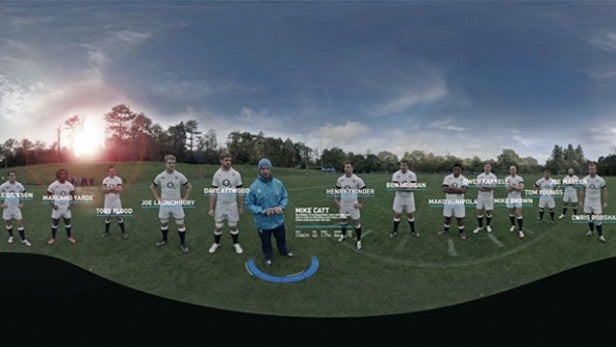 O2 has been using it to play rugby with the England team, even Tesco has been using it show the future of retail. One Oculus investor has compared the Facebook purchase to Google buying Android in 2005. That’s a bold claim for a product that’s still not the finished article.

How is Facebook going to use Oculus? No one is really sure but perhaps it will be creating a socially-driven virtual world. From the start, Oculus has talked about creating a ‘Metaverse’ so maybe in some kind of Second Life-experience, you will be able to step into a friend’s house living across the other side of the world and interact with objecs in the environment. There’s clearly some exciting prospects for the technology to be used in a social way. There’s no denying that.

The nightmare scenario, however, is that Facebook eventually slaps its logo on and builds its interface into the virtual reality headset. That isn’t what I and thousands of other gamers signed up for and Facebook has a long way to go to show it can be a trusted steward of this fantastic technology.

Clearly there’s potential in virtual reality becoming a vehicle for more immersive communication further down the line, but I don’t want Facebook to lose track of what makes the Rift great and blew me away when I put on the headset and grabbed that controller for the first time.

I’m willing to give them a chance to prove my fears wrong and you should too, but fans shouldn’t be taken for granted.