Away from the bright lights of the giant OLED 4K TVs, Oculus Rift rip-offs and Windows hybrids at the Las Vegas Convention Center – the epicentre of CES, the world’s biggest tech show – you might just stumble across Eureka Park. It’s here you’ll discover the smaller companies that have less financial muscle but are injecting real excitement into the tech industry.

Whether it’s universities or ambitious start-ups, the exhibitors in Eureka Park remind you that it’s not just about selling gimmicks as life-changing new features, or launching the same hardware with slightly upgraded specs just months after the last model.

Eureka Park is where the true innovation is happening, and these are just a few examples of how it’s being done.

Watch our video from Eureka Park at CES 2015

Connected Cycle – Smart Pedal
Some of the most interesting new ideas are surfacing from our European neighbours, with the Smart Pedal being one of our favourites. Aiming to reduce bike theft, Connected Cycle has been working on a pedal that should fit most bikes and syncs to your smartphone, letting you know exactly where it is and when it’s been moved. If you’re thinking you could just simply yank off the pedals, think again – only the owner will have the special coded key to remove them.

Working with existing cycling apps, it can also help you monitor cycling activity such as speed, route, incline and calories burned. When it comes to charging, all you need to do is keep pedalling, as it’s all powered by kinetic energy. Currently, Connected Cycle it looking to crowdfunding to get the pedal up and running, and should have no problem gaining interest for something that could have great appeal in cities worldwide. 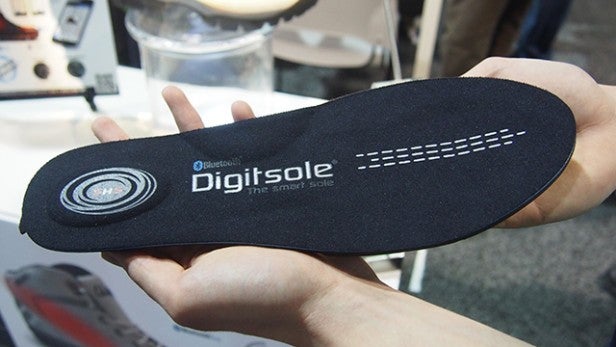 Glagla – Digitsole connected insole
One for the trekkers out there. This French-based company has produced a multi-layered insole that can fit into most shoe sizes and keep feet warm. Delivering temperatures from 30-50 degrees Celsius, the water-resistant soles use Bluetooth 4.0 to connect to your smartphone, where you can control how toasty you want each of the insoles to be.

Additionally, you can also monitor step count and calories burned if you don’t walk around with a dedicated activity tracker. You can get 7-8 hours of continuous heating, with a Micro USB port at the back of the insole to charge from a mains adapter or your computer. Glagla is also working on connected shoes with similar heating and activity-tracking powers, although they’re not likely to arrive until later this year or early 2016.

SEE ALSO: Audio tech to look out for in 2015 and beyond 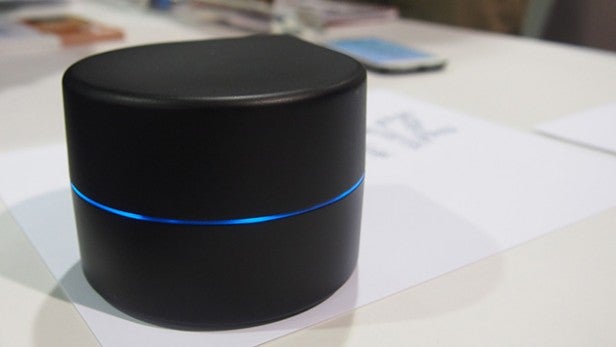 ZUtA Labs – Mini Mobile Robotic Printer
If you don’t have the room for a printer at home, Jerusalem-based company ZUtA Labs has successfully raised the funds on Kickstarter to launch this more portable option. Printing in black and white only at a maximum 300dpi, the robotic printer moves across the page and will work on any size of paper. Battery life is up to 1 hour and there’s Micro USB charging when you want to power it up again.

There’s an accompanying app from which to print documents, including PDFs, although it also works from Macs and PCs. It comes with a print cartridge that should last around 100 pages and is available in black or white models. If you want to own one, it’s available for pre-order at $199 (around £130) or $250 (around £165) when it goes on sale in September this year. 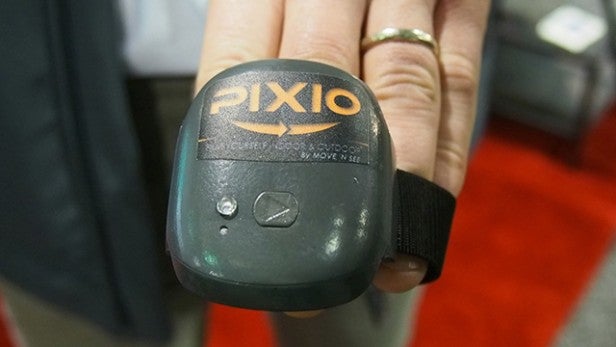 Move ‘n See – Pixio
The perfect example of a product solving a problem, this robotic cameraman can track movements and record footage at the same time, making it ideal for things such as analysing athletic performance or keeping a copy of your finest bike stunts. The setup is made up of two parts, with the mount sitting on top of a tripod with your camcorder or DSLR, and a sensor that can be worn around the arm or wrist of the shooting target.

It can track up to 100m and will work indoors and outdoors, automatically zooming in and out when you hit record. The Pixio is expected to go on sale for $749 soon, with the company planning a new Indiegogo campaign in the coming weeks.

SEE ALSO: Wearable tech to look out for in 2015 and beyond 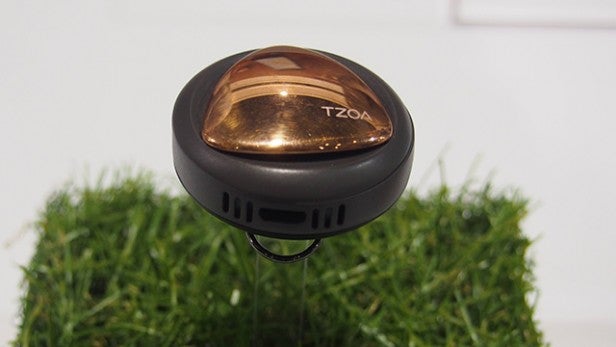 TZOA – Environmental tracker
A tracker striving to make a real difference, TZOA’s attractive-looking wearable can monitor and record the quality of the air around you, helping you to find the healthiest places to hang out or exercise. The built-in sensors also have the ability to monitor UV light, humidity and temperature to create a more comprehensive report of your surroundings.

The goal from TZOA is to help create crowdsourced pollution maps to help people get out of the smog or prompt towns and cities to make living environments healthier. After unsuccessfully securing the funds to get the project up an running on Kickstarter in 2014, it’s giving it another go in March this year to get the smart enviro-tracker into production. 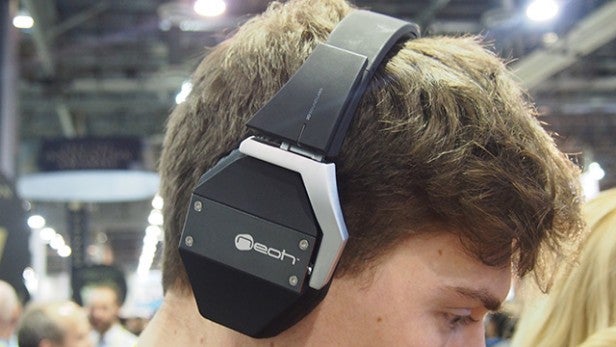 3D Sound Labs – Neoh headphones
Another great idea from our French counterparts, these smart headphones use 3D sound technology to create an immersive Oculus Rift-style experience but for your ears rather than eyes. To deliver a similar experience to a full-fat Dolby Atmos home theatre setup, the over-ear Neoh headphones pack head-tracking sensors with all of the audio processing done via an app that connects over Bluetooth.

With the ability to replicate 25 virtual speakers, as you move, these headphones will give a better sense of what direction the audio is coming from. 3D Sound Labs is taking the crowdfunding option to get the Neoh headphones out hopefully this year and are set to be priced below the $299 (around £200) price mark.