Google could be set to go to war with the EU, but what’s all the fuss about? We break down why the European Commission has the Android maker in its sights.

The European Union’s chief competition commissioner has reaffirmed her commitment to an investigation into whether Google abuses its dominant market position across multiple facets of its business.

Margrethe Vestager, who has been in the job for almost a year and has taken a special interest in Google’s practices, told the Wall Street Journal the ongoing investigation into Google and its parent company Alphabet remains a top priority.

So, what could this mean for Google and Alphabet? What could it mean for consumers who use products like Android, Google Maps, Search, YouTube, Gmail and other Google services?

Let’s take a look at what the EU commission will be looking it and how it relates to Google’s operations on the continent.

What does the European Commission do?

It has the power to act in two major areas. Firstly; it has the ability to halt proposed mergers if the combined size of the new firm has the potential to create a monopoly. For example, in 2013 it blocked UPS’ proposed acquisition of TNT, but this month approved a takeover bid from FedEx.

Secondly, it also acts as a watchdog over existing companies to ensure positions of strength are not abused. For example, Intel was fined over a billion dollars in 2009 for offering rebates to manufacturers for using its processors and for paying a retailer to sell only machines containing Intel chips. 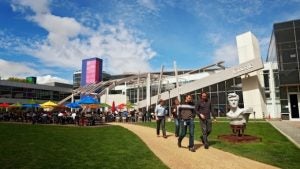 So why is the European Commission targeting Google?

Article 102 of the Treaty on the Functioning of the European Union shapes the Commission’s policy on competition, as relates to the investigation into Google.

The rule states: “Any abuse by one or more undertakings of a dominant position within the internal market or in a substantial part of it shall be prohibited as incompatible with the internal market in so far as it may affect trade between Member States.”

In over words, companies can’t abuse dominant positions in one or more markets in order to unfairly push their own services in a manner which is detrimental to others operating in the same market.

In this regard, Google is under investigation on a wide range of fronts, with Vestager threatening the company with years of litigation.

This isn’t just about Search

For the longest time, Google’s highly publicised antitrust issues centred around the positioning of its own products within Google Searches; its traditional area of dominance

However, this is much bigger. The EU plans to look at each facet of Google’s business individually, treating them all as separate cases, rather than simply highlighting Search, or the company as a whole.

Search is part of it. However, the commission will also place the firm under the microscope over whether its price comparison is unfairly prioritised over rivals’ services within Google Shopping.

Advertising practices are also under scrutiny. Is Google giving priority in organic search results to companies that pay it for advertisements, as recently alleged in India? The EC will seek to establish this.

Significantly, Android is also under scrutiny for the bundling of Google-branded apps, among other things, while the commission eventually plans to peer into other areas where Google enjoys dominance, such as online maps.

Vestager says: “Things are very different, what they have in common is that the name Google appears in each one. Therefore I do not think of it as one Google case but literally as different investigations and different cases.” 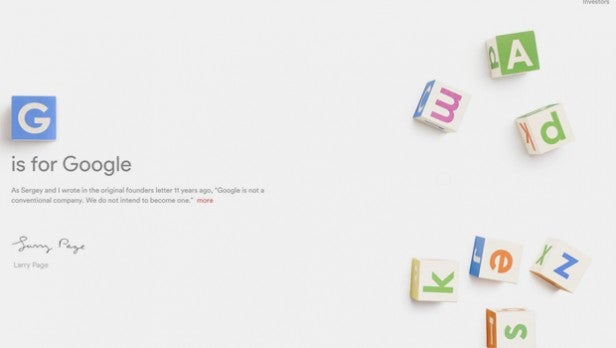 Could Google lose control of Android?

The dominance of the Android operating system gives Google a unique position in the smartphone and tablet market. Despite Android being marketed as open source, there are some caveats for manufacturers. The core OS ships with YouTube, Google Maps, Gmail, Search and many other Google core apps, which are certainly not open source.

While the tight integration of those services is part of the appeal for many Android users, it undoubtedly makes it more difficult for rival developers to make their own apps visible and thus to succeed in the marketplace.

For example, the current landscape makes it very difficult for Microsoft’s Outlook, OneDrive and Bing to gain traction in the top five European nations, where Android accounts for more than 71 per cent of smartphone sales.

Meanwhile, other manufacturers who wish to push their own services over Google’s can be denied permission to those popular branded apps via the Google Play Services API. Google calls it the “anti-fragmentation clause” and it’s why Amazon can’t make Gmail, YouTube or Google Maps available on the Kindle Fire.

Indeed, to gain access to the full Android package, manufacturers have to play by Google’s rules, which include making Google the default search engine.

The EU is looking into whether Google’s tactics were designed to intentionally stifle competition in the mobile market. The question the Commission will consider is whether Google is doing enough, in its dominant position, to live up to the requirement to make users aware of alternative services.

Margrethe Vestager told the Wall Street Journal: “[Android] is a different creature than the Google case because people don’t think so much about the operating system on their phone. But those who produce phones or sell phones or develop applications, they are very preoccupied with the operating system. So we give that a high priority.”

Of course, Google has pointed to Apple’s similar tactics and claims there are less Google ‘baseline’ apps pre-installed on Android phones than Apple puts on iPhones. This is an undeniable fact. It also claims its ‘out of the box experience’ and suite of apps helps its manufacturing partners to compete with Apple, which is, of course, more subjective.

Related: TalkTalk Hack: How to protect yourself

What could happen to Google if found guilty?

“A company that has participated in an anti-competitive agreement and so infringed competition law may have to pay a fine. The Commission’s fining policy is aimed at punishment and deterrence,” the EC states (Emphasis not ours).

The fines Google may face if found to have infringed competition law would surely be in the billions. The EU can impose fines of up to 30 per cent of the company’s annual sales. These get worse for repeat offenders.

“The starting point for the fine is the percentage of a company’s annual sales of the product concerned in the infringement (up to 30%). This is then multiplied by the number of years and months the infringement lasted.”

So the key word is deterrence. The EU will be seeking a change in behaviour from Google and an end to the (currently alleged) practices of abusing its dominant positions in various online and software markets.

Any findings against Google are highly likely to be challenged in the European Court of Justice in Luxembourg.

How could any decision affect users of Google’s services?

Android phones could look very different out of the box if the Commission starts dishing out those hefty fines to Google.

We could see a choice for default search and we may see the core Google apps unbundled from Android. That’d mean Play Music won’t be prioritised in any way over the forthcoming Apple Music app.

Would this undermine the Android experience many users have come to love? Absolutely, but this is not the Commission’s concern.

For all intents and purposes, if these sanctions were put in place, it would effectively see Android spun-off into a separate company within Alphabet, but outside of Google.

Meanwhile, if an eventual investigation into Maps also finds Google at fault we could also see changes there. For example, Google Maps may only be an option within Google Search results, while the reviews provided could come from Yelp or another player in the market just as easily as Google.

Regardless of any sanctions that would force Google into a change of tack, it is likely any changes are years away. The commission has been investigating Android for three years, yet charges were only filed in April.

If the potential for counter litigation is considered, it’s safe to say your favourite Google services won’t be changing any time soon.