Elon Musk is a billionaire facilitator of grand, world-changing technological projects. But one of his smallest scale and most personal ideas, the Hyperloop transport system, is also arguably his craziest.

Just what is the Hyperloop? When are we likely to see it built, if at all? And where can we get some of what Elon Musk is having?

We’ll have a go at answering most of those questions…

Elon Musk is a man who wears a number of hats, most famously that of PayPal’s co-founder. Another of those makes him the CEO and CTO of SpaceX, his private space transport company, while yet another makes him CEO and chief product architect of Tesla Motors, the company that made electric cars not just cool but viable.

Unfortunately, switching between these responsibilities involves Musk physically transporting himself 400 miles along the west coast of America, from Los Angeles to San Francisco. For such a hyperactively productive man, the inevitable dead time involved with such travel must be mightily frustrating.

On August 12, 2013, Elon Musk posted a white paper on his proposed solution – the Hyperloop.

We’ve all dreamed of fantastical ways to speed up our own personal daily commute. But Elon Musk is the only man who can then consider building it. 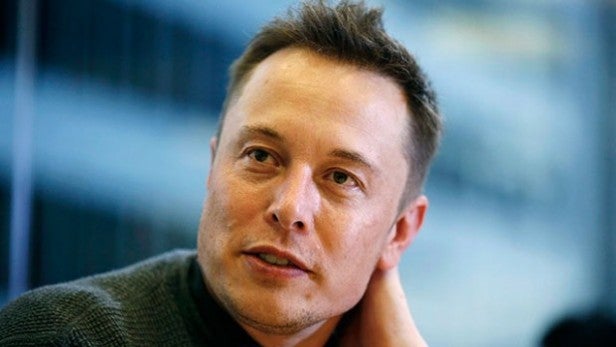 Hyperloop is a proposed futuristic transport system that promises to load passengers into aluminium capsules and shoot them through vast overground tubes, mounted on pylons, towards their destination.

This unique enclosed format permit speeds of up to 800mph, which would allow Mr Musk to complete his aforementioned 400-mile journey – that’s about the distance from Glasgow to London, by the way – in just 35 minutes.

The principle behind Hyperloop is to create a low-air-pressure environment within the aforementioned enclosed tube system. This would not need to be completely air tight, although not a total vacuum here – that would be completely impractical to maintain over hundreds of miles.

This low-air-pressure environment will be sufficient to allow the enclosed passenger-carrying pods to move through it with minimal air resistance, thus attaining extremely high speeds – much as an aeroplane cruises along at high altitudes.

Of course, unlike planes, these car-sized pods will need to be in at least partial or occasional contact with the ground, which raises the whole problem of friction. At high subsonic speeds, wheels would be impractical.

The proposed solution is for these passenger-carrying pods to create and skim along on a thin cushion of air, much like the principle used for air hockey pucks. So-called ‘air bearings’ have been shown to work at speeds of Mach 1.1, so would be perfectly fit for purpose here. 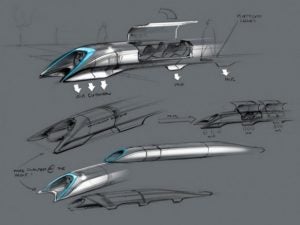 It would be expensive. Musk anticipates that the Hyperloop would cost $10 billion to build. Still, he also points out that this would be considerably less than the “several tens of billions” it would take to build an equivalent high-speed rail service.

Also, unlike said high-speed rail service, Musk believes that the Hyperloop system would be very low in maintenance costs. Indeed, the linear electric motors that would be needed to get the Hyperloop pods up to speed would be able to harvest all of their energy from solar panels situated along the length of the tube.

This is perhaps where our sun-deprived UK readers may feel a little dispirited. The odds of an economically viable UK equivalent look slim.

Where is Hyperloop at now?

The theory might be sound, but Hyperloop is still some way off being a reality.

On the latter front, at least, there’s been recent headway. Musk recently revealed that the first Hyperloop test track was set to be constructed, possibly in Texas.

This pilot system will be made available for companies and student teams to test out their own pod designs. There’s even the promise of pod races to determine the fastest design.

And because, y’know, it would be cool and stuff.

It’s probably a couple of decades away from seeing its first practical rollout, but Elon Musk’s fanciful Hyperloop system could well become a reality for certain awkward city-to-city journeys that are too far to tackle easily in a car, and too short to tackle practically in a plane.