Computing Editor Michael Passingham pays a visit to Electro Mart in Seoul, where he finds a geek heaven that puts the likes of Currys and Best Buy to shame. Some say he’s still there to this day….

It was inevitable I’d find myself in an electronics store at some point on my three days in South Korea. I should have expected that a country whose economy is known for top-level tech would celebrate consumer electronics, but Electro Mart is more than that. It’s a shrine for techies and a good half-day out for someone who’s (somehow) bored in Seoul.

Part of Electro Mart’s appeal is simply the variety of products on offer in a space that’s smaller than the average out-of-town Currys. But it’s not just that; it’s the appreciation that buying tech should be fun, not a chore.

Plonked next to a LUSH stand and an ‘A#’ Apple Store in the basement of Seoul’s Times Square Mall, you’d be forgiven for not expecting much of this place. It’s not just my job, but my moral duty to tell you why one of these stores is worth a visit.

Electro Mart’s superhero mascot is a bit of a tech fan himself. Found in the form of a life-size model at the store’s entrance and on posters and signs all over the shop floor, Electroman on hand to offer input on any given topic. 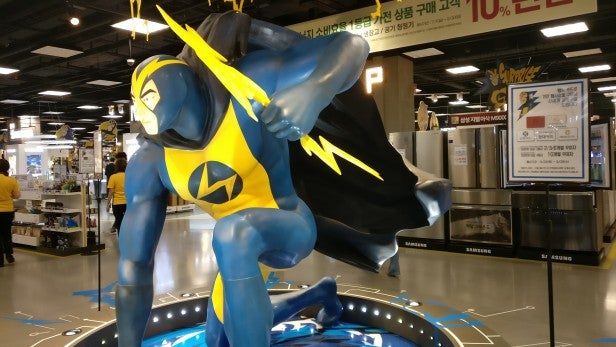 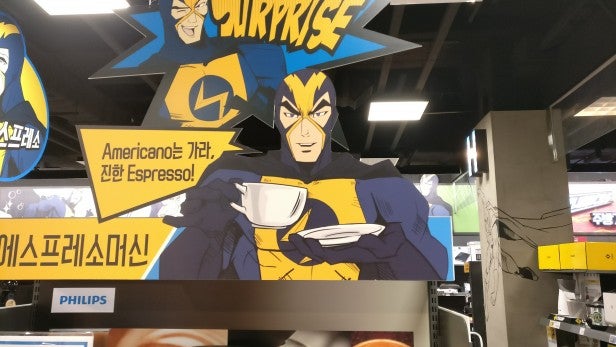 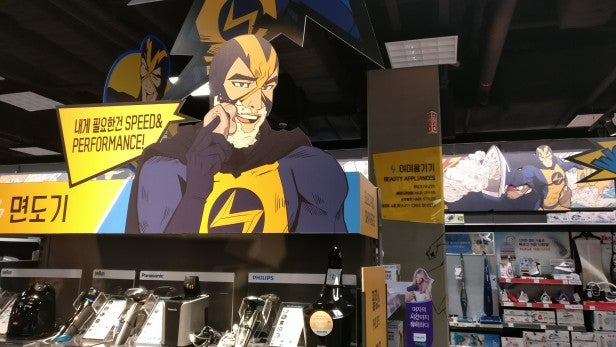 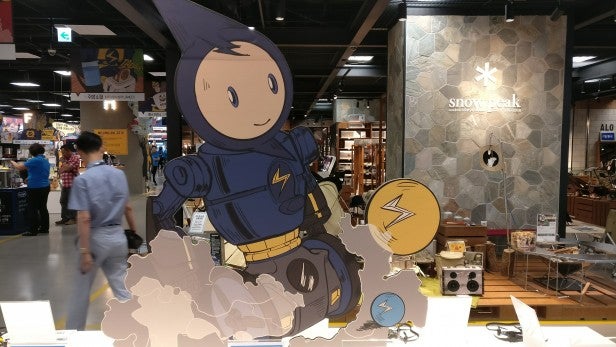 And his son is a robot…? 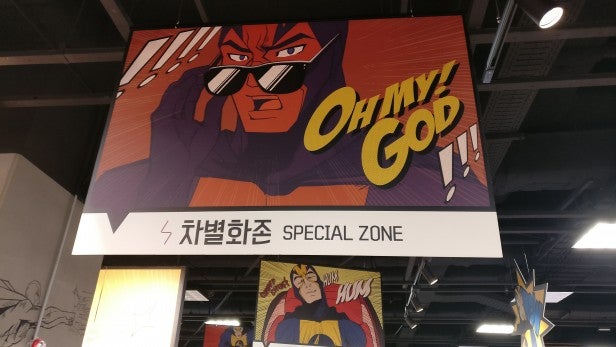 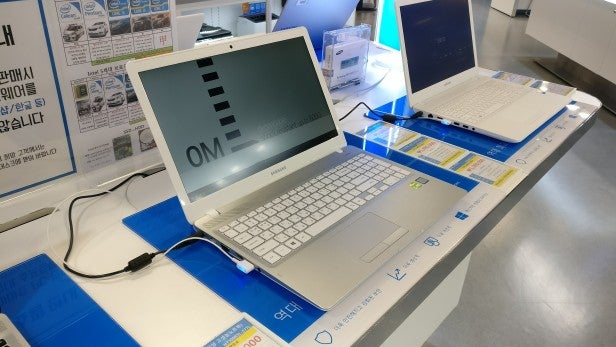 Guys, we’re missing out. Samsung and LG laptops are really quite good and I long for them to return to Europe. They might not offer anything substantially better than the current crowd, but given the fact that there’s only about six key players in the European laptop market these days, it’d be nice to see the two firms come and shake things up a bit.

A computing editor can dream. 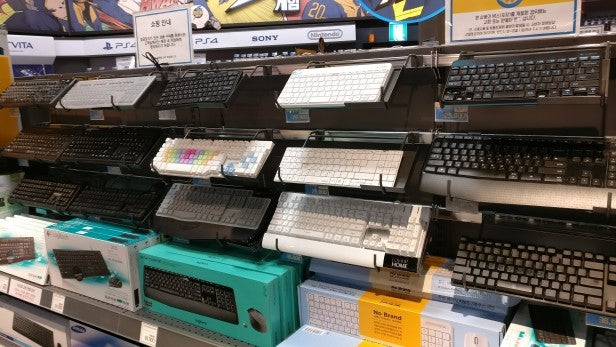 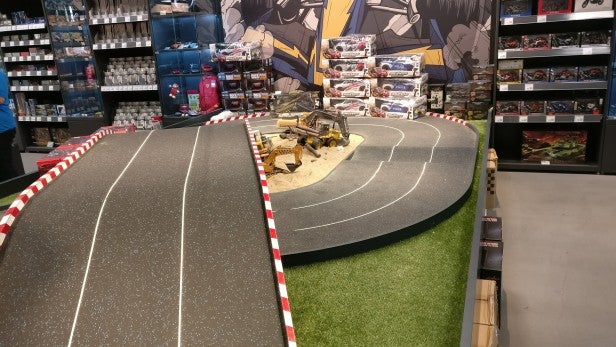 Not sure which RC monster truck you want to buy? Race it on the jumpy, bumpy figure-of-eight racetrack in the store. Sadly, there was no attendant present when I visited, so I had to make the V8 engine noises myself. 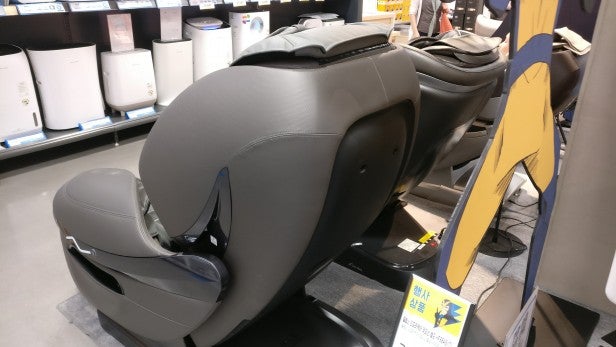 Another solid example of trying before you buy is the suite of massage chairs in which you can park yourself. Priced at well over the equivalent of £3,000, these are among the best you can get. They’re really quite aggressive, too, using all-too-real-feeling mechanical hands to massage your back, neck, arms, legs, hands, feet and… derrière. I sat in one for half an hour and nobody batted an eyelid, aside from the store attendant who politely requested me to take my shoes off. 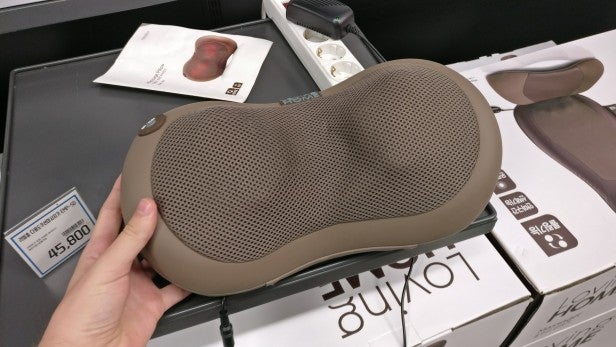 You can get yourself 3D printed 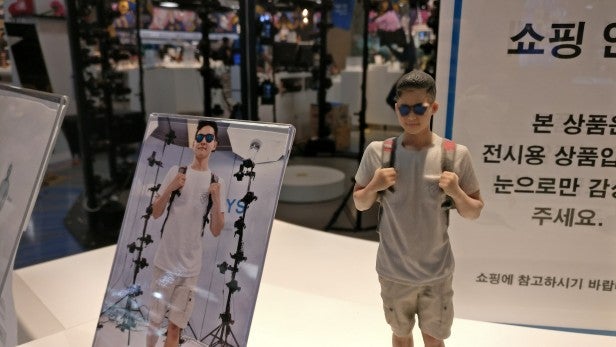 Not unique to Electro Mart, but if you have the desire to recreate yourself or a family member in plastic, you can. They look pretty damn realistic as well!

There’s a bar… with a foosball table 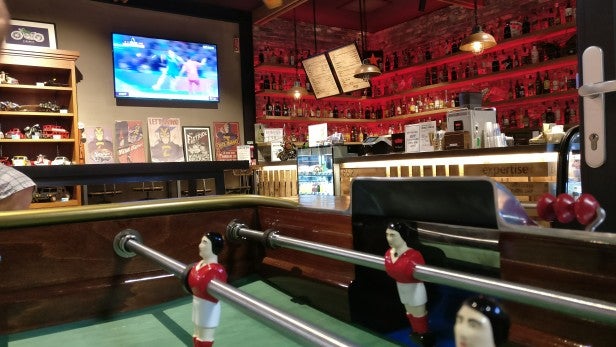 Don’t shop till you drop; take a break at the bar and unwind with a selection of beer, soju and unusual soft drinks. Then hammer your mates at table football.

You can buy craft beer 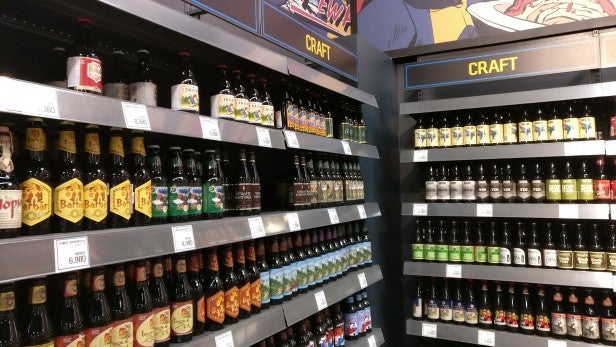 Not in the market for electronics right now? Head to the booze section to find a pretty bewildering variety of expensive American craft beers, many of which I’ve never heard of. There’s also a vast collection of soju in various flavours, which can be bought for around £1 each. Bargain. 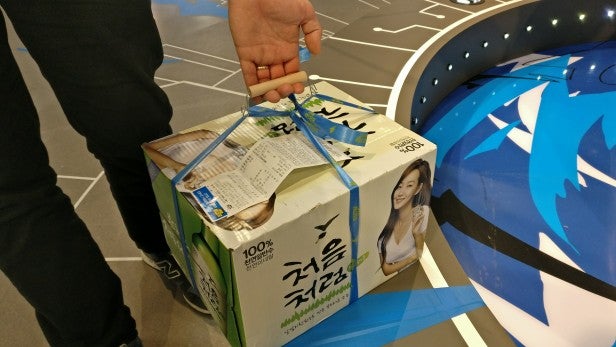 Stocking up on soju

There’s a model of Stan Lee 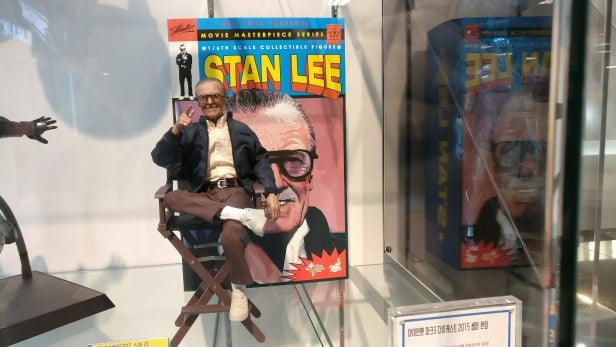 And Groot. And Iron Man. And other comic book types I haven’t heard of. 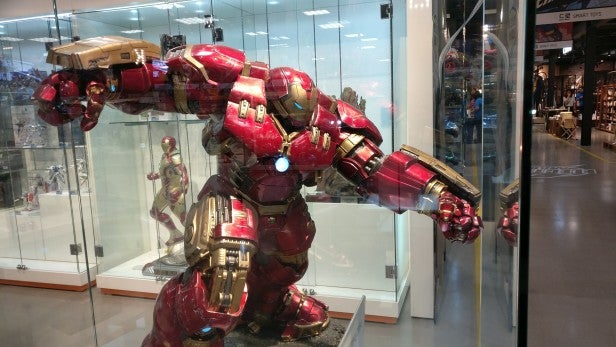 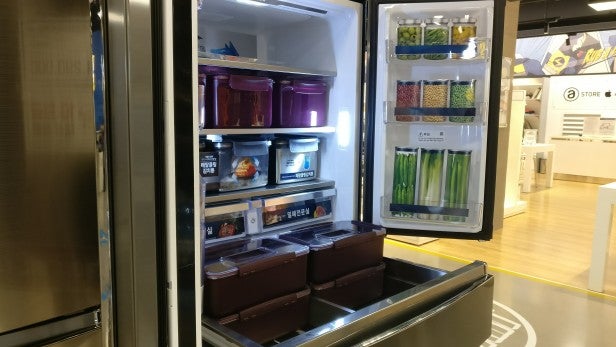 I like spicy rotten cabbage, and you should, too. Koreans love it so much they made a fridge designed just to contain it. These appliances differ from your regular fridge in that they get colder, run at a higher humidity and reduce airflow (according to Wikipedia, anyway) in order to ferment your cabbage just the way you like it. 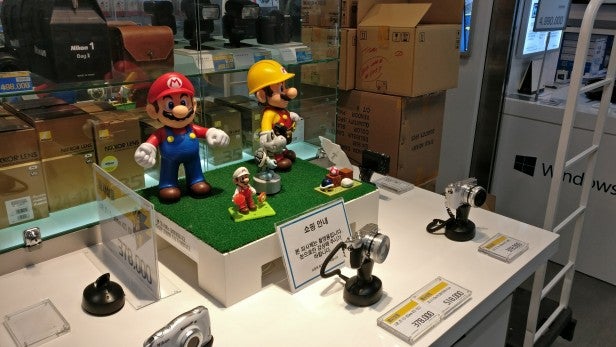 The various branded camera sections have different models to help you practice your shooting technique. One even had a tiny model railway to test out the cameras’ autofocus features, but by the time I arrived somebody had nicked the train, so I couldn’t appreciate it. Savages.

You can buy a grenade full of metal 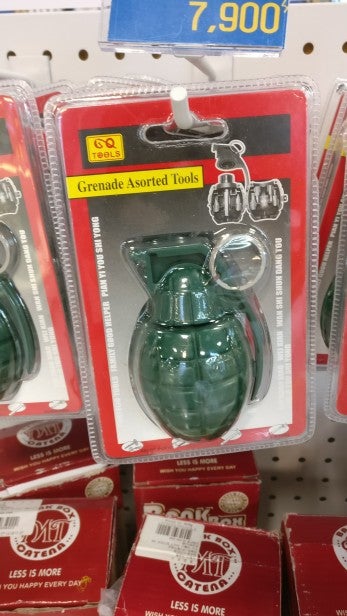 Speaks for itself. Don’t put it in your hand luggage. 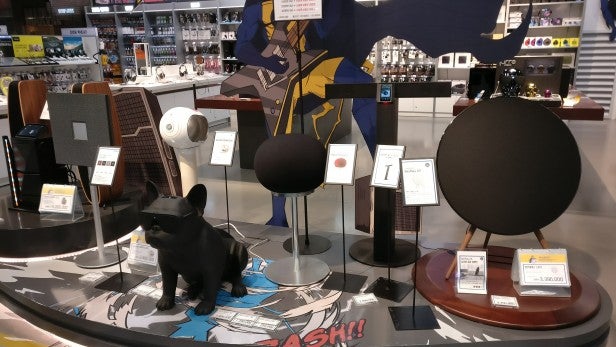 Every speaker imaginable is present. Even a dog-shaped one that inspired a social media posting that definitely deserved more retweets than it ultimately received.

And this tiny washing machine 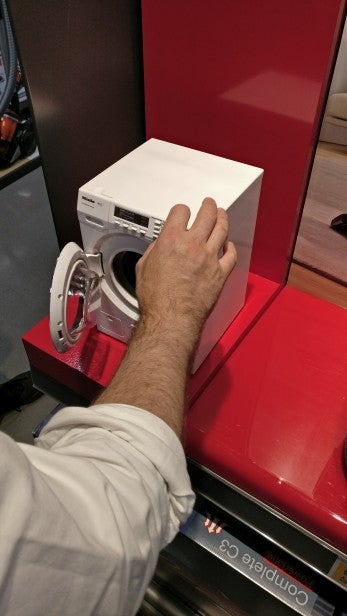 I don’t have any more information on this aside from the fact that it looks like it might actually work.

Yep, Electro Mart in Seoul is pretty damn incredible. Speaking of which…

Watch: This is Asus Chairman Jonney Shih – ISN’T HE INCREDIBLE?!

Been to any crazy tech megastores that top this? Let us know in the comments below.