Shadow of the Tomb Raider is the last chapter in a trilogy that has seen Lara Croft undergo a unique transformation. It’s a reboot that has shown players how Lara became the Tomb Raider we know and love while also ditching many of the stereotypes we’ve come to loathe about female video game characters.

Lara is a character of substance, undertaking a journey from timid adventurer to fearless explorer. For David Anfossi, head of Eidos Montreal, it’s always been about experiencing how Lara becomes the Tomb Raider by the end of the trilogy.

“This trilogy is all about Lara. If you look at the Lara Croft experience from the ’90s on PSone, it was all about spectacular things, [where she was] in total control. She was the perfect Tomb Raider, like James Bond,” he said. “For this trilogy we wanted to be more character-centric and that’s where it starts to be interesting for creative people. You see that in Tomb Raider 2013, she’s a teenager, she faced obstacles but she does not have any control, she’s overwhelmed, it’s all about surviving.

“It’s exciting to work with these strong characters and develop Lara.” 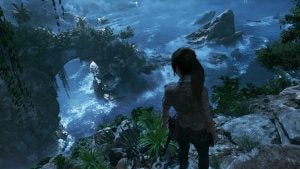 Eidos Montreal has also grown with Lara along this journey. Initially assisting Crystal Dynamics – the lead developer of the first two games – the studio has now taken over development duties for the final game, a responsibility which required some growing pains.

“We lead this one but it has been a collaboration at the beginning of it, with Crystal [Dynamics]. We’ve been part of the two previous games. In ’13 for the multiplayer, and Rise [of the Tomb Raider] with the single player, R&D, all the cutscenes. So of course we wanted to do a Tomb Raider here, as creative people it’s a huge franchise, a very interesting franchise with a strong character to work with.”

David went on to note that in the early days of development, getting all the creative minds from the different teams to work in harmony was a delicate balance.

“We worked with Crystal, mainly at the beginning because that’s where you define your story arc and how you’ll conclude everything. Having experts here who worked on the first two Tomb Raiders and bringing fresh blood at the same time and keeping this collaboration with Crystal was perfect. It was not an easy job because when you have talented people you have to ensure they can work together also, which is not a given, but it has been successful here, and having Crystal experts working with us on the story and everything was perfect.

“I believe that the combination of the strengths from both studios gave a very strong game.” 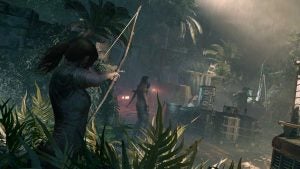 Eidos was given the keys to the kingdom and the responsibility to close out the trilogy, but before starting work, the team did its homework on the previous two entries, and this included being humble and listening to fan feedback, according to Anfossi.

“Even before we started conception of the design of a game, we do our homework, and for this one it was to read the feedback from gamers who played Rise or Tomb Raider ’13, and learn from that. Of course you have to be respectful of the initial idea of the origin trilogy, so you have to close the story, you cannot miss that, you have to be respectful to that story arc for Lara, but we learned a lot from the postmortem and reviews from the game.

David continues, “at the high level we decided that we wanted the game to be playable from beginning to end as soon as possible, because we learned that we wanted to make sure we have the right balance between platforming, story, tomb raiding, combat. We wanted to make sure the pace was right for this one, it was good in the two previous games but we could improve that and it has been a focus to provide the best balanced Tomb Raider experience to the fans.”

With this being the culmination of a journey, I asked David what he and the team hoped fans thought of Lara by the time the credits rolled on Shadow of the Tomb Raider.

“After all the previous games where she’s the perfect Tomb Raider and totally in control, it’s weird to say but as a gamer you will totally understand how she became the perfect Lara Croft we played in the mid-90s. But more than that, with the current platforms we have the new consoles and PC, the evolution of technical stuff, animation, all the stuff we can do now, I believe that now we truly have the Lara Croft, we understand the character. Even if the setting is just incredible, it’s the Hollywood setting, but she’s true, she’s grounded, you can understand her, what she faces.

“I believe that at the end of this trilogy, gamers will know who is Lara Croft, and why. That’s what we wanted when we decided to reboot the franchise.” 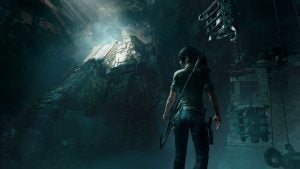 So while Shadow of the Tomb Raider will bring to a close a five-year journey that began in 2013, it will in fact return gamers to a place where we started all the way back in 1996. Only this time we will see a Lara defined by who she is, where she has come from and what she has done to get to this point, and not a pair of short shorts and dual pistols.

Are you excited about the new Lara? Let us know on Twitter @TrustedReviews