Is 8 inches the perfect size for a tablet?

EE has announced the EE Eagle, the cheapest branded 4G tablet we’ve seen to date. It costs £200 on a Pay As You Go deal, making it much cheaper than the 4G-enabled iPad mini with Retina display, and slightly cheaper even than the old Wi-Fi only iPad mini.

But is it anywhere near as good? Let’s take a closer look at how the two compare.

The key selling point of the EE Eagle is that it is quite cheap. You can buy it for £199 without a contract, or for £49 on a £15-a-month contract, which comes with 2GB of data.

There are some slightly cheaper deals available online, but nothing close to the EE Eagle’s price.

On contract from EE, the iPad mini costs £26 a month with a £49 up-front cost. So whatever we end up saying about the Eagle, there is a large price disparity. 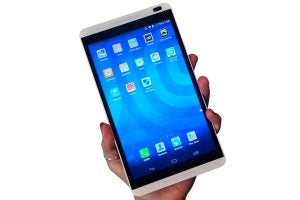 While EE-branded, the EE Eagle is actually made by Huawei, the company that makes several EE mobile devices. The Eagle is based on the Huawei Mediapad M1, which we took a look at back in February.

Both the iPad mini and EE Eagle are largely aluminium, but the iPad is a fair bit classier. The EE Eagle has a couple of plastic cut-outs on the top and bottom of the tablet’s rear that hide the SIM and microSD card slots, and house the camera lens. Cutting into plastic is a lot cheaper and easier than cutting into aluminium. 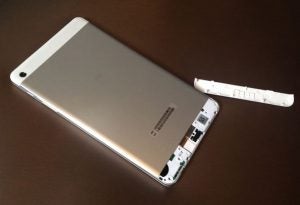 The differing aspect ratios of these tablets are important to note too. The iPad mini is a little squatter, which makes its weight distribution a bit better.

All considered, the iPad mini is a far superior design.

There are a few benefits to the EE Eagle, though. The memory card slot is useful and the speakers are front-facing, rather than sitting on the bottom as they do on the iPad mini. 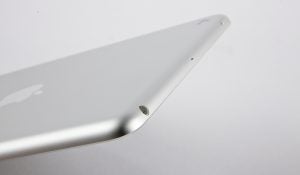 The latest iPad mini has a much better screen than the EE Eagle. Its resolution is much higher, 2,048 x 1,536 pixels to the Eagle’s 1,280 x 800, and general display quality is superior in the iPad too.

Resolution alone is a big issue for both the older model iPad mini and the Eagle. The Eagle’s screen does not look particularly sharp, with very obvious pixellation. As the iPad mini with Retina display has the same resolution as the much larger iPad Air, it is pin-sharp.

The Eagle and original iPad mini also have slightly weak-looking colours. Even the Retina iPad mini doesn’t have great colour reproduction, but is a step above. 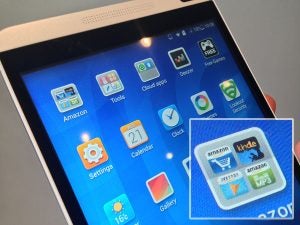 The Eagle and iPad minis have ~8-inch screens (the iPad’s is 7.9 inches), a good compromise of portability and display size. However, as we discussed earlier, their aspect ratios are quite different.

The 16:9 EE Eagle is well-suited to widescreen movies, but the iPad mini gives a great impression of having a large surface to work and play on thanks to its 4:3 aspect. For everyday use, we find the less widescreen approach better. 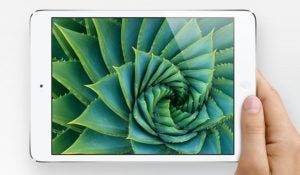 The biggest disparity between the EE Eagle and iPad mini is that one runs Android, the other iOS.

Both have wide app libraries, but the iPad mini offers many more apps that make better use of the larger tablet-scale screen. Many technobphobes also find iOS a bit easier to get on with than Android.

Another trip-up of the EE Eagle is that it uses a custom Huawei interface that we are not big fans of. It doesn’t look great and tends to introduce minor lag. 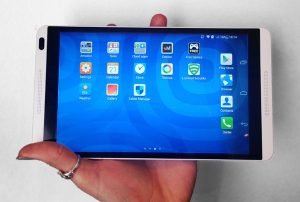 The EE Eagle’s 1.6GHz quad-core processor sounds impressive, but it is not as powerful as the Apple A7 chip of the iPad mini with Retina display, which is a 64-bit dual-core 1.3GHz CPU.

The Eagle’s CPU is made by HiSilicon, a branch of Huawei. And its chips are not quite as powerful as the comparable processors from Qualcomm, favoured by other Android manufacturers – which in turn aren’t quite a match for the Apple A7.

You will be able to play fancy 3D games on the EE Eagle, but the iPad mini is the much more technologically impressive device. Don’t be fooled by the numbers.

If you opt for the older iPad mini, you’ll get a processor that may at times be slower than the EE Eagle’s though. Apple made big upgrades to the CPU in the transition from the original iPad mini to the Retina model, and there’s quite a lot of frame rate issues in some of iOS’s most flashy-looking games when using an original iPad mini 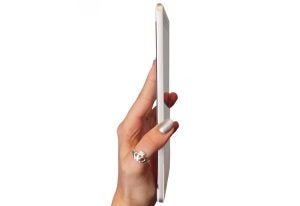 Both tablets have a fairly low-end 5-megapixel rear camera without a flash. These aren’t adept photography gadgets in the way many phones are these days. 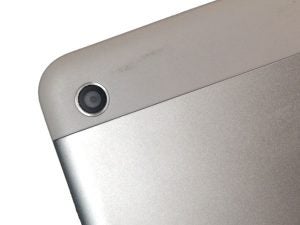 We expect the iPad mini to outperform the EE Eagle in image quality terms thanks to Apple’s generally good processing and exposure judgement. But we’ll wait until we get our EE Eagle review sample to come in before we make any conclusions.

The EE Eagle is nowhere near as good a device as the iPad mini with Retina display. Its screen, the core specs and the software are all a good few steps behind Apple’s tablet.

However, you do save a good deal of money in the bargain. Just make sure you know what you’re trading away before buying.