I’ve been cycling in London for years and I like it. I’ve never been one of the lycra brigade though – given my age it would make me a proper MAMIL (middle age man in lycra).

Aside from the fact I’d look like a hairy bag of particularly lumpy spuds I just don’t have the time.

The hour or so it’ll take getting into skin-tight lycra, cycling to work, showering and changing simply isn’t an option for me.

No, I tend to cycle the six miles to work in whatever I’ll be wearing for the rest of the day. As editor this sometimes means I need to look reasonably professional – shirt, shoes, trousers.

This has led me to cycle less and less over the past two years. Instead I get a train and bus in. The added bonus is that I get to catch up on emails, or the latest tech gossip, although it does cost me £7 a day.

Aside from getting hot and sweaty (or wet) the other major drawback of a bike is grease. I’ve scarred a fair few threads from oily chains. Not a good look when you’re about to head into an important meeting.

That’s why when I was offered a chain-less electric bike to review I thought “this could be the answer to my problems”. 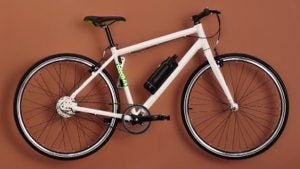 E bikes haven’t really taken off in the UK like they have on continental Europe. In Germany and Holland you see them being ridden by all sorts, even though the roads tend to be flatter than in the UK. Perhaps we’re unsure of a load of tech in a transportation device that hasn’t evolved much, in essence, over the past hundred-odd years.

The bike, a Gtech eBike Sport, arrived and I was a little disappointed. It looks like a normal bike, albeit with a carbon fibre belt as opposed to a chain. There’s not a hint of the Starship Enterprise about it.

I was expecting a bunch of buttons, dials, twisty handgrips and screens, but the Gtech eBike is actually dead simple – it doesn’t even have gears.

There’s a chunky, removable battery with a single, big button and four LEDs. It looks a little like a water bottle attached to the frame. Most people I’ve shown the Gtech eBike to don’t even realise it’s electric.

Over the past few weeks I’ve come to appreciate its simplicity and non-threatening nature, though. You really don’t have to be a tech-head to use this e bike.

The battery button has three simple settings, off, on and electric-assist. The latter gives you just a little support when the going gets really tough – for example when climbing a steep hill.

My only previous experience with an “e bike” was around twenty years ago. It had a small motor with a two rubber wheels you could clip onto the front wheel to power it.

It was awful. Battery life lasted a couple of hills rather than a few dozen miles and it was either fully off or fully on. It was as dangerous as it was horrible to ride.

Thankfully things have advanced enormously. The Gtech eBike provides power as you pedal which is, at first, an odd sensation.

Start pedalling and there’s a slight whirl and a boost of power to the rear wheel. It’s smooth enough that it feels manageable even if you’ve never ridden a motorbike or scooter. This is still very much a bicycle. 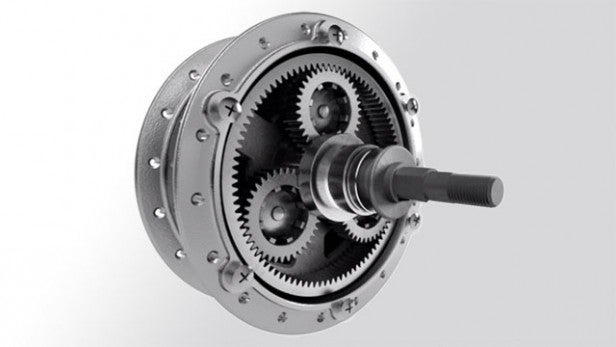 The real benefits in a city come from the nature of the stop/start cycling. Traffic, zebra crossing and stop lights mean that (if you’re a conscientious cyclist) you get to cruising speed only to stop a hundred yards down the line. And then you do it again, and again, and again.

Getting back up to speed is a doddle with an e bike. Without have to expend a lot of energy I’m back up to 15mph – the limit for electrically-assisted bikes in the UK.

Of course you can go faster than that, but you need to use your own steam to do so. Since the Gtech eBike only has one, medium, gear and hybrid tyres I found myself not quite getting the speed I normally would on my high-gear, single speed, road bike.

Having a motor and battery means e bikes are often heavier than their unassisted counterparts. For example the Gtech is 16kgs whereas my normal road bike is just over 10kgs. It’s still lighter than I expected, though, thanks to an aluminium frame.

With power on the extra weight has no impact at all, unless you’re carrying it upstairs, but when I ran out of juice I found myself having to pedal faster and harder to get to cruising speed than I was used to. 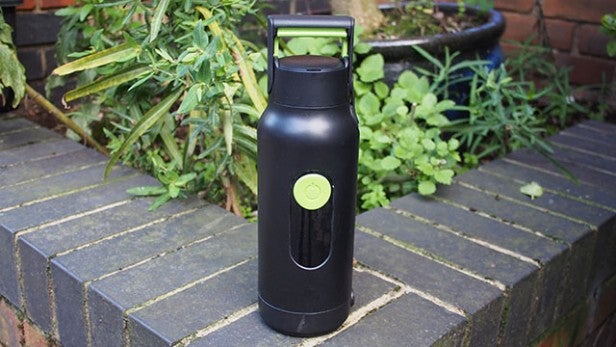 The battery has a claimed 30 mile range. 12 miles of cycling a day meant the Gtech lasted me three and a half journeys on a single charge. This can be a lot lower if you let the eBike do most of the work, or higher if you do more pedalling – the battery only takes three hours to charge fully once depleted.

On mornings I felt particularly lazy I’d hardly tax myself at all, letting the eBike pootle along cheerfully at 15mph. I found myself using the motor less when returning home, when I don’t care as much if I get hot and sweaty. My wife is blessed to have me.

The eBike also comes into its own on windy days – it’s a mighty boon over a normal pedal bicycle. The torquey motor just powers through wind resistance leaving me in much less of a puff.

Of course the other major cycling obstacle is the incline. If you live in a hilly location cycling can feel like a grind. The Gtech leaves you smiling where you’d normally be grimacing.

The one instance I found the electric motor to be more of hindrance than a help was in heavy traffic.

Weaving through the slim gaps between virtually stationary cars, taxis and buses in central London requires precision and close control, and I found the Gtech eBike’s motor provided a little too much boost.

After a couple of days of finding myself overshooting gaps or powering a little too closely to other cyclists or motorists I found turning off the motor until the road opened up the most sensible course of action.

Journeys to my office take about the same time with an ebike as they do on my normal bike – between 25-30 minutes depending on traffic and my luck (or lack thereof) with red lights.

As I’ve already mentioned I manage to get a better top speed on my road bike compared to the Gtech, but the electric motor helps me accelerate far more quickly from stationary starts.

I do find myself taking fewer risks when riding an ebike. Accelerating to get through amber lights or to squeeze ahead of a bus so as to minimise stopping and starting isn’t as necessary when getting back up to speed doesn’t require copious amounts of thigh pumping.

Unless your journey has a lot of inclines you shouldn’t see a significant improvement in journey times using an e bike.

Should you give up my road bike and buy an electric bike?

E bikes provide a balance between exercise and convenience. I have certainly found myself cycling more since I’ve been using the Gtech over the past three weeks.

However, if you’re more of a hardcore cyclist, if neither snow nor rain nor heat nor gloom of night stays you, then an ebike isn’t for you.

Then there’s the cost to consider. In the grand scheme of cycling the £1,095 the Gtech eBike is priced at isn’t too expensive. However, you can get good commuter bikes for half that amount. It should be noted that there are plenty of cheaper e bikes around too, but we’ve not tried them yet. We will be testing some out before we fully review the Gtech.

What about if you don’t cycle as much as you should because you don’t want to get too sweaty? What about if your knees are a bit weak and you want a gradual reintroduction to cycling? What if your commute comes with a bunch of hills?

In those cases an e bike makes a lot of sense. It gives you just enough support, makes it just that bit easier, to get you rolling when you’re not really feeling up to the task.

The Gtech eBike is available in Sport and City configurations and can be bought directly via the Gtech website. There’s even a 14 day home trial where you can use the bike and return it if it’s not for you, as long as it’s still in good nick.