The Xbox One exclusive service is currently in beta and you can be sign up for it in Australia, Austria, Canada, France, Germany, Ireland, Italy, Mexico, New Zealand, Spain, the UK and the US. There’s no word on wider availability at present, and it won’t be coming to PS4 any time soon.

This isn’t a game streaming service like PlayStation Now. It’s more like an EA exclusive version of PlayStation Plus or Games with Gold, where you get download access to a handful of titles – albeit all from EA’s library. You still have to pay a fee per month (or per annum), but after that you’ll get unlimited access to the select games with the EA Access Vault.

But there’s a caveat. Unlike PS Plus or Xbox’s Games with Gold, there’s currently no regularity as to when you’ll be gifted with a new title with EA Access.

If you’re interested in the service, you need to download the EA Access Hub app for your Xbox One from Xbox Live and it all works from there.

You’ll need to remember that this is a service that is still in beta. Subscription prices and perks are subject to change before the full launch, as is the games line-up and other details.

Until it comes out of beta, you’ll find everything you need to know about the service below. 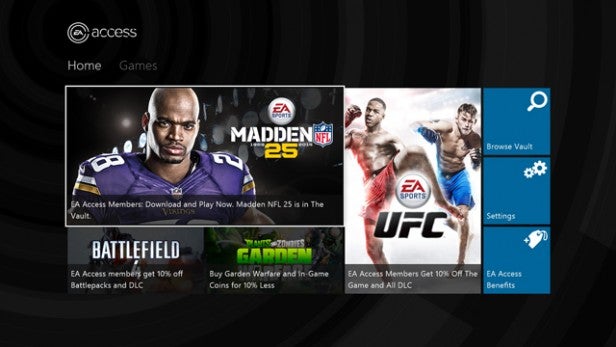 For you Xbox One gamers, you can subscribe to EA Access on a rolling monthly basis for £3.99 per month. If you opt for the £19.99 full year membership, you will save a little over £2 a month for the EA Games service.

You can subscribe via the EA Access Hub app and you can pay with your debit/credit card or PayPal.

Xbox Live Gold is a £5.99 per month commitment, or £39.99 for the year membership. As with PS Plus, you’ll get access to Xbox One multiplayer gaming and get four free games a month (two each for the Xbox One and Xbox 360).

Do I need an Xbox Live Gold account as well?

Not technically. If you just want to play the EA Access titles, you can have that membership independently of an Xbox Live Gold account.

However, if you want to access the multiplayer portions of the EA Access titles, you will need to pay for the Xbox Live Gold membership on top of your EA Access payments.

EA Access does require an EA Origin Account to function too, but this is free to sign-up for and can be used for the PC/Mac gaming store EA Origin.

The main appeal of EA Access is The Vault. Now this might not be the most attractive sounding gaming service, but this is what houses the collection of the big EA names that you’ll be able to download and play in full for the entirety of your membership.

Similar to PS Plus and Games with Gold, as long as you have the games installed on your Xbox One hard drive and continue to pay the EA Access membership fees, then you can play all The Vault games indefinitely.

It’s not known whether games will come and go with EA Access, or how frequently new titles will be added. Hopefully EA Games will give us some more information as the service gets closer to full launch. 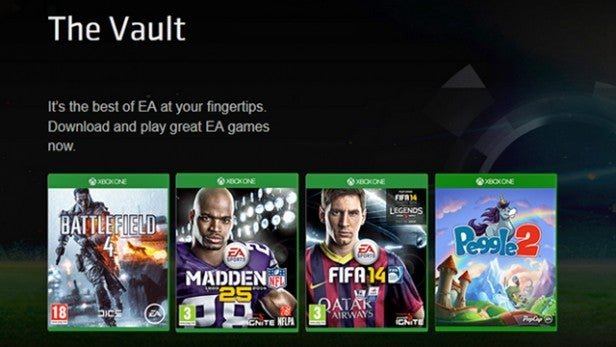 As EA Access is currently in beta, the developer is offering access to four games with unlimited use to test the service. EA states that even with the current limited offerings, you’ll be getting over £100 worth of games for just £3.99 a month.

For now, The Vault is home to:

The plan is to add more EA titles in the future. However, what we don’t know is what titles those will be and how often you’ll get access to fresh games. There’s no guarantee you’ll get fresh games every month as with PS Plus and Games with Gold.

Currently the game selection isn’t too appealing, so we’ll personally be waiting until the service gets on its feet a bit more. But if you’re interested it could be worth paying the cheaper £19.99 year option, so you jump on board in the early days and potentially get a cheaper deal for being EA’s guinea pig.

Will I get any exclusive perks?

It’s not just The Vault that you’ll get with an EA Access subscription. Those signed up for the service will get access to exclusive EA Access Trials.

Five days before release you’ll get early access to upcoming EA Games to play for a limited time. Come release day, if you decide you’d like to play more you can purchase the game in full and just carry on with your save game progress. 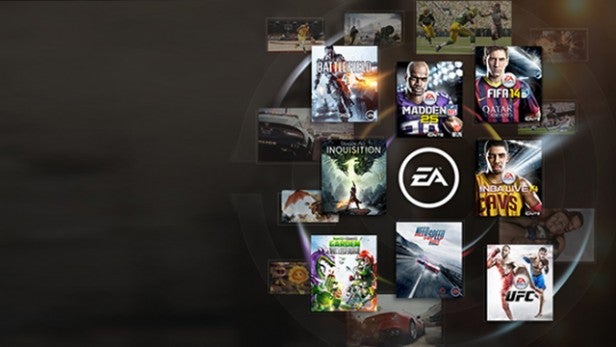 Why isn’t it available for PS4 gamers?

Sony was apparently offered EA Access for the PS4, but turned it down because it believed the service wasn’t good value for PlayStation gamers.

“We evaluated the EA Access subscription offering and decided that it does not bring the kind of value PlayStation customers have come to expect”, said Sony in a statement at the time.

“PlayStation Plus memberships are up more than 200 per cent since the launch of PlayStation 4, which shows that gamers are looking for memberships that offer a multitude of services, across various devices, for one low price. We don’t think asking our fans to pay an additional $5 per month for this EA-specific program represents good value to the PlayStation gamer.”

For those of you thinking EA Access could just be a timed Xbox One exclusive, it looks like PS4 gamers might never be offered the service.