In just over a week’s time, the gaming world will descend on the Los Angeles Convention Center for the annual Electronic Entertainment Expo. What can we look forward to seeing there?

Begun, the Console Wars have
Ok, now it’s on. Microsoft
disappointed hardcore gamers by playing up the TV and multimedia
features of the Xbox One during its big reveal last month and Sony
disappointed, well, everyone with its console-free PS4 ‘reveal’ back in
February.

E3, then, is a chance for both Sony and Microsoft
to show off what their new consoles can really do. Both consoles have
new controllers and we will be interested to find out just how well
Kinect works as the default navigation method for the Xbox One and if
features like heartbeat monitoring are anything more than gimmicks. 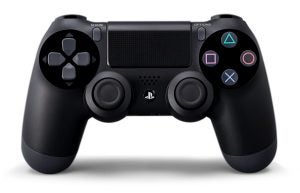 The
PlayStation 4’s new controller is still an unknown quantity too. The
integrated touch panel ought to open up new control methods to any
developer that cares to code for them and the whole controller has
reportedly been rebalanced and fine-tuned for the best responses and
feel. We shall see.

Xbox Live Director of Programming, Larry “Major Nelson” Hryb responded to criticism of the perceived TV-bias by tweeting:
“I can confirm that we will have TV’s (or similar) on stage to show
games. That should be the extent of TV talk in your #E3.” Sure enough,
Microsoft will kick off its E3 with a 90-minute press event called
“Xbox: A New Generation of Games Revealed.”

That said, we would
be surprised if someone from Microsoft didn’t at least mention the live
action Halo TV show, particularly if Steven Spielberg really is
involved.

Sony is in an interesting position here in that it didn’t
push the PS4’s TV/Multimedia features in its February product launch, but did promise more information down the line. E3 would be as good a
place as any to get everyone up to speed with how the PS4 will serve up
video and music ‘content’ but our gut feeling is that, with Microsoft on
the back foot with gamers, Sony’s press event will also pile on the
games in an attempt to claim the position as the gamer’s platform.

The
PS4’s lead architect, Mark Cerny, would have us believe that Sony has
the titles to back that up. In an interview with Gamasutra last month he
claimed, “The launch lineup for PlayStation 4 is going to be stronger
than any prior PlayStation hardware.” Not that we expect Microsoft to be
a slouch in that department either, of course.

You can read our Xbox One vs. PS3 comparison to see how things look right now.

New Halo and Gears of War 5 to launch Xbox One? 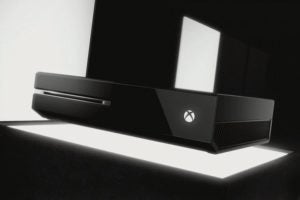 There’s
going to be a new Halo game, isn’t there? A world where an Xbox console can
launch without Master Chief clunking his way around is not a world we
want to live in. A new title in the Haloverse has been confirmed, but
will this be a direct sequel to Halo 4, another outing for the ODST or
something new? Whatever 343 Industries has planned we expect it to be a
key part of the Xbox One launch line-up.

Similarly, Gears Of War 5
will likely stick its head out from behind cover to let us catch a
glimpse of its ugly mug. Plot-wise this one could easily reboot the
franchise with a new main character and even setting. Of most interest will just what a Gears game without Cliffy B at the helm will actually feel like.

See the rest of the confirmed Xbox One games.

New Sony exclusives
In
the absence of the PlayStation 4 there are still some juicy PS3 games
being released. Naughty Dog’s twist on the survival horror genre The
Last Of Us is sure to feature heavily.

We are also looking
forward to a closer look at upcoming Rain, where you play an invisible
boy who is searching for an invisible girl through a city of endless
rain. That rain, of course, reveals your presence as your invisible body
distorts the raindrops. The game looks absolutely beautiful and the
early previews had more than a whiff of PS2 classic Ico about them,
which is no bad thing.

There is another (no, not the Wii U)

Valve’s
Gabe Newell has said that the company will not be exhibiting at this
year’s E3, but that doesn’t mean that the Steam Box is necessarily going
to miss the event. As Xi3 hasshown, in theory anyone can make a
‘Steam Box’ – they are basically just PCs. Could we see a few more
candidates pop up at E3?

Whatever happens, it looks unlikely
that we will be getting our longed-for reveal of Half Life 2: Episode 3
(or even ‘Half Life 3’) but that won’t stop us saying a silent prayer to
the gods of Gaming that Newell’s announcement was a fake-out.

Other
PC exclusives to watch for are Elder Scrolls Online, which is shaping
up rather nicely to bring Skyrim-quality RPGing to the MMO world. 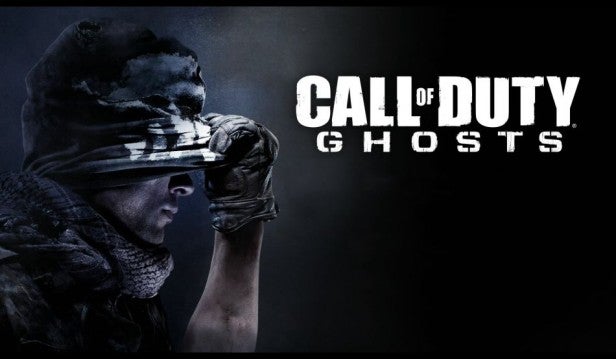 Ok, now let’s talk about the Wii U.
Nintendo’s own next
gen system will be at E3, of course. The Wii U may have taken a bit of
sales beating of late but Nintendo isn’t taking things laying down.
Although deciding against its usual presentation, Nintendo will be
holding a special press event during which it will be showcasing some
new games for the Wii U. The exact titles are under wraps, but Nintendo
was kind (or canny) enough to release a teaser image featuring the
silhouettes of several popular characters.

From
this, we can be fairly certain that new games are coming that featuring
Mario – both solo and with his brother, Luigi – Link from The Legend Of
Zelda and the veggie creatures from Pikmin.

Super Mario Galaxy
will get a Wii U outing in a direct sequel to Super Mario Galaxy 2 on
Wii. Also strongly rumoured (and leaked via an Amazon listing) but not
yet seen is a Wii U port of upcoming shooter, Call Of Duty: Ghosts.

Big cross platform games
EA
will be giving us our first look at FIFA 14 on the next-gen machines.
FIFA games are usually just incremental improvements between releases, but EA does like to pull out the stops for a new platform. Just how
photorealistic can CG footballer hair get?

Bethesda is said to be preparing a major new release and its practice of
alternating between Fallout and Elder Scrolls games should mean that
Fallout 4 will be shambling towards the Los Angeles Convention Center to
be born. Fallout: New Vegas wasn’t a huge leap forwards from Fallout 3
in terms of gameplay, although the new setting was a welcome surprise
but we have high hopes that the 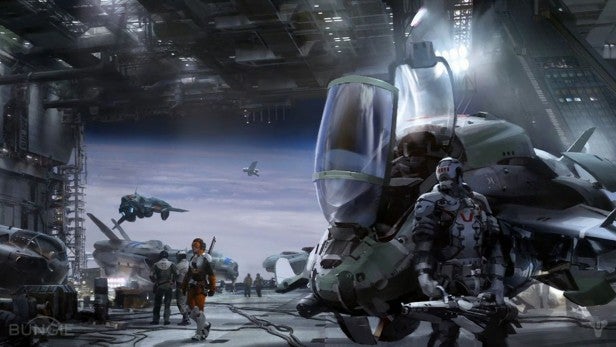 Meanwhile, Halo’s original developers Bungie is set to show off its ‘persistent shared-world shooter’, Destiny. Not quite an MMO, Destiny
will incorporate multiplayer elements and an environment that can be
affected by events in the shared world as a whole, while still somehow
having a single-player and co-op campaign. As a departure for Bungie,
this won’t be an Xbox (360 or One) exclusive but will also appear on the
PS3 & 4.

Ubisoft will be bringing its new South Park game to
E3 alongside surveil-em-up Watch Dogs and the new Assassin’s Creed
sequel, Black Flag. As well as these current-gen titles, Ubisoft has promised some next-gen surprises. Nothing confirmed as yet although
rumours point to 3rd-person adventure Anubis and new racing franchise
The Crew but there are said to be at least four more titles in the wings
for Xbox One alone.

New technology
The
Oculus Rift virtual reality headset got its first proper public demo at
E3 2012 and in the ensuing year we have seen a number of developers publicly praising the system as well as that funny and rather touching
viral video of a 90
year-old woman getting her first taste of VR but still no consumer
version. That is still slated for release next year but we hope that
Oculus VR Inc. will be showing off some more complete games and tech
demos at E3 that will give us a better idea of what the average gamer
will be able to do with it when it does hit the market.

2013
could be the year that 4K gaming really takes off. The Xbox One will
support 4K gaming out of the box and although the PS4 only plays 4K
videos by default, 4K gaming is rumoured to be coming. Given the Xbox
One, we would expect Sony to be giving the team responsible a bit of a
prod.

To actually play games in 4K resolution you will need a
suitable screen. Samsung, Sony and the usual TV manufacturers have
high-end tellyboxes for this kind of thing but PC-maker Asus is also
launching a dedicated 4K gaming monitor which we will be very interested
to gawp at.

Surprise!
The one thing we can be
certain of is that E3 2013 will have some surprises up its sleeve.
Actually, a convention centre with sleeves would be surprise enough. Bad
metaphor.

Previous E3 surprises have included Portal 2, the Wii Motionplus controller and Kinect. What will knock our socks off this year? Whatever happens, be sure to check with trusted Reviews for the latest news from LA when the show kicks off on 11 June.

Next, read why the PS4 will be more powerful than the Xbox One