There’s just a week left to wait until this year’s E3 expo kicks off in Los Angeles. As usual, there are enough games expected to show than most people could play in a year. But which ones should you hold out for? We’ve feasted on rumour and conjecture to find the games, hardware updates and new software apps that will change the face of gaming this year and the next.

Grand Theft Auto V
After the slightly grim, grey Grand Theft Auto IV, the fifth GTA game is set to brighten things up again. Set in Los Santos – based on Los Angeles – you can expect plenty of sun and scenery. And we can’t wait for a bright of that brightness to return to the series. Rockstar released a trailer for the game way back in November 2011, but since then Rockstar has been fairly quiet on the project – much more is expected to be revealed at E3. The game will reportedly launch in Q1 2013.

Borderlands 2
A less serious, more action-orientated alternative to Fallout 3, Borderlands was one of the key gaming delights of 2010. Its sequel, Borderlands 2, is set five years after the first game – soon enough to let some of the colourful characters of the original make a return. Expect plenty of the same over-the-top style, a reprise of the action-RPG gameplay and even more guns. Plenty of gameplay videos of the game in action have already been revealed but we’re hungry for more. It’ll land in September 2012.

Halo 4
Could this be the last “canon” Halo game to come to the Xbox 360? Halo 4 has been teased so long that a search for teasers will net you the video pumped out for last year’s E3 convention, which you can watch below. Halo 4 reprises Master Chief’s story following Halo 3, launched all the way back in 2007. Sure, there have been other Halo-series games since – Halo Wars, Reach and ODST – but this is the first to snap back into the rails of the earlier games. The game was originally announced at last year’s E3, and is pegged for a release in November 2012.

Forza:Horizon
While Gran Turismo 5 was slowly pootling its way towards a release after 2005’s Gran Turismo 4, Forza was given plenty of time to snatch many racing fans from its clutches. And it was remarkably successful in doing so. However, Forza: Horizon is something different. It’s shaping up to be a more open-world, potentially more casual-friendly game that doesn’t follow rigidly to the tire tracks of Forza 4. Could this be the game that Test Drive Unlimited 2 should have been? It’s headed to the high street in Q4 2012.

Yet Another Star Wars Game
The next Star Wars game is to be revealed the day before E4 on US TV channel Spike TV. What is it? At present we don’t know, but rumours suggest it may revolve around the Boba Fett bounty hunter character. The last time the hugely popular side character got to take the lead in a game was back in 2002 with Star Wars: Bounty Hunter, released for Gamecube and PlayStation 2. No release date is available yet, but we’ll know a whole lot more by the time E3 starts. 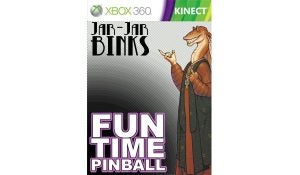 X:Com Enemy Unknown
Gamers who were tapping on keyboards and clicking on mouse buttons back in the early 90s can’t fail to have warm memories of X:Com Enemy Unknown. A turn-based strategy game where you had to protect the world from alien invasion, it became an iconic title of the decade. And now they’re remaking it. It seems to keep a similar play style, but there’s reason to be wary – several games of the X:Com series have been released in the past 15 years, and none were anywhere near as good as Enemy Unknown and its underwater sequel, Terror from the Deep.

The first Crysis game became the graphical benchmark for first-person shooters at its release in 2007. As is almost always the case these days with PC-based game series, though, it eventually moved onto consoles with its sequel Crysis 2. What’s Crysis 3 all about? It’s set in a city abandoned after it was overtaken by an alien race known as the Ceph (short for Cephalopods). Now overgrown, it should provide an environment somewhere between the outdoorsy jungle of the original Crysis and the urban sprawl of Crysis 2. It’s set for release in 2013.