10 tips for anyone starting out with DOTA 2

DOTA 2 can be an extremely daunting game for new people to get into. They see an enormous hero pool, hundreds of items and hear about a toxic community and are immediately put off.

“It’s too much to learn,” cried one of our friends, “What if I’m bad?” shouted another. We’ve had enough of questions like that so we’ve constructed a simple list of our top 10 tips for new players to DOTA 2.

Not everyone in DOTA 2 is out to hurt you. These are just people who have invested a lot of time in the game and get frustrated when they lose. It could happen to anyone after all.

When you jump into your first online game be willing to learn; ask your team mates for advice, listen to their suggestions and you’ll slowly start to pick up the basics of engaging against another team of people online. 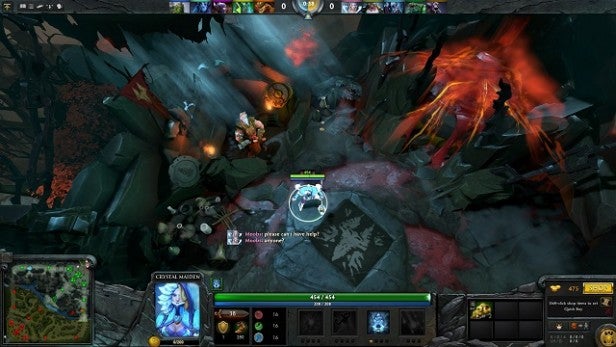 There are over 100 heroes in DOTA 2 and not all of them are beginner friendly. You might think Invoker’s strange sexy hair makes him your perfect hero, but he isn’t. You might think Visage and his flying ghouls look like something out of your favourite book, but they aren’t. There are some heroes in DOTA 2 with an insanely high skill cap; allowing the best players to really showcase what they can do in competitive games.

Avoid these heroes like the plague; you’ll get frustrated, shout a lot and your parents will wonder what has happened to the polite child they raised.

A good starting hero would be something like Lich; he has a high movement speed, some great abilities to help your teammates and some high damage skills so you’re never out of the action.

3. The Fog is your friend

When you jump into a match on DOTA 2 you’ll notice a whole load of fog of war over the map. It obscures the whole other side of the map, much of the middle and even a large portion of your side.

In this fog you are invisible to the enemy team. You need to know where your opponents can see you and try your hardest to avoid it. Conversely you can find ways to reveal the fog of war on your enemy’s side, allowing you and your team to quickly kill of enemies who least expect it. Learn the fog.

4. Eat the tangos so you can stay in lane

At its core DOTA 2 is an extremely simple game. You kill things to amass gold and experience and, when you feel ready, smash down your enemy’s buildings until their big one in the base explodes.

Obviously during that process you’ll find a lot of random elements, but every game boils down to that. You need to maximise that gold and experience gain for yourself.

You can’t do this by running back to base whenever you take damage; buy yourself some tangos when you spawn and use them to eat trees to regenerate some health so you can stay in lane. 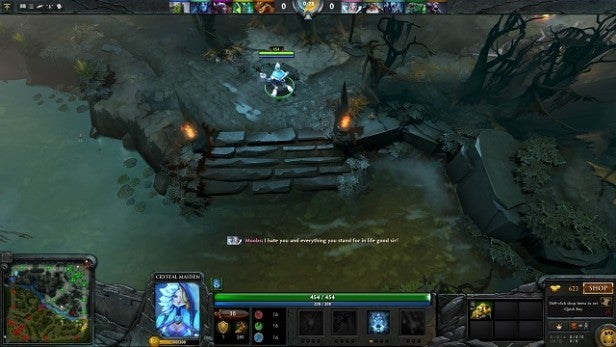 We won’t lie to you; people will say horrible things to you in DOTA 2. It doesn’t matter if you’re playing well, playing badly or playing the best game of DOTA 2 that anyone has ever seen. People will insult you in broken English, in languages you’ve never heard and even in perfect English as they insinuate things about your sexuality, personality and anything else that they can think of. It’s pretty trying at times; so don’t be afraid to mute and report people you find insulting or aggressive.

Don’t let them get you down though; keep doing your best and getting better.

We talked a little bit before about how the map is covered in fog. Well, victory in games of DOTA 2 rely on being able to see and predict enemy movements. If you are in a space on the map where you are surrounded by fog you have very little idea of what, if anything, is coming for you.

You can, however, buy items called ‘Wards’ which provide vision in a fairly large radius around where you stick them down.

Learn where to place these in crucial locations and help your team to victory. 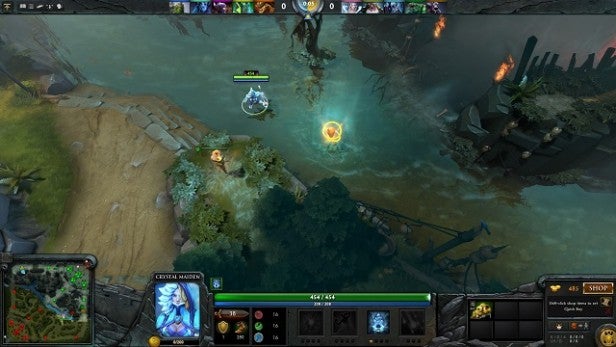 There are certain categories that heroes fall into, far too many to list here, but they tend to be determined by how much gold they need to be effective.

As you gather gold you can buy items which make you more powerful; supports tend to be the heroes that require the least amount of gold to be useful in fights. This makes people think they are perfect for beginners; not always.

Some can be extremely difficult to play and, when you do require hold, many simply don’t have the tools to get it quickly.

Talk to your team and ask them what they think would suite your playing style.

Roshan is the large gentleman in the picture below. He’s always there, in his cave, chilling out and admiring the work that the ten of you are putting in around the map.

He’s not just there for decoration though; this guy is crucial.

When your team thinks they’re strong enough you can fight him and, should you win, he drops an item which grants one player on your team a second life. In the latter stages of games that second life on an important hero can be crucial.

Be careful though; not only is he strong, but the other team will be watching him closely. 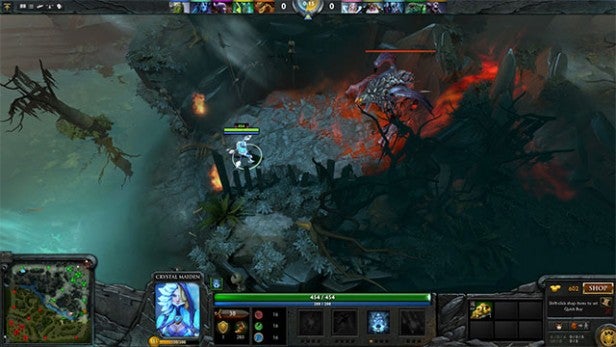 DOTA 2 might sound extremely complex but at its core it is very simple; defend the giant glowing building in the middle of your base.

There are no exceptions.

The buildings in this game matter more than gathering a bit more gold or laying down an extra ward. If your base is under attack then you better hot foot it straight back to defend it; your team won’t appreciate any dawdling along the way either.

You will not win every game of DOTA 2. Heck, you won’t even win 60 per cent of your games in DOTA 2. In fact most people tend to settle around a 48-52 per cent win ratio. You will have to learn to accept this.

Sometimes you’ll have a couple of naff team mates. Sometimes the other team will just be better. Just don’t get too disheartened when you lose and you’ll have a much better time of it.

By the same token, don’t get too high and mighty if you win – these streaks can come to an end extremely quickly.