OPINION: Use and manufacture of trackballs is in a downward spiral, but Simon Osborne-Walker believes it would be a tragedy if this mouse alternative became extinct.

If there’s one thing that’ll make a friend or colleague recoil in horror, it’s replacing your computer mouse with an alien input device.

Honestly, stick a trackball on your desk and ask someone to try using your computer. They’ll unsuspectingly reach their hand out, maybe nudge the whole trackball unit across the desk or – heaven forbid – brush a finger against that gleaming sphere, and it’ll be like they’ve been bitten by a snake. “What the…?”

And that, sadly, is as close as most people will get to using my favourite input device. You don’t know what you’re missing. And you may never get the chance to find out.

There’s less than a handful of manufacturers still rolling out the humble trackball, and even the most committed among them, Kensington, seems to be losing interest. Its last trackball innovation came in 2009 with the introduction of the high-end SlimBlade, and even that was panned at the time for using outdated software. Thankfully Kensington’s since sorted that problem.

So what is it I love about trackballs? 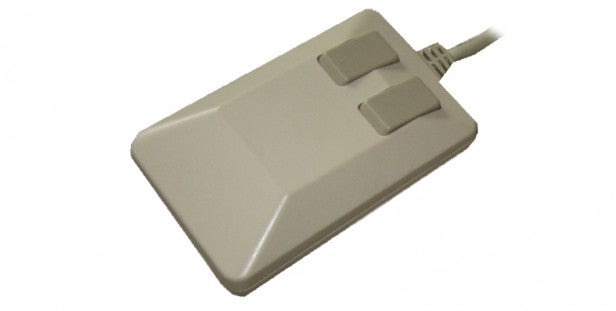 Like most children of the 8-bit and 16-bit eras, I cut my teeth on boxy beige mice that trundled around on dust-collecting rubber balls and constantly snagged on the mat, causing untold Amiga-driven sprites to die an untimely accidental death. We didn’t know any better. My first optical mouse was a revelation, and even smelled more like the future. The cable still snagged, but at least I didn’t have to dismantle it every two days to pick fluff from its innards.

Then, about 10 years ago, I reached the pinnacle: an ergonomic Microsoft wireless mouse with a scrollwheel and its own charging dock. I’d made it. It couldn’t be long before I was traversing Mayfair in a limo, sticking my head through the roof and dousing myself with champagne, like every decent successful person has a right to do.

But, within weeks, I started experiencing a pain shooting through my arm. I felt like Peter Duncan getting scorpion-stabbed by the wood beast in Flash Gordon. And that pain returned every single day after.

I tried different mice, wrist rests, changed my arm position, but nothing worked. It was like I was suddenly allergic to mice.

Then a friend donated me a Kensington Expert trackball – and I’ve been on a roll ever since. 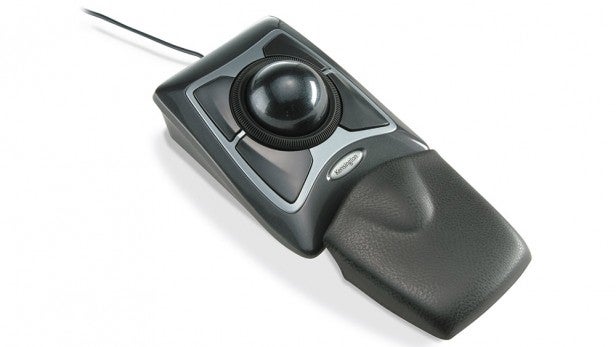 It’s a shame, really, that it took RSI for me to even consider using a trackball. What I discovered was a more precise pointing device that made it easier than ever for me to perform fiddly selections in Photoshop or to drag items across large expanses of screen.

If you can use a trackpad, you can use a trackball, but the control is so much finer. You might find it a little sluggish when first plugged in, but whacking up the pointer speed in your computer’s settings will soon sort that out. 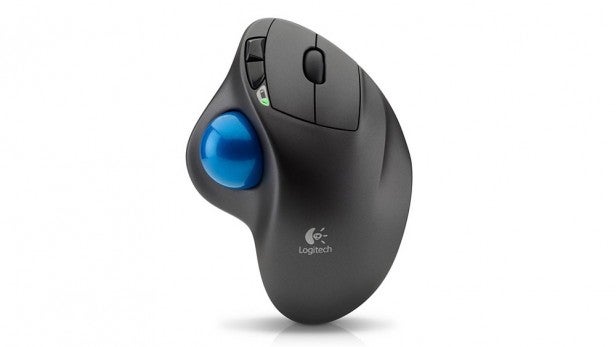 I prefer the finger control of centre-ball models such as the Kensington Expert rather than the thumb-balling Logitech M570, although I’d still take the latter ahead of a mouse. The Logitech has a more mouse-like form, with left and right buttons and a scrollwheel exactly where you’d expect, so it might be a good compromise if you’re really scared about making the shift. 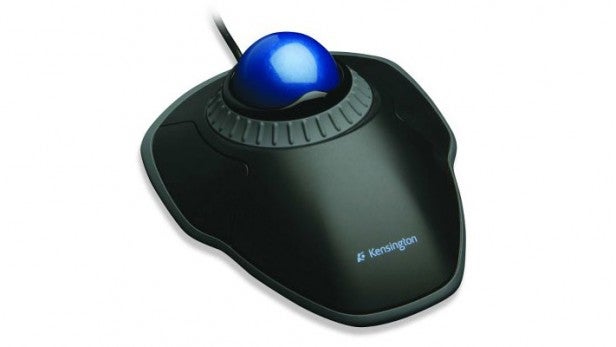 As a first proper trackball, though, I’d recommend the Kensington Orbit Scroll Ring, which is like a shrunken Expert. The scroll ring around the ball is, in my opinion, better for scrolling up and down pages than the wheel on a mouse. The smaller-diameter ball means it’s less precise than the Expert’s snooker-ball-sized roller, though.

With money no object, it’s definitely a toss-up between the venerable Kensington Expert and the newer, sleeker SlimBlade – each has its strengths and weaknesses. The Expert has a superb mechanical scroll ring and a built-in wrist rest, but its height forces your wrist into a slight upwards kink that some people find a little uncomfortable. The wrist rest minimises the problem, but it’s worth bearing in mind. 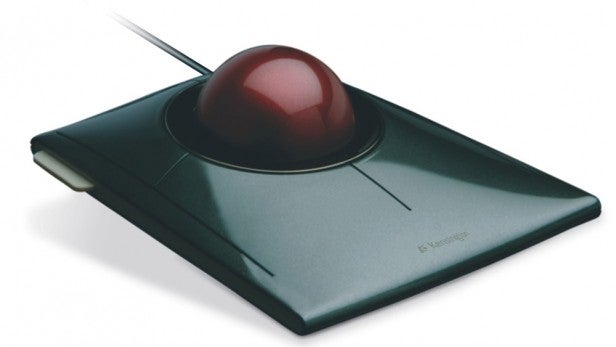 The high-tech SlimBlade features the same heavyweight ball but in a flatter base with a hole beneath the ball that helps to stop debris building up. Where the SlimBlade gets a bit Marmite is that, instead of the scroll ring, it has an extra sensor that registers when the ball is spun horizontally – so you twist the ball to scroll. Whether you can achieve the scrolling action without moving the cursor around the screen has proven to be a bone of contention.

The Expert has a cult following, and with good reason. Mine has been in daily use for the last ten years, with only occasional cleaning. As one forum user once declared, “the minute they discontinue them I will buy 20 to last the rest of my life.” I concur.

Clearly Superior Technologies makes a few models, including the premium L-Trac which is blessed with astounding 1600CPI sensitivity. I’ve always been put off by the position of its scrollwheel, however.

Anyway, the moral of this story is: trackballs don’t deserve to die. Don’t believe me? Try one.