Disney is hard at work. Alongside creating some of the best loved family films ever (who doesn’t love a sing-along to Frozen once in a while?) the multi-billion dollar corporation is working on something a little different, and rather surprising.

The Disney Research lab was launched in 2008 with the objective to combine ‘the best of academia and industry’ and create and research innovative technologies. It’s not just research though, these ideas are not solely conceptual but meant to be put into practice in the real world.

Let’s take a look at some of the best ideas, products and research to come out of the Disney Lab so far. 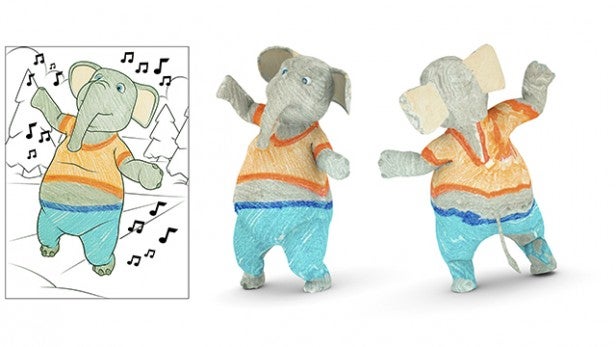 Colouring books for the modern age

Colouring books were a big part of all our childhoods, but they haven’t really evolved much from being a simple combination of paper and coloured pencils. Well, that is until Disney Research got involved.

The team has built an interactive colouring book that will turn your kids, or your own, doodles into augmented characters that jump off the page and come to life. In a way.

To explain how the app works, Disney has used a drawing of an elephant as an example. So, once the picture is coloured in the app will bring the elephant to life and show it as a 3D character. The coolest bit though is how it can take a 2D drawing and fill in the gaps – the back of the elephant – by copying pixels and adding them to other parts of the character. Clever. 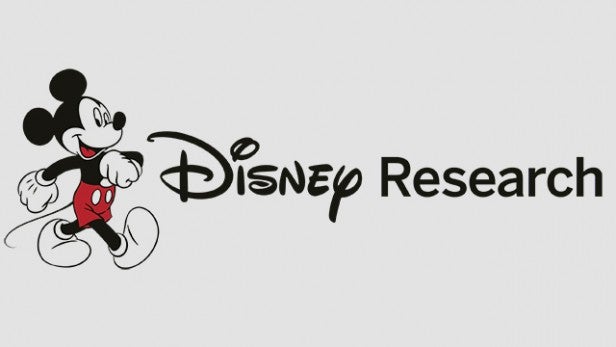 Wearables are the next big tech innovation. Or, at least that’s what we’re constantly being told.

The main problem with wearables so far, especially smartwatches, is that they lack that killer feature. That one app that’ll make everyone stand up and take note.

Disney doesn’t seem to have that problem with its MagicBand, a new wristband that has already seen a $1 Billion investment.

At Magic Kingdom, one of Disney’s theme parks in Orlando, guests are getting a glimpse of the future with the MagicBand. Aside from making guests go ‘oooo’, the band’s main purpose is to completely replace cash and cards in the park, along with giving the many restaurants around the site a heads-up of your arrival. When you arrive, the staff will already know who you are and what you’re having to eat, so they can great you by name and bring out your meals without any messing around looking at menus.

It’s linked to your credit card too, so you just tap the band at one of the pay points to pay the dinner bill, or pick up a couple of souvenirs.

The real ‘lightbulb’ idea surrounding the MagicBand is how it’ll help build anticipation, especially for kids. You’ll receive the wearable in the post before your trip and by signing up to Disney’s Magical Express online service, you can input your entire trips itinerary into the band. Ditching all the paper and booking forms that normally accompany a trip to Disney World. 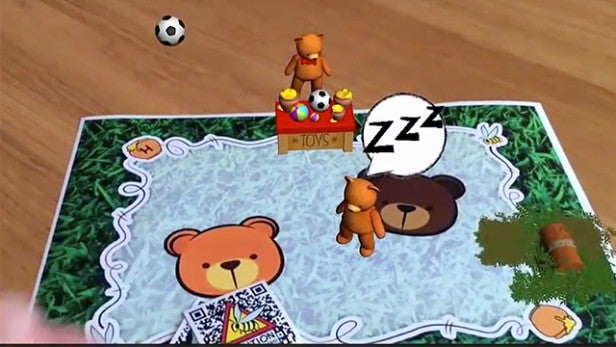 Another area Disney Research is exploring is gaming. But not your typical console style titles, oh no.

Instead it has built a platform for developers that allows them to create truly interactive games where your actions dictate how the story unfolds. Now, we’re not talking about an RPG here which might have three or four outcomes, but something that completely changes and reacts to whatever you do. The amount of outcomes and possible story arcs might be endless.

So, how does it work? Well Disney Research has developed a new system called interactive behaviours trees, or IBTs, which is a design language that accommodates multiple story arcs. This is then paired with a tool that detects and resolves problems with the unfolding story, ensuring everything is kept believable.

The initial tests are pretty simple, a couple of teddy bears needing a beach ball to complete a game, but the future is definitely looking bright for this idea.

Whether it’s in its parks or taking center stage in a movie, Disney is all about the robots. So it should come as no surprise that it’s looking to create the best, and most natural, looking one possible.

Instead of the usual array of valves, motors and pumps, these robots use pneumatic tubes and air pressure, ditching that slightly false movement you often see with robots and replacing it with smooth, real life moves.

Controlling these ‘mechanical puppets’ is done from a puppeteer, who can accurately replicate their movements. The above video shows the process probably better than we can describe, but we’re sure you’ll agree it looks pretty amazing. 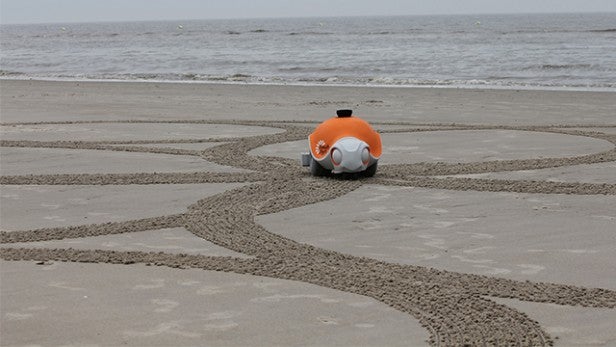 Disney’s next robotic advancement is the ‘BeachBot’, a bright orange autonomous two foot long turtle-esque vehicle that can draw massive sketches in the sand. It looks amazing.

Give the BeachBot a 30 square foot patch of sand and in under 10-minutes it’ll fill with an image from any of Disney’s animated back catalogue. From Lion King to Finding Nemo. There’s also a snow based version in development too, perfect for sketching out a giant Olaf in the fresh powder for all the fans of Frozen.

Balloon wheels let the vehicle move across sand without ruining the art with tyre tracks, an obvious would be detraction, and special care has been taken to cover all the moving parts with rubberised seals so sand and salty water don’t clog up inside. 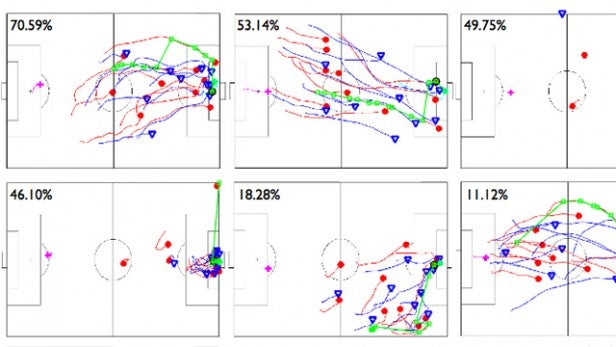 Well, to a point anyway. We’re not exactly talking about some Research Lab boffins calling out exact Premier League results, or working out whether Leicester City will do the impossible and grab a Champions League spot this season, but it’s certainly interesting nonetheless.

Any football fan worth their boots will know that more shots don’t necessarily mean more goals, Brazil had more efforts between the sticks than Germany in last year’s World Cup semi-final and we all know how that turned out, but a recent Disney Research Lab paper aimed to work out just why this is.

Using an ‘anonymous professional’ and tracking data from analytics experts Prozone, the team scoured through the ten second period before 9732 shots were taken all in the hope of determining just how goal scoring chances were created.

The paper, snappily titled “Quality vs Quantity: Improved Shot Prediction in Soccer using Strategic Features from Spatiotemporal Data” came to the conclusion that most goals came from counter-attacks, followed by crosses from a free-kick, then corners, then open-play and finally free-kicks.

We’re not quite sure what to make of this data, but we do know that we won’t be learning exact scores before they happen quite yet.

Which of the Disney Research Lab projects sound the most exciting? Let us know in the comments section below