When was the last time you had a really good discussion in the comments section of a website? A properly engaged debate or a frank exchange of views that properly bounced an idea around like the talking stick at a management training retreat?

Commenting is broken. What was intended as a home for free expression and debate has been squatted by belligerent contrarians and trolls. But can it be saved? Is the principle of a right to reply important enough to keep and is there a better way? 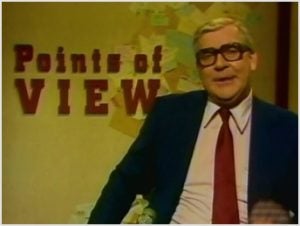 The idea of offering a forum for readers to comment on an article or a blog post seems to flow naturally from the newspaper letters page and the notion at the heart of the early web – that there should be no barrier to anyone who wants to publish their thoughts.

This is, on the face of it, an excellent principle. One that acknowledges the power that a public platform can have for a writer, and one which allows readers the chance to show support or offer opposing views. Peer review, of a sort.

Sadly, actually reading the average comments page drains this idealism like a bullet through a tin of soup. The writer Sophie Heawood coined the phrase “The bottom-half of the Internet.” in a piece about the sleepy-eyed, “Say It’s Over” hitmaker, Dappy from N-Dubz. It was, she said, “That place where all the angry comments go.”

Newspaper or news blog comments could be a chance for readers to engage with the news or, at least, a publication’s take on that news. Instead, commenters seem to occupy four broad groups – those who agree with what is being said and just popped on to say so, those who strongly disagree and want the world to know, those who have thought of a seriously very funny joke and those who cannot believe that a newspaper of record would think they needed to know about Justin Bieber.

Anger abounds, but irrelevancy and offensiveness are not far behind.
From The Telegraph’s leader column to YouTube clips of cats trying to
negotiate polished floor tiles, the odd insightful comment struggles to
be seen among layers of sedimentary stupidity, bile and willful
misunderstanding.

One side effect of this is that fewer and fewer writers bother to engage with their commenters. The bad vibes radiating from the bottom half of the ‘net mean that many columnists, bloggers and reviewers take a fire-and-forget approach to their writing. Hardly surprising when you read through the comments on pieces by prominent writers and have to wade through threats, name-calling and just seething anger to find an actual discussion worth having but no less discouraging for all that. If you know the one person guaranteed not to be reading your response is the person you are responding to, it barely seems worth the bother.

Sometimes comments sections turn into forums for bullying behaviour, racist spurtings or just an endless churn of negative opinion from people you suspect don’t really care about the issue at hand or have even bothered to read the article they are commenting on but rather just enjoy the sound of their own voice. Several sites are beginning to realise this and disable commenting altogether. This doesn’t mean that they aren’t willing to engage – just that they refuse to provide an arena for bloody fights that they are then required to mop clean. Readers are still free to respond, but they can do it by mail, via Twitter or even better by publishing a blog of their own.

There is still discussion to be had, if you know where to look. Many writers and bloggers are perfectly happy to chat on Twitter, Google or Facebook, or even email. The right to reply is important and one of the great things about the open web is that it can give a voice to those who don’t happen to be employed by a national newspaper or run a successful blog but who nevertheless have something important to contribute. As long as we keep the current model of internet comments these voices are going to be drowned out. Unless we fix commenting, a vital part of the web is going to wither and die and while it may seem good to see the back of the trolls, in the end we will be the poorer for it.

How then can we save commenting? One option would be to just pass the buck – and maybe give Twitter a new business model in the process. To save the global village, it has become necessary to destroy it.

Take down the comments sections. Close the millions of semi-anonymous accounts that make comment threads into little walled gardens where people can troll or spout unseen. Make people interact out in the open and turn commenting into the kind of public discussion that could make a difference. 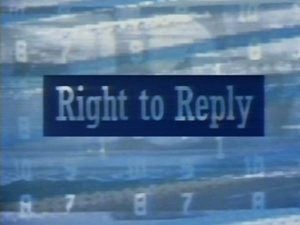 Rather than keep comments as an internal thing, tied directly to posts, the real discussion could take place out in the real(ish) world of Twitter. Sites like Storify have shown how tweets can be grouped together to form a saved conversation so it should be possible to group conversation threads together at the foot of an Op Ed too. Twitter could make an API to facilitate comment threads and perhaps charge a small fee for use on a commercial site. If Twitter doesn’t want to know, another social network will do. Maybe we could finally put those Google accounts to good use?

It would still be possible to make anonymous or temporary logins, but the slightly more difficult and time consuming process ought to discourage the more casual trolls. Tying comments to an online identity – even a pretend one – may help to introduce an element of reputation management but will also make it possible to see the various subjects and sites that a commenter chooses to engage with. Commenters will have known histories and you could tell if the seemingly reasonable person you are engaging with on the subject of UK politics has form for going ape crazy at the first mention of the Euro.

Comment threads would become outward-facing, inviting contribution from the net at large and helping to break down the cliques and infighting that can make site comments such a chore. Now that page hits are king, what editor would turn down the chance to bring more potential eyeballs into a discussion?

Yes, there would be trolls. Twitter has more than its share of idiots, pranksters and the clinically insensible but those people can be blocked or muted and the discussion can continue. Comments may be worth saving, but only if we make them so.