Joe Martin explores the evolution of Deus Ex from a game called Troubleshooter, after discovering its original pitch.

Originally released by Eidos Interactive in 2000, Deus Ex introduced gamers to a near-now future in which every conspiracy theory the internet could imagine was supposed true. Majestic 12, The Illuminati, The Knight’s Templar – these and more jostled for attention in an epic plot that’s still spawning sequels today, with Square Enix’s Deus Ex: Mankind Divided due out next year.

Yet, while the legacy of Deus Ex and is well documented, the early history of the series – like the politics of the world it depicts – goes deeper than you may suspect. Deus Ex was very nearly not Deus Ex at all, but a completely different game called Troubleshooter.

What’s more, the original pitch for Troubleshooter has been recently unearthed from an archive of game materials at the University of Austin, Texas. 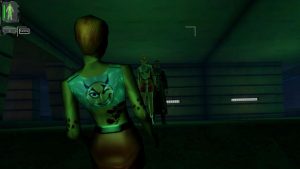 The Troubleshooter Pitch
Amazingly, the pitch for Troubleshooter doesn’t just pre-date the actual release of Deus Ex – it even pre-dates Ion Storm, the now-defunct developer of the original game.

Troubleshooter was actually pitched first to Origin Systems, by game designer Warren Spector, as you can see by the unearthed document.

Spector was sadly unable to get the game off the ground at Origin, but continued working on the pitch until he ended up at Ion Storm in the late 1990s.

“I’ve tried to get a game like this started several times,” Spector said in 2000, just after the release of the first Deus Ex. “Those games didn’t happen for a variety of reasons. I couldn’t sell the concepts to money people; the technology wasn’t up to the job; I didn’t have a team that wanted to make [it]; publishers weren’t interested…”

By the time Spector did manage to get a studio interested in his idea he’d been playing with the ideas for five years and it had changed direction several times.

Troubleshooter was pitched to other studios, first as a concept called Junction Point, then later merely as Shooter. Ion Storm were the only studio to show interest however and, after a few years, Deus Ex emerged from the ashes of Troubleshooter. 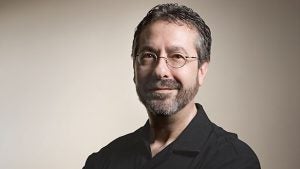 The Evolution of Deus Ex
The path to Deus Ex is an admittedly difficult road to follow then, but it’s one that ultimately resulted in one of the most celebrated and adored game franchises ever made. Today Deus Ex: Mankind Divided is one of the most anticipated games we know about and the original is still known as one of the best games ever made.

“The lesson here is that if there’s a game you really want to make, don’t give up on it,” said Spector. “Someone will be foolish enough to give you the money eventually.”

Looking back at Spector’s original vision for Troubleshooter however, the other lesson to take from Deus Ex’s history is how massively games can change over the course of their development. Nowadays, with the intrigues of Human Revolution a recent memory and those of Mankind Divided on the horizon, it’s hard to imagine a Deus Ex game not filled with conspiracy and epic spy adventures. Yet that’s exactly what Spector originally had in mind for Troubleshooter. 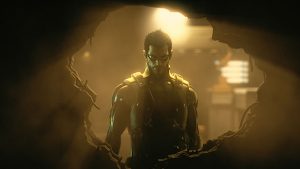 “Troubleshooter is a mission-orientated action simulation with no huge plot,” says Spector’s original pitch to Origin Systems. “Just get in and get out of each mission… None of this 100 hours to finish the game and get your reward stuff. Like a flight sim, but it’s you, on the ground, with a gun.”

While Troubleshooter wouldn’t have had a similar plot to Deus Ex, it did share a counter-terrorist premise. The difference is that, where Deus Ex cast you as a super-spy with artificial enhancements and a mission to save the world, Troubleshooter was grounded in the real world.

“You’re an ex-cop turned security specialist,” says Spector. “That just means you get all the dirty jobs no one else has the guts to do. When the government or police or business can’t handle a problem, they call you. Bomb threat? You get to check it out. Hijackers threaten to take over a plane? You end up on board.”

Spector’s two-page pitch for Troubleshooter even plans a simple gameplay loop for these scenarios, each of which was intended to take just 10-30 minutes to complete as a standalone mission.

Whether you were liberating a hijacked plane or freeing a kidnapped heiress, every mission would start a planning stage where you pored over maps and other intelligence…

“You scope out the situation, checking maps and photos, walking around the site, probing for the best way in…You try to talk a madman into surrendering before he blows himself and his hostages to kingdom come. You crawl through airducts and sewers hoping you don’t attract attention… You shoot it out with terrorists wielding enough firepower to take on a third world army.” 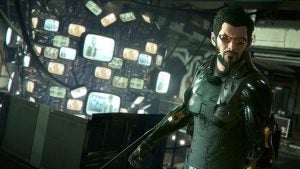 Explained that way, the nuggets of an early Deus Ex are clearly visible – the freedom of movement and opportunity for tactical creativity were key to Deus Ex’s eventual success too, for example. Read on though and it’s clear Troubleshooter would have had a completely different tone and that Spector didn’t want a game bogged down by the RPG elements that Deus Ex featured.

Troubleshooter, as the name suggests, would have been a shooter first and foremost.

“In gameplay, I see it being like [Ultima] Underworld in the richness of its world simulation,” says Spector. “But like Wolfenstein in its emphasis on action over roleplaying and inventory manipulation.” 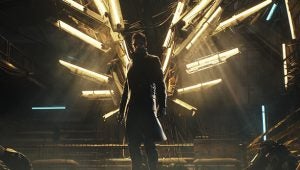 What went wrong with Troubleshooter?
However, while Spector had a clear vision for Troubleshooter, he didn’t necessarily have access to the technology he needed to realise it. Initially he hoped to repurpose an engine from another Origin Systems game, called Bounty Hunter, but it was untested and potentially incompatible with his plans for a game with a real-world feel.

“Troubleshooter was much more real-world based [than Deus Ex],” said Spector when we asked him about why the pitch was cancelled and it took so long for the project to come alive. “I don’t think anyone believed you could make a real-world game fly – and in 1995, they might have been right.”

Spector, who now serves as Director for the University of Austin’s game academy, knew this was a challenge at the time too, but remained unfazed by the obstacles ahead and continued to promote the project regardless.

It may have taken five years for Deus Ex to find it’s home, but Spector’s enthusiasm and passion for the concept were clear at the start too – as the closing section of his pitch makes clear.

“There are all sorts of technological unknowns, things I want to do that haven’t been done before… This is probably the toughest project on my wish list, but it may be the most satisfying.”