Cyberpunk 2077 has been a top item on pretty much every gamer’s wishlist since it was first unveiled many moons ago, and for good reason.

Built by the people behind The Witcher franchise, it has a pretty big pedigree of talent behind it and the Blade Runner-esque setting is undeniably cool.

And with it out this week, as we noted in our Cyberpunk 2077 review, outside of a few issues with its portrayal of female characters, it is a truly awesome game and one of the best looking titles to launch in quite some time.

Which is why you may justifiably be eying it up as the perfect excuse to treat yourself to a next-gen PS5 or Xbox Series X. I mean if you’re going to play one 2020’s hottest games, why not do it with the best graphics possible?

The next-gen upgrade for consoles won’t be arriving on 2021, so playing on new hardware will only grant small visual and performance bonuses. In essence, you are playing them through backward compatiiblity. 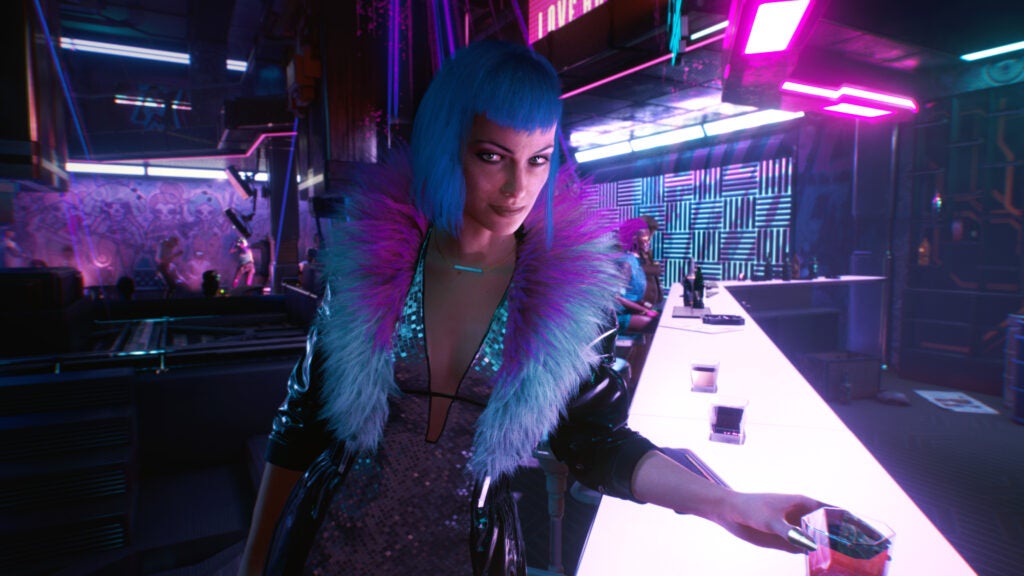 Upset? Don’t be, as there is a ray of hope for gamers that want to play the best version of Cyberpunk possible. That comes in the form of PC gaming.

Ability to play at higher than 30/60fps, check. 4K, check. Top notch graphics options, check. All the perks set to arrive on the next-gen upgraded version of Cyberpunk are already available on PC.

During our review, gaming editor Jade King found that even a powerhouse card like the 2080 Ti could on occasion stutter running the game in 4K with its settings cranked.

Which is why for me, Cyberpunk isn’t a reason to get a PS5, instead, it’s a reason to grab a new GPU. Thankfully, there are all manner of great new ones to choose from. These range from Nvidia’s new Ampere cards to AMD swish Big Navi GPUs.

Bargain hunters can also nab a number of great deals on last year’s 20-series RTX cards, which are still pretty darned decent. If you’re confused which to get, check out our Cyberpunk 2077 recommended specs guide, or jump on over to our best GPU round-up.

If you’re still stuck also feel free to get in touch with me or one of Trusted’s other tech experts on Twitter! You can catch me on @monkeyguru.