Intel’s new Rocket Lake processors hit stores this week, which means every serious PC gamer will be asking themselves an important question: is it time to upgrade your CPU?

I personally think it’s a bad time to invest in an expensive gaming processor, and that’s not because of this year’s silicon chip shortage.

While the Intel vs AMD tussle has seen some of the most fierce competition in the desktop CPU market in yonks, I’m unconvinced by the generation-on-generation performance leap I’ve seen during testing.

The Intel Core i9-11900K has a great claim to be crowned as the most powerful gaming processor so far, yet generally only improves the performance for AAA video games by around 5 frames per second when compared to the preceding Intel Core i9-10900K – that’s certainly not enough to make a noticeable difference to your real-time gaming performance. 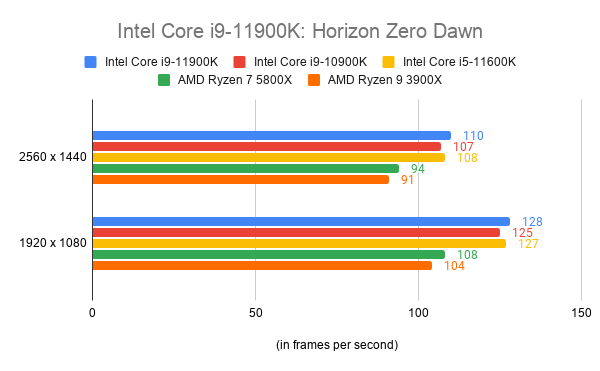 The new generation of desktop processors are also absurdly expensive. The new Intel Core i9-11900K costs around £530 right now – with that kind of cash, you could buy the Nvidia RTX 3070 graphics card with change to spare. You’re not only getting far superior performance gains by buying a new GPU, but also unlocking fancy new features such as ray tracing, giving modern games a visual makeover with realistic lighting and shadow effects.

And if you already own a fancy-pants graphics card, it’s also worth considering upgrading your SSD. New M.2 SSDs (such as the 980 PRO PCIe 4.0 NVMe SSD) can now offer speeds up to 7000 Megabytes per second. For context, the PS5’s SSD speeds max out at 5500 Megabytes per second, and is arguably the best feature of the new console since it slashes down loading times to blink-and-you’ll-miss-it speeds.

Of course, the issue here is that a compatible CPU is required for PCIe 4.0 SSDs to reach their maximum potential. But fortunately, these new SSDs are backwards compatible with PCIe 3.0 systems – just with handicapped speeds – so you’d still likely benefit from a sizable performance boost without upgrading the rest of your system straight away.

With such exciting advancements in GPUs and SSDs right now, it makes a lot of sense to focus your money here and wait a little longer before upgrading your CPU.

That said, if you’ve got a very old processor that’s currently bottlenecking your gaming PC, then I’m not suggesting you stick to it for the foreseeable future – I just recommend you don’t splash the cash on the most powerful gaming processor you can find, as the likes of the Intel Core i9-11900K really aren’t worth the high price.

The AMD Ryzen 5 3600 offers a decent gaming performance and can be purchased for just £170. And if you’re happy to spend a little bit more, the Intel Core i5-10600K can be found for a bargain £200. These are both good options to use while biding your time for the next batch of high-end chips, which will potentially be far more impressive than the current crop.

AMD has suggested it will be launching 5nm Zen 4 desktop processors before the end of 2022, while Intel’s upcoming 12th Generation Alder Lake chips look to promise substantially higher gains than what Rocket Lake did. Those are the desktop processors you should be aiming to purchase if you want a high-end desktop CPU.