Vive’s new Facial Tracker is an absolute game-changer for VR. Why? Because I’ll finally be able to smile at my enemies after crushing them in a volleyball tournament.

Joking aside, the newly revealed Facial Tracker is genuinely exciting. The new technology supposedly allows Vive Pro headsets to track up to 38 facial movements, enabling your VR avatar to mimic your emotions and expressions.

I haven’t been able to try out the Facial Tracker for myself yet, so I can’t comment on the likes of performance, but Vive’s announcement has got me dreaming up all of the possibilities.

The most obvious implementation would be for multiplayer and social apps. There have been quite a few VR social apps sprouting up over the past few years, including AltSpace, RecRoom and VRChat. While I’ve enjoyed my time with such apps, I have to admit it can be quite creepy to see avatars walking around with stationary facial expressions – it’s like looking at bunch of Hannibal Lecters without the lip licking.

Social apps would become a far more friendly environment if we could see people talking, laughing and even scowling in frustration. A Facial Tracker would solve this issue, and make interactions far more natural.

And let’s not limit this technology to social apps. I can see the technology being implemented into future VR games, allowing me to open my mouth to chow down on an apple and enabling NPCs to react to my facial expressions. Such additions may not change the core gameplay of VR, but it would certainly make in-game worlds feel far more immersive.

Of course, this is just baseless speculation on my part. Such implementations (if they ever come to fruition) are a long way off right now.

Vive’s Facial Trackers are currently only supported by Vive Pro headsets, and cost a whopping £129 on top of all of the other expensive hardware that’s required. This will undoubtedly mean very few VR users – especially in the gaming space – will likely bother purchasing the Facial Tracker in the near future, reducing the incentive for game developers to make use of such technology.

This will of course change in the future. Just like with other VR technologies, such as wireless connectivity and inside-out tracking, Facial Tracking will eventually move from being an optional accessory to being built into future headsets at default. 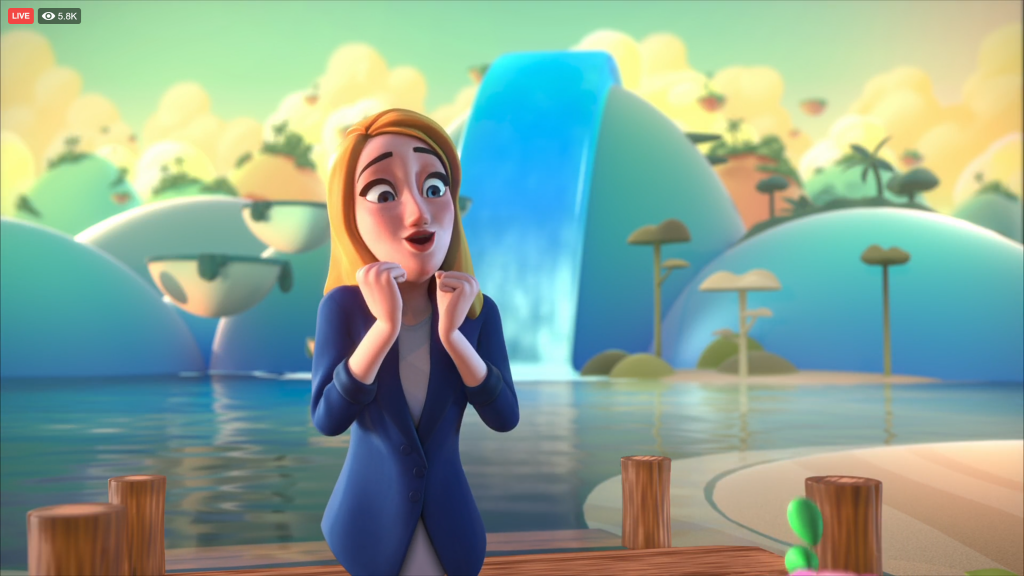 Such technology won’t be exclusive to Vive either. In an interview with The Information (via UploadVR) Mark Zuckerberg expressed his excitement for face tracking, which could potentially mean he wants such technology implemented into the upcoming Oculus Quest 3 / Quest 4 headsets.

Face tracking would make a lot of sense for upcoming apps such as Facebook Horizon, which is an upcoming social platform where users can hang out with friends and engage in activities together. And with former Pixar animators working on the project, it’s clear that Facebook wants the avatars to be as realistic as possible, even with the cartoonish art style.

So while Vive’s new Facial Tracker is unlikely to make a significant impact to the average VR player in 2021, there’s no doubt in my mind that it could change the face of virtual reality for the better in the long-term future. And more importantly, we’re another small step closer to my Ready Player One fantasy.