Do you go Raspberry Pi or the new Creator CI20 microcomputer?

Imagination Technologies has launched its own microcomputer, the Creator CI20, to take on the popular Raspberry Pi. So how does it compare?

The Raspberry Pi has impressed many with its cheap and cheerful approach to computing, providing an accessible environment in which to learn basic computer science.

The Creator CI20 appears to take the concept of the Raspberry Pi and ramp up each core element to a higher level of component.

We thought we’d stack the new boy up against the current top model of the Raspberry Pi for a quicksnap comparison.

The Creator CI20 is significantly more powerful than even the top Raspberry Pi model. Its CPU in particular is much more advanced, with double the cores and almost double the clock speed.

Sticking to the theme, the Creator CI20 also has double the RAM of the latest Raspberry Pi.

Meanwhile, on the graphics front the Creator CI20’s powerful PowerVR SGX540 GPU has OpenGL 2.1 and OpenGL ES 2.0. If that chip sounds familiar, it’s the same one found in the iPhone 5 – still a pretty capable piece of kit, if hardly cutting edge.

The Videocore IV GPU in the RaspBerry Pi, contrastingly, was used in the Nokia 808 PureView. It’s decent – and certainly far more advanced than the Pi’s CPU – but it doesn’t really stack up to its rival. 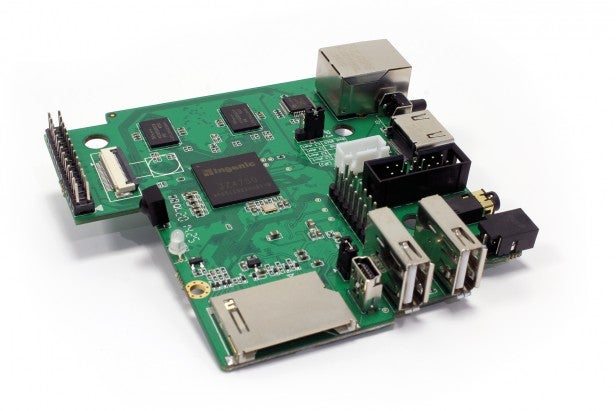 Unlike the Raspberry Pi, which relies entirely on whatever SD card you inserted for storage, the Creator CI20 comes with 4GB of flash storage as standard – then adds an SD card slot on top of that.

While the Creator CI20 is pricier out of the box – more on that later – it seems better set up to work immediately without any hidden extra costs.

The latest Raspberry Pi doubles the number of USB slots to four, which is also double that of the Creator CI20 – a rare advantage. Still, that’s where the advantage ends.

The Creator CI20 has Wi-Fi and Bluetooth 4.0 built in, neither of which the Raspberry Pi can boast. 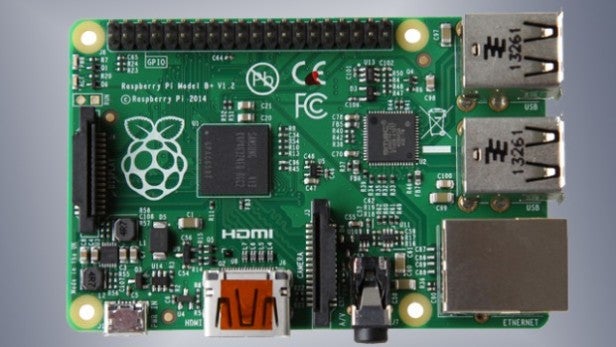 One of the Creator CI20’s key innovations is the ability to boot either Linux or Android.

Meanwhile, FlowCloud support means that you’ll be able to develop apps for the CI20 centred on the Internet of Things – we’re talking security, personal and professional health monitoring, energy management and the like.

Raspberry Pi’s immense popularity and flexibility means there’s a decent choice of operating systems and software you can run on it, many based on Debian. Naturally its modest specs place a few limitations on what will run, though. 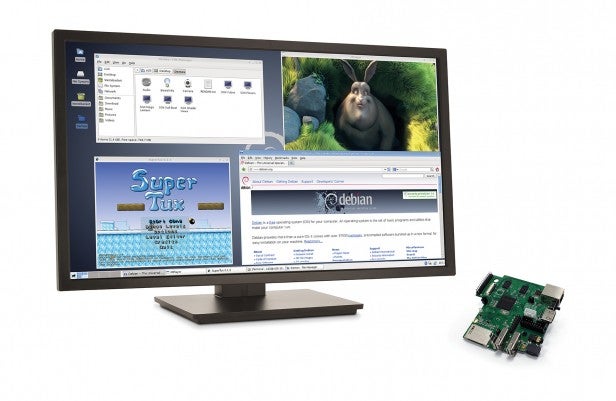 Here’s the key area that wins Raspberry Pi back some serious points. While neither machine is what you’d call expensive, the Raspberry Pi is less than half the price of the Creator CI20.

In other words, you may get twice the performance from the Creator CI20, but you have to pay an equivalent amount for the privilege. Given that these are intended as ultra-affordable learning tools first and foremost, that’s something worth considering.

Of course, if we’re talking about a machine that can actually be used for practical applications beyond simply learning the nuts and bolts of computer science, the Creator CI20 has a lot more potential.

Taken at face value, the Creator CI20 appears to be an improvement over the Raspberry Pi in every way.

But while the new Imagination Technologies microcomputer undoubtedly packs a greater punch, and thus has more creative potential, we mustn’t forget that the key spec of the Raspberry Pi was always its price.

Here is a smart, customisable teaching tool for less than £30. This continues to make it the perfect device for educational institutions on a tight budget (which is all of them, surely).

By effectively doubling this price, the Creator CI20 moves into slightly more exclusive territory, and arguably onto a different, more advanced target audience.

With its unique dual Linux-Android OS capabilities and its angling towards smart home applications, the Creator CI20 looks to be the superior creative tool for the future – but we can’t imagine it will get anywhere near as many fledgling computer engineers into the business as the Raspberry Pi has or will.