Media streaming is not exactly a new thing. Apple TV and Roku TV have been around for a few years now, letting you watch the likes of Netflix and LoveFilm before it turned into Amazon Instant Prime Video right on your HDTV.

The difference with Google Chromecast and the Roku Streaming Stick is that it’s now cheaper to do and the hardware that makes it happen is just the size of a USB flash drive.

Which of the smart dongles should you invest in? We pick out the key differences to make sure you buy the one that suits your streaming needs best.

Chromecast lets you stream more from a smartphone or tablet

While the Roku streaming stick is restricted to casting photos and music stored only from within the Roku app, Chromecast is more flexible. The Google dongle will pretty much let you send photos, music and even perform Apple AirPlay-style screen mirroring.

For the time being, sending your phone display to your TV only works with the Nexus 5. If you install the Chromecast extension on the Google Chrome browser, that will let you stream anything from Chrome including individual tabs. 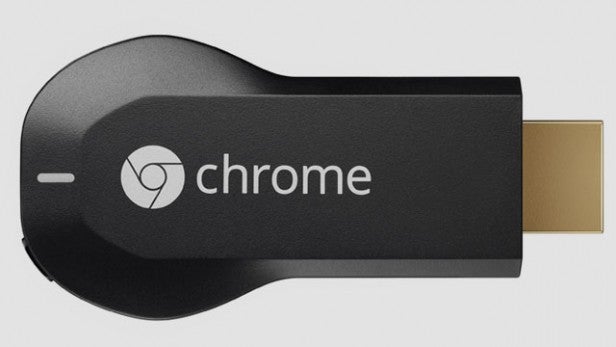 As it currently stands, the Roku trumps the Chromecast on the content front. First of all, the Roku Streaming Stick has an on-screen menu system with access to 500 channels in the UK as well as select games and apps, plus the ability to personalise the UI. You can watch the likes of Netflix, Now TV, YouTube and a host of more US and global  content. There’s also notable support for music services like Spotify and Vevo.

The Chromecast lacks a dedicated store and a quick scan of the Google Play store suggests there’s around 200 compatible apps available. Google does list on its own site some high-profile names like Netflix, YouTube and Google Play Music that currently work Chromecast.

The decision to open the Chromecast API to developers should help boost the selection of optimized apps and if you download the Cast Store app from Google Play you can keep track of the latest additions.

A bit like the equivalent of someone hogging the remote, Chromecast can let multiple users take control of the same Chromecast and decide what to play. It requires those additional users to be on the same Wi-Fi connection and have the appropriate Chromecast app downloaded to their phone or tablet. So with YouTube for instance, you can change what video is playing and add to playlists when you need take a break from the funny cat videos. 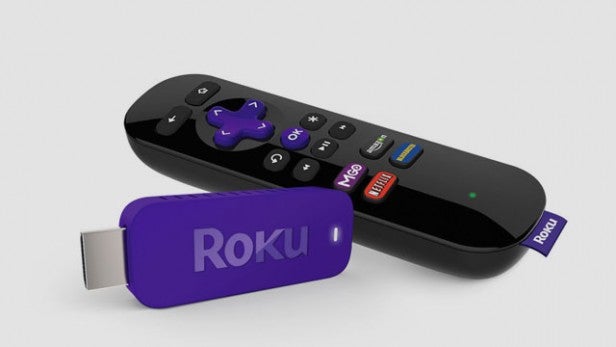 Roku has the faster Wi-Fi

While the Chromecast only supports single-band 802.11n, the Roku has dual band 802.11n Wi-Fi capabilities. This should only make a difference if you own a dual-band router and should help smoother more reliable streaming for HD content.

There is, of course, the small matter of price and it really is only small. The Chromecast is £30 while the Roku stick is the more expensive at £50. For the extra money you do get a physical remote control, although the Roku iPhone and Android app, which offers extra functionality like voice search and vkeyboard support, is actually a more than adequate replacement. There’s an argument that without the remote, the Roku could have been cheaper.

Both are, of course, HDMI sticks and need external power, whether that’s through the supplied power adaptor or using the microUSB to USB cable to plug into a USB port if you have one on your HDTV.

You can control the Chromecast and Roku streaming stick via free Android and iOS apps and both have the ability to stream 720p and 1080p HD content as long as you have a strong enough wireless internet connection.

On the app front, some will be glad to know that both work with Plex and AllCast, letting you stream from DLNA-capable media servers over the same Wi-Fi connection.

While the Roku Streaming Stick offers more for the money, there’s clearly more to come from Chromecast as the app list grows. If we had to pick one now in terms of what they can currently offer, Roku edges it as the best media streaming stick to own, but that could change in future.