This week’s pick is CCROV, the world’s first underwater drone that’s equipped with a 4K camera. And our one to avoid? This week’s booby prize goes to a hands-free phone holder that will guarantee you a poor reception wherever you are.

CCROV is a professional-standard underwater drone with a difference – it’s kitted out with a 4K camera. That means you can pilot it around the depths of the ocean, and live stream or capture the footage in stunningly high resolution.

That bit at the start of Titanic? So bloody 90s. 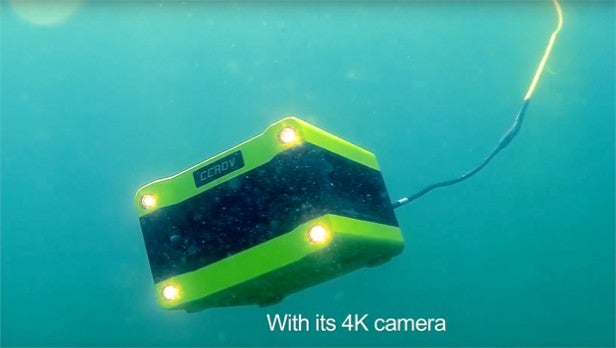 This is an intriguing proposition, because the ocean still has many secrets to yield – according to the National Ocean Service in the US, we’ve explored less than 5% of the world’s waters, and what better way to see them than in 4K?

As well as recording in 4K at 25fps or 30fps, it can also record in 1080p Full HD and in 720p HD, should you want smaller file sizes at the expense of some loss of detail.

That’s the imaging side of it, but what about the manoeuvrability? – that’s two to three more than most ROVs (remotely operated underwater vehicles).

Four of these are horizontal, and two are vertical, giving it five axes of movement: forward and back, up and down, right and left, yaw and roll. The roll axis will automatically adjust in response to the IMU (inertial measurement unit) states.

Related: The best cameras of Photokina 2016 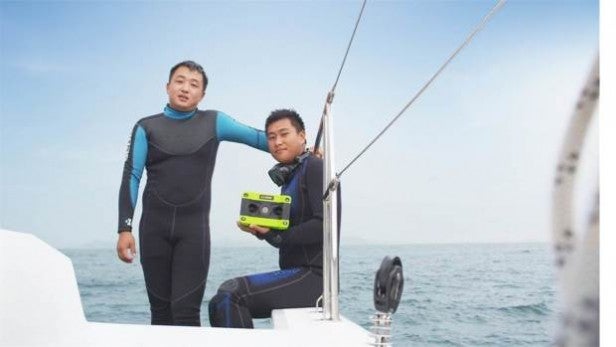 It’s a seriously precise drone, too, being manoeuvrable to within 1 square metre where most ROVs need an area three times that size in order to complete a circle.

Naturally, it’s got waterproofing up the wazoo. Its electronic components are housed in an aluminium alloy sealed compartment that’s not only water-tight but also resists high water pressure. This is embedded in military-grade syntactic foam that prevents erosion from sea water, so it can travel 100m deep into the ocean without letting in a drop of water.

The professional tether system extends up to 100m. It also houses the battery, which is removable and can be replaced while it’s charging. Speaking of charging, just 90 minutes gives you full juice for your underwater adventures.

You control it using the remote control, and it has its own Android and iOS apps, too. . Typical uses might include inspecting your yacht or boat, fishing, sailing, underwater photography and checking out diving spots.

It’s small enough to sling in a bag, too.

Related: The Wolfe makes your laptop VR-ready on the cheap – featured Kickstarter

As ever with crowdfunding, you back a project at your own risk. By pledging money, you’re not buying a product, but supporting the makers in their creative endeavours. Bear in mind that there’s no guarantee your product will arrive on time, if at all. Read Indiegogo’s detailed FAQ before backing any project and be sure you’re comfortable with the risk involved.

Like all manufactured products, the CCROV could be delayed if any of the components are in short supply, or if there are any problems with how it works. The team has a set of working prototypes, but because of the device’s complex nature, plenty could still go awry.

Let’s hope it’s plain sailing. The CCROV is provisionally slated to ship in April 2017, and will come with a 12-month warranty.

Related: The Ticwatch 2 is a smartwatch like no other – featured Kickstarter 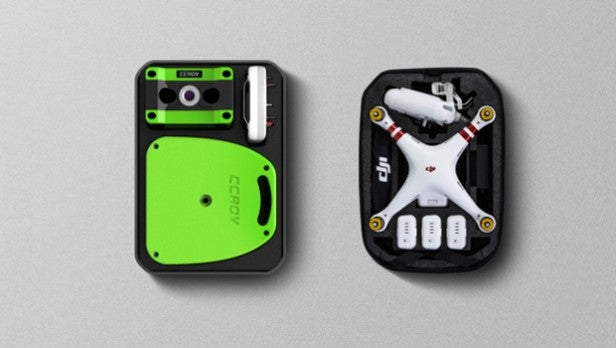 There is, but nothing as advanced. The Fathom One only has an HD camera, as does the Trident. Both only have three thrusters too, which pale in comparison to the CCROV’s six.

It may not be one-of-a-kind for long, but it certainly looks like it would be best-in-class if it launched right now. 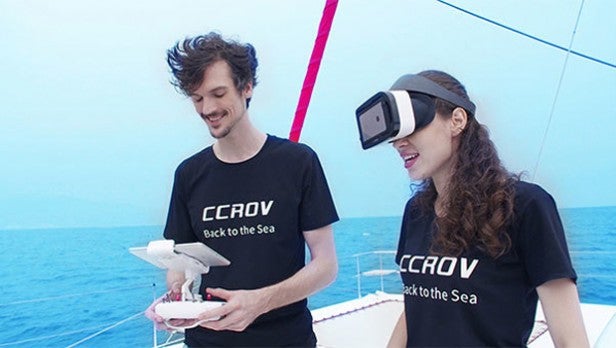 It doesn’t come cheap, so you’ll have to be seriously curious about the underwater world to back it – and happy with the risk involved.

For most of us, that’s more than just a drop in the ocean, so prudent types will probably want to file this under ‘one to watch’ and see how the team behind CCROV handles production.

If you’ve got the spare dosh knocking around though, you can back it on Indiegogo here. 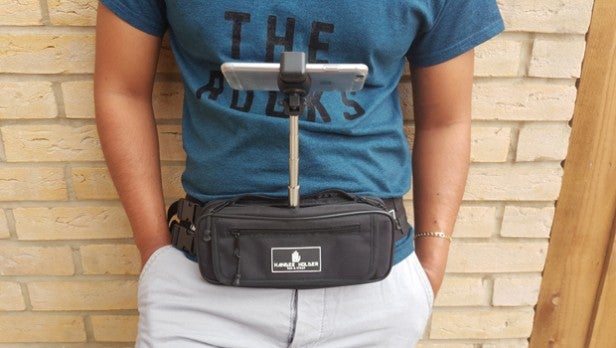 Handee Holder. Holding our phones is too much like hard work, apparently. What we need in our lives is a bumbag with a telescopic pole to hold our phones in front of our faces.

Firstly, who finds holding a phone too much effort? Secondly, someone could snatch your phone from the holder when you’re not looking. And thirdly, a bum bag? Really?

Tempted to back CCROV? Let us know why or why not in the comments below.