OPINION: Chris Smith wonders whether multiplayer game Star Wars: Battlefront can win over a single-player-only gamer with its charm and strong IP.

For the longest time, I’ve hated playing online multiplayer games with the furious passion of a Sith Lord.

I’m not good enough to survive in that world, I don’t have the time or desire to get good enough to be competitive and I’m somewhat averse to spotty teenagers recounting the gruesome things they allegedly did to my mother, while they blast me into oblivion.

For me, there’s zero fun to be had in dying instead of playing. It makes me angry. Anger leads to hate, hate leads to suffering… usually for my poor gamepad.

So, multiplayer modes go completely untouched in my house, meaning titles like Destiny, which doesn’t offer a traditional single-player campaign mode, are dismissed.

The way I look at it, why pay full price (plus the PSN/XBL subscription) for only half of the game experience? Especially when it’s the half I never partake in!

This recent shift is unwelcome, exclusionary and a massive racket to boot. It feels like developers are only doing half a job. Many of my friends feel the same way. Granted, we’re all in our 30s, but it feels like gaming is leaving us behind. 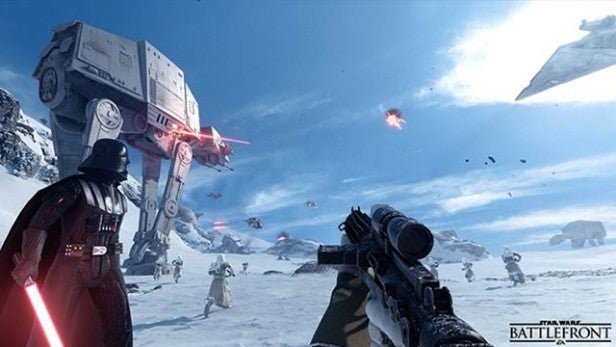 When I heard Star Wars: Battlefront would be hugely slanted towards multiplayer, I was naturally bummed out. After all, I’d bought a PS4 with this game in mind.

But this is Star Wars, right? I had to be willing to give it a chance. If anything could win me over to the Dark Side it’d be bringing down AT-ATs, piloting TIE Fighters or swooping through the Forest Moon of Endor on Speeder Bikes.

“Do or do not, there is no try,” a friend encouraged, when I lamented being “too old to begin the training.”

Sure, there was a huge likelihood of being so utterly demoralised within the first few hours that I’d never play the game again, but if this couldn’t give me an appreciation for multiplayer, at least I’d know… nothing could. 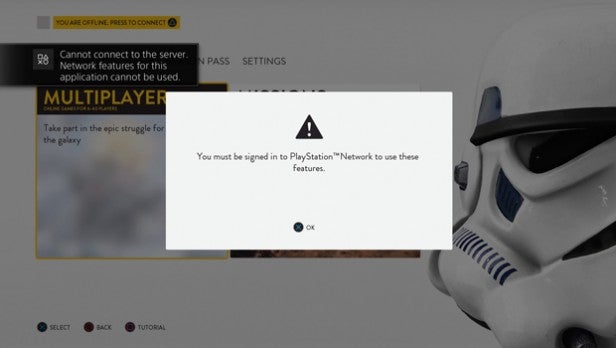 Help me, Star Wars: Battlefront! You’re my only hope.

So I turned off my guidance computer and reached out with my feelings. Han Solo-gamer of the planet Tatt-n00b-ine had taken his first steps into a larger world.

Four seconds into my first Blast mission, that world came crashing down. A Stormtrooper in an elevated position shot my Rebel soldier in the head.

And so commenced the most miserable three hours of gaming of my entire life.

I respawned probably a dozen times during that 10-minute encounter, achieving precisely zero kills. It was a pattern repeated during a session where I finished dead last in every single mission I attempted.

For context, my kill/death ratio after more than two hours of gameplay was 0.09. 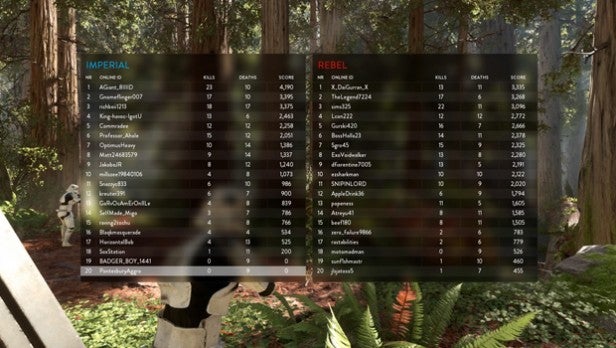 I’d have had more fun watching Star Wars Episode II, while being punched in the knackers every time Anakin whined (which is a lot, for those who’ve blocked it out).

Most of the Missions felt too similar, with a slightly different concept and purpose arranged for my demise. Whether it was the simplest Blast shootout, or the likes of Droid Run, Cargo or Supremacy where you capture and defend stuff, most of it just felt like Call of Duty in a really fancy Star Wars costume.

I enjoyed the Fighter Squadron Missions, where you have brilliantly crafted all-out dogfights in X-Wings and TIE Fighters, but mainly because they were a break from the shooter-centric action and it was significantly harder to be killed as often.

I suppose I gained some perverse pleasure from being slayed mercilessly by Luke too, but I’m not sure that’s what DICE was going for.

Look, I’m the kinda guy who games for the enjoyment of playing out the stories, not to be really good at it. I’m not too proud to switch on Easy mode and enable Lock-On Aiming when a section gets too hard.

Naturally, I can’t do that here because it’s multiplayer. I’m in a world where everyone I’m up against is already ranked higher, has better weapons and refined skillsets that back up usernames like SnipedYourMom69. 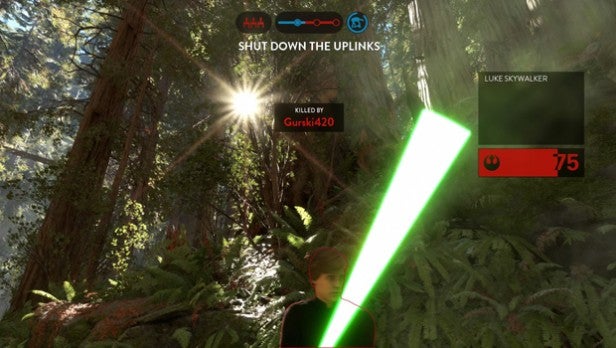 Another thing that irked me was fighting for the Rebels one minute and switching to the Empire the next. What the hell’s that all about? Let me just pick a side and invest in it. Otherwise, what’s the point? What am I striving for? What’s my purpose, dammit?!

Exactly why should I care if my team wins? It’s not like I give the slightest shit about any of my teammates and it’s not like any of the missions advance any sort of narrative.

When the clock runs out and the kills are tallied, you just repeat the mission on a different planet, or choose another way to be killed dozens of times all over again.

I went to bed fuming, but still awoke with a desire to give it another crack. “He will learn patience,” I heard Master Kenobi utter from a land far beyond sight.

Except I couldn’t because my broadband was down. Another score for the multiplayer experience! I guess that patience is going to come in handy after all. 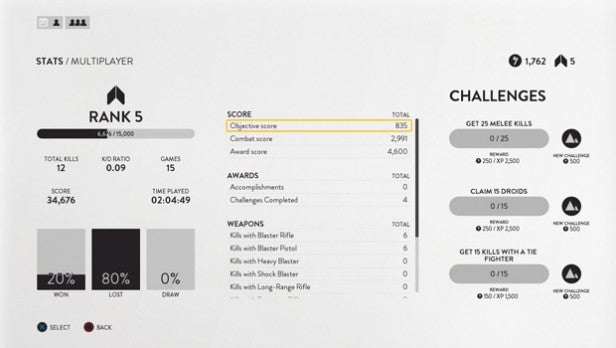 Don’t get me wrong, DICE has built an incredibly beautiful and detailed Star Wars universe within Battlefront. I only wish I could have enjoyed my time there. If anything it gave me an appreciation for the people who while away the hours watching games rather than playing them.

I know what some of you are thinking: “It’s your own fault for sucking so much. Go and play Sonic, n00b.”

However, I’m a Star Wars fan before I’m a gamer, and I know countless people with consoles who feel the same way.

To me, Star Wars should always be accessible and enjoyable – something everyone can take part in, regardless of their skill level. When you release a Star Wars game with this kind of hype and expectation there’s a responsibility not to be so damn exclusionary.

Sure, build your dynamite multiplayer mode for the hardcore gamers and let them have a blast, but are single-player campaign gamers really going to be treated like we’re extinct, like our fire has gone out of the universe? Are developers going to leave us to suffer the same fate as Alderan?

Unfortunately, it seems that’s the way the console gaming industry is going. If anything there are going to be more and more multiplayer-focused games. 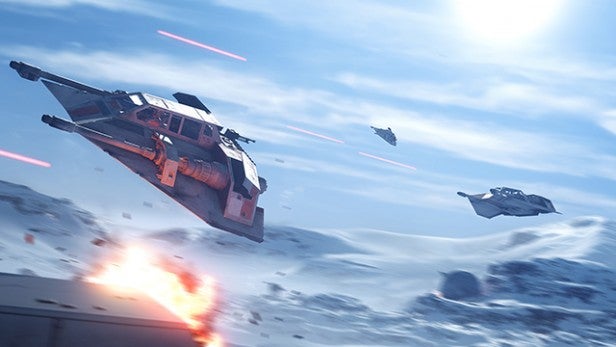 For me, this whole experience was akin to Luke returning home to find his aunt and uncle’s charred corpses in front of a smouldering family farm on Tattooine. He knows there’s no going back to how things used to be, when he and his friends joyfully bullseyed womp rats in their T-16s. And I know it too.

Right now I can also empathise with young Skywalker when he’s clinging to that weather vane in Cloud City.

My internet is back up and the Dark Side of the force is reaching out a hand to me, offering one last chance to join the new gaming Empire before I’m forever vanquished.

I look down, before facing my foe, and scream “I’LL NEVER JOIN YOU!”

I close my eyes, release my grip and fall… seemingly into the gaming abyss.