Planning to buy a camera for Christmas and don’t know whether to go Canon DSLR or a Nikon compact camera? Here’s a little camera buying guide to make sure you pick up the shooter that best fits

Now you could flick through our list of the best cameras of 2014 and pick out the one that looks the prettiest or the one that has the most megapixels, but there’s much more to consider when making that big investment on the snapper you are planning to take on your travels.

At this time of the year, whether it’s online on the high street, it’s easy to get overwhelmed by the information you really need to make the right purchase.

To help out, here’s a list of tips to help you get the right camera, whether it’s for you or for a photo enthusiastic family member.

Camera’s come in many forms; there are three main classes of camera:

Compact cameras: These tend to be the most affordable and smallest, making them pocketable and great for casual pictures and travelling.

DSLRs: Top of the pile, these cameras are commonly available in two classes, full frame and APS-C. These cameras are closer to what many professional photographers use in terms of function and quality. Although some premium compact system cameras are starting to challenge that claim.

How much money you’ve got to spend will dictate what level of camera that is available to you. If you just need something small and light to take casual snaps, you’re probably looking at cameras priced around £70-200. Once you start moving up the levels though, prices will also increase.

Basic CSC and DSLR cameras cost between £250-600, while premium models will cost you anything from £650-£3000. Have a realistic budget in mind for the type of camera that you want. 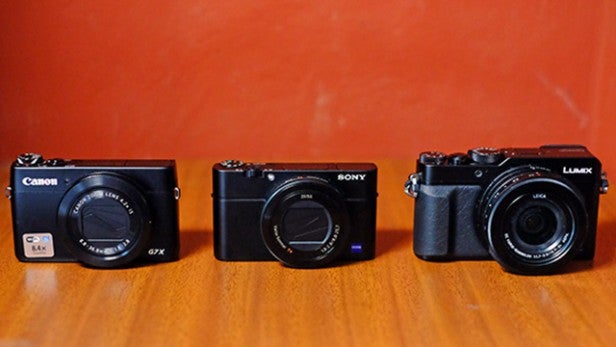 Know what you want

Wondering into a shop with money to spend and no plan is like swimming in shark-invested waters with armbands made from dripping slabs of meat. The sales staff will smell you a mile away and sell you whatever they want you to buy, plus the extras, and that extended warranty.

We’re not saying that all sales staff are ruthless, but in the pressured keg that is a high street store during the festive periods, the staff don’t have the time to talk you through all of the possibilities. They have targets to hit and bonuses to make, so there’s only one winner if you’re unprepared.

Decide what type of pictures you want to take, do your research online, decide on two possible options and head to the store confident that one of those two are what you’re looking for.

When buying a car, there’s an old expression about kicking the tires. This was a way of checking out the quality of the rubber used on the wheels. The same goes for cameras. Something can look great on screen but feel cheap or just wrong once it’s in front of you.

Once you’ve narrowed your choices, get into a store and pick them up. It’s important to get a feel for a camera’s weight and ergonomics. Each camera model is different to hold, some will have large gripping areas, some will be made of plastic, or metal, some will be covered in buttons whilst others are more refined.

Buying the right camera can often come down to which design and feel suits you best and doesn’t put you off using it. Even the camera menus can be awkward and off putting, and that’s another reason why we’d recommend getting hands on with your options.

At the end of the day, there’s no point in buying a great camera that you don’t feel comfortable using. 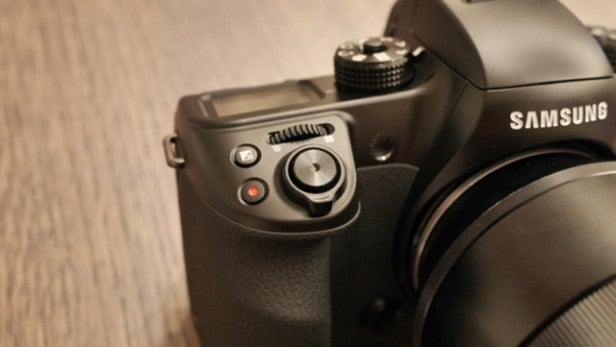 Don’t be fooled by megapixels

For years, megapixels have been a key tool for manufacturers marketing their cameras. Because it’s a quantifiable sum, people automatically think that more megapixels is better than less. This is only true in terms of the ability to print something big. More pixels means bigger prints, but not better quality.

Picture quality is mostly down to sensor quality, image processing and sensor size. Then of course it helps if you have some artistic vision, a little bit of skill and quite often, luck. If you’re images aren’t likely to be printed larger than A4 or A3, you don’t need a camera with more than 10-megapixels. Honest.

More and more you’ll see that cameras are coming with built in Wi-Fi and wireless sharing connectivity options and they’re great features to have. Imagine being out and about and being able to transfer pictures you’ve just taken at a festival to your phone to share with your friends.

Some cameras do this by connecting to an app that you can download for your smart device. Some work better than others. Even better, some cameras make it possible to upload your pictures to common social media hubs such as Flickr and Facebook straight from the camera.

There are a number of ways to get your pictures off of a camera these days whilst on the go, but it’s a good thing to look out for. Check what connectivity functions that your potential camera has. 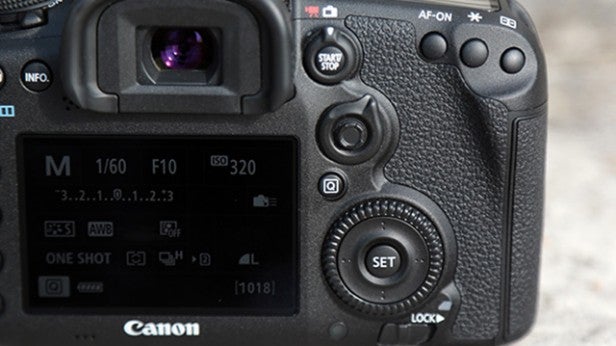 Be savvy – Don’t be blinded by new features

Marketing language and sales people will always try and use “all new features” to try and separate you from your hard earned cash. Sometimes, the latest camera is only a tiny bit different to the previous camera model.

If you like the look of this year’s camera, have a look at last year’s model and play spot the difference. If a tilting screen is the most notable thing that’s new this year, and you don’t need a tilting screen, save some money and buy the older model. Picking up a slightly older model can potentially save you a lot of money. Money you could use to put towards accessories and memory cards.

Thanks to the Internet, there is a wealth of camera reviews available for you to investigate whilst you carefully consider your purchase. Read reviews from trusted outlets, of course, but also check out some user reviews as they often contain really particular gripes from people who have also done some investigating before making their purchases.

Then of course there are video sites where people who own the cameras that you’re interested in will have shared their thoughts on the camera. These are good because they tend to get straight to the point of what it’s like to actually use the camera.

It’s also quite common for people to post image sample and comparison galleries. Samples and user reviews can be a helpful tool when trying to decide between two seemingly similar cameras. Take what you see in sample galleries with a pinch of salt. Comparing image quality at 100% isn’t massively valuable if your images are never going to be displayed at 100%. 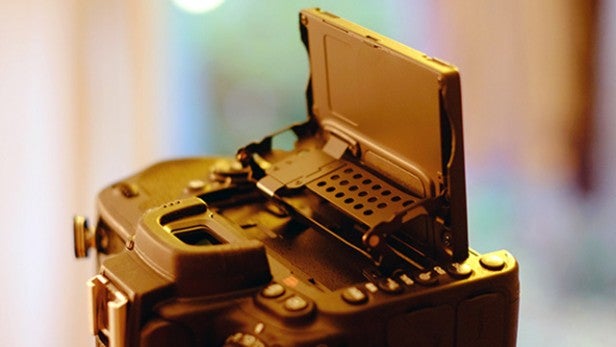 Don’t forget the extras that you do need

This also comes down to knowing what you want to an extent, but having an idea of the types of things you’re likely to do with your camera will help you get the right kit to get you started.

When considering your budget, don’t forget to factor in the price of other essentials that you may need, such as memory cards, a tripod and a bag. It’s a horrible feeling to have decided on what you want, battling your way into the store to get your hands on the camera and falling in love with it, only to discover that you need to spend an extra £50-£100 for a spare battery, a memory card and a case. Plan ahead and prepare for extra spend so that you can avoid that awkward sinking sensation.

Be zoom-wise when looking for a camera and don’t just go for big numbers. Manufacturers talk about zoom in two different ways, digital and optical. Both can be useful, but only one will give you maximum quality as you attempt to take close up shots of distant scenes.

Digital zoom works by cropping into the scene and enlarging the pixels, effectively just zooming in on a live picture like you would with pinch zoom on smart device when viewing a picture that’s already been taken. The results are pixelated and lower quality images, lacking fine details.

But if you go for a camera with optical zoom, it will feature actual lenses inside it that can be positioned to magnify your field of view, not just making the scene bigger but actually bringing it closer to you. It’s common for basic digital compacts to have at least 3x optical zoom, but some ‘travel’ and ‘super zoom’ can have anywhere between 20x and 65x optical zoom which can be great for taking pictures of wildlife for example. 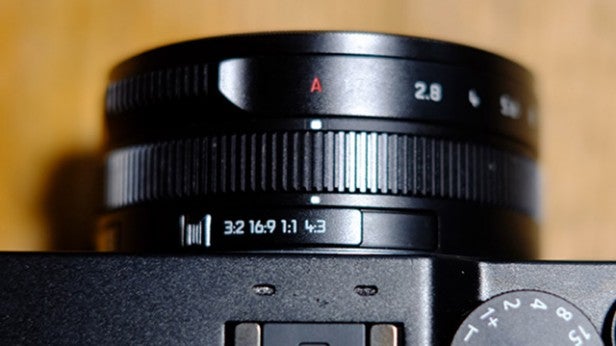 Shop late and haggle a deal

Don’t just accept the price on the ticket – ask for a better price. During high volume periods such as Christmas and sales, staff face tough sales targets and will often give you a great offer in order to seal the deal.

Once you’ve been shown the camera or cameras you’re interested in and decided on the one, ask your salesperson if there’s anything they can do to lower the price. If they say no, either show them or quote a better price from elsewhere, or ask them if a manager can help you. This is crucial advice.

Retail managers during high volume periods are driven not only by individual targets but also store targets, and stores have to make good profit. If you’re open to taking things like extended warranty or additional memory cards or filters, managers can often sell cameras close to or at the cost price. This is because camera retail outlets don’t make the majority of their profit on selling cameras oddly enough. Instead their largest profit margins are in warranty sales and accessories.

Reluctantly accept the warranty if it’s offered to you and save yourself some money, while covering your camera against accidental damage. Everyone’s a winner! Worst case scenario, if the store has had a good day of warranty sales and the manager isn’t feeling generous, you could probably still get a free memory card or a discounted bag if you ask politely. Don’t ask, don’t get!

Next, read our best Christmas gift ideas for photography lovers