Be the Specialist you deserve to be in Black Ops 3

Call of Duty: Black Ops 3 has divided opinions for the faithful fans. Some think it’s lost the classic COD charm, while others think it’s found its heyday.

It probably doesn’t help that Activision’s FPS series now has a lot more competition, especially when it comes to games like Star Wars: Battlefront.

But, what you can say about Black Ops 3 is that it’s a great game for bringing in new recruits to the series with its futuristic premise and new multiplayer modes. The new specialists make it easier to jump into for a few matches too.

However, regardless of your experience level, everyone might need a few Black Ops 3 tips and tricks to help you get to grips with the changes that are found in the new game.

Let us know if you find any other tips, tricks or Easter Eggs that we can add using the comments below.

Don’t forget to read our verdict on Call of Duty: Black Ops 3 before you get started 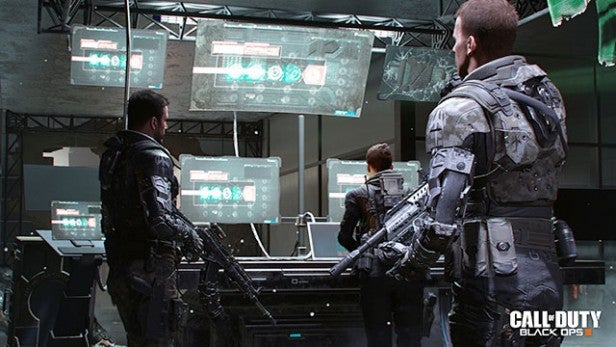 1. Get to grips with your newfound mobility

In Black Ops 3, a big part of the changes to multiplayer comes from the futuristic tech that powers your mobility. Similar to the traversal techniques in Titanfall, you’ll have the ability to thrust jump, wall run, slide and more. And combining these new techniques could give you the advantage against your foes – or at least put you on a level playing field.

To get you started with your newfound enhanced mobility, we advise you try out Freerun first. It’ll teach you how to chain together all your new movement techniques in the best way to make sure that you’re at your nimblest for the real matches. 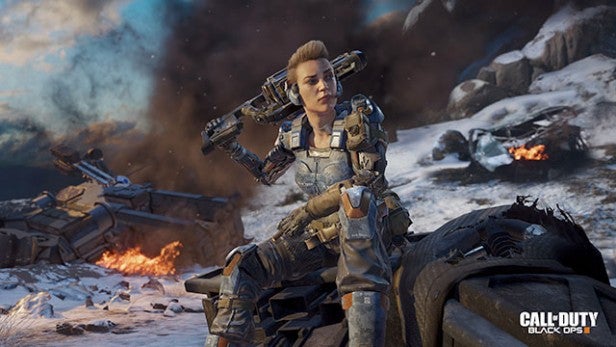 2. Pick a Specialist for your play style

We’ll refer you to that old adage “looks aren’t everything” when it comes to the Specialists of Black Ops 3. From stealth and long-range through to assault and tanks, there’s a Specialist for everyone – just don’t get hung up on looks.

If you check out any new Specialists as you unlock them, you’ll become familiar with their weapons and abilities until you find the one that works for you.

Here’s a quick overview to get you started:

Weapon: Ruin’s Gravity Spikes create an explosive shockwave when they’re slammed into the ground.
Ability: With his cybernetic leg augmentation, you’ll get a temporary speed boost with Ruin’s Overdrive ability.

Weapon: The Annihilator is a huge high-calibre revolver that can fire devastating penetration rounds.
Ability: Seraph’s Combat Focus ability means that any score points earned will trigger a bonus multiplier towards scorestreaks.

Weapon: The Hive deploys pod traps that release a deadly swarm of nano drones on detonation.
Ability: Nomad’s Rejack ability allows you to recover from death with an injection of nanoparticle serum.

Weapon: Prophet has a charge-shot weapon known as the Tempest, which can fire an arch of electricity, shocking targets and chaining together any other nearby enemies.
Ability: You can flash back to a previous position with Prophet’s Glitch ability, as it hacks the simulation grid.

Weapon: The Sparrow is a compound bow, where the longer you draw the arrow, the more force it has – to the point where enemies will explode on impact.
Ability: Sonic Pulse pings the surrounding area and marks any enemies within its range.

Weapon: As Reaper is a robot, he’s got the Scythe as his special weapon. It’s an arm-integrated quad-barrel minigun that’s very powerful.
Ability: Using his Psychosis ability, Reaper can infiltrate the enemy’s ONI systems to create three instantly deployed decoy versions of himself.

Weapon: The War Machine grenade launcher fires time-fused bounding frag grenades that explode on contact.
Ability: Using the Kinetic Armour ability, Battery can dissolve any bullets that hit her into a light mist.

Weapon: As his name suggests, Firebreak’s special weapon is a flamethrower, called the Purifier, that creates a stream of fire that incinerates anyone unfortunate enough to get in its way.
Ability: Firebreak’s ability is also heat related, as Heatwave creates a thermal charge that stuns anyone within the immediate vicinity. 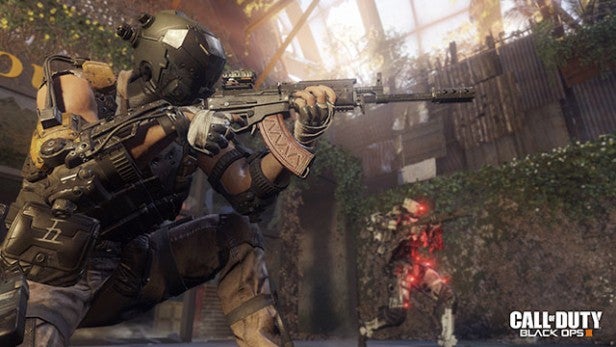 If you have one goal in Black Ops 3 multiplayer aside from killing enemies, then it should be getting a scorestreak.

Scorestreaks are rewards for tactical players that will also help your team overall, and if you want to be raking in the points and bossing matches, this is what you need to focus on.

Our favourite scorestreak for beginners is associated with the Specialist known as Seraph. She has a bonus score multiplayer that helps your team earn scorestreaks more quickly.

Or there’s the Care Package reward that will help you familiarise you with various scorestreak rewards that you might not know about otherwise. 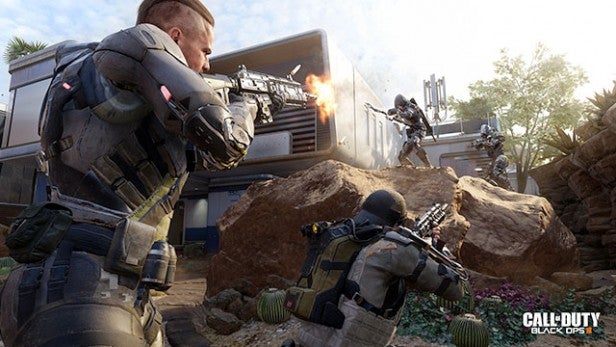 4. Think about your Unlock Tokens

Unlock Tokens are key to upgrading your abilities in Black Ops 3. You’ll need unlock tokens to get access to new weapons, perks, scorestreaks, equipment and even more Specialists.

You’ll only get one every time you level up in multiplayer, so be sure to think before you spend.

At first you’ll have a very limited amount, so your first few purchases will be crucial. Make sure to spend them wisely, as otherwise you’ll be stuck with perks and other content that you’ll regret later on.

We recommend that you first find a weapon that you like and are successful with in battle. Then spend a few Tokens unlocking a couple of attachments that make it even better. This way you’ll always have old reliable to fall back on as you move up the ranks. 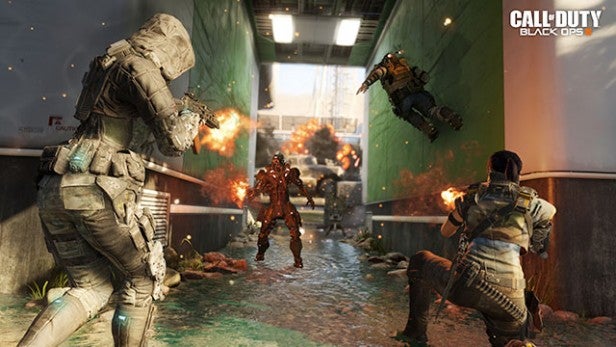 5. Head for the water

It might just look like a puddle, but having the courage to take a dip in any water you find can be to your advantage in Black Ops 3.

The majority of them lead to underground tunnels that will grant you access – a little more steathily – to other parts of the map.

It pays to be an explorer in Black Ops 3, but just be aware that others may be using the same tactics. 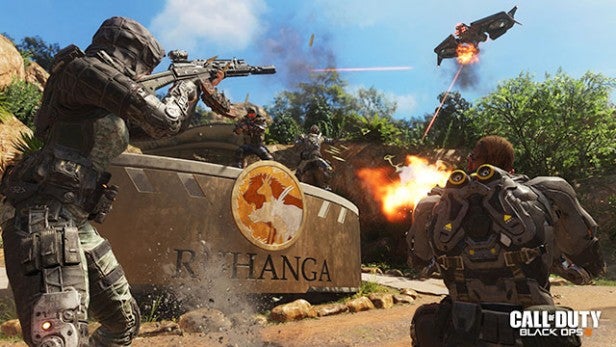 We can’t say this to the Call of Duty noobs enough: teamwork is key in Black Ops 3.

You might get a few kills initially going solo, but when you’re faced with a herd of the opposition, you’ll quickly come a cropper.

It really pays to operate as a team in Black Ops 3, taking advantage of all your group’s special weapons and abilities to win each round. Plus you’ll be harder to take down as a team. 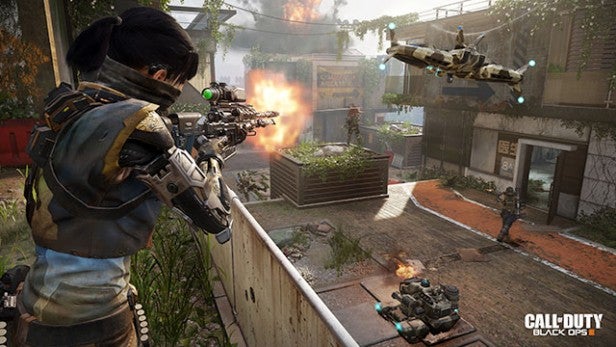 7. Take note of the multi-level layouts

The maps of Black Ops 3 multiplayer are stunning, well-structured beasts, and it’ll pay to take a few moments to familiarise yourself with the layouts of each one.

Each one has multiple levels, tunnels and windows that you can run along, thrust up to or take advantage of.

Those who know the maps, rule the maps.

Take one down and keep on moving on. That’s our motto for Black Ops 3. Even if you’re an adept sniper, staying in one spot is going to be extremely risky.

Either stay with your pack, or keep mobile. Use those newfound traversal skills to your advantage, because a moving target is a lot harder to hit than a static one.

The maximum multiplayer level you can reach is Level 55, so aim for that and be the best. 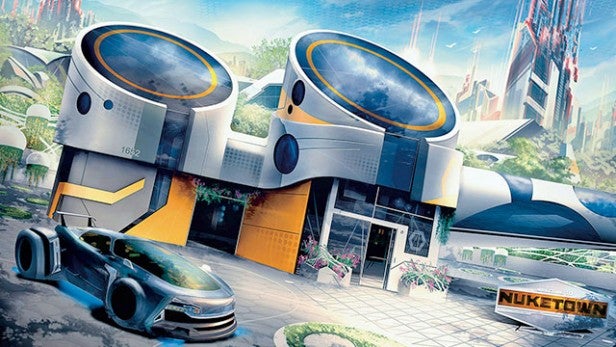 If you headshot the Shadow Man at the start of the Shadow of Evil map to fast forward to round 5 and nab yourself $1,500. You can repeat this up to three times to earn the following dosh:

There’s also a chance that a boss may be spawned at any of these rounds, so be careful.

It’s also been noted that there’s a Doctor Who-esque Easter Egg on the multiplayer map known as Nuk3town. To see it, you just need to shoot the arms off all the deactivated robots in under a minute. It’s tricky, but totally worth it if you open up a private match.