Reading the headline I can hear the cat calls now: ‘Hang on a minute Kelly…’ ‘Patronising much?‘ ‘But we quite like what we’ve seen so far…’ And to you all my response may be surprising: the headline is a compliment.

A Case of History Repeating
Firstly let’s look at the parallels, because they are quite astonishing. In general terms both companies were founded in the 90s, released their first smartphones in the 00s (18 months apart), primarily targeted business customers with the hook of mobile access to their email and both ultimately fell victim to the touchscreen revolution started by the iPhone in 2007 and carried on by Android. 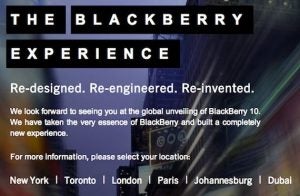 And it goes on: in an effort to fightback Palm rebranded from PalmOne to Palm and wrote WebOS – an entirely new platform built from the ground up. It was designed to appeal to both business users and consumers with much touted touch gestures that originated from the bezel. It released a pair of phones which kept their physical keyboards so as not to alienate long term Palm users and a tablet, the TouchPad, which bombed spectacularly due to a lack of app support.

In an effort to fightback BlackBerry has rebranded from RIM and written BlackBerry 10 – an entirely new platform built from the ground up. It is designed to appeal to both business users and consumers with much touted touch gestures that originate from the bezel. It has released a pair of phones, one of which kept a physical keyboard so as not to alienate long term BlackBerry users and prior to this it had launched a tablet, the PlayBook, built upon the foundations of BlackBerry 10 which bombed spectacularly due to a lack of app support. 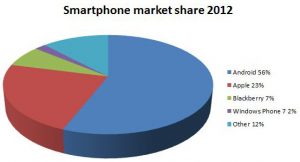 Market Forces
Of course there are differences. Palm’s period of success was much smaller, occurring arguably from just 2004-2007 so it never reached BlackBerry’s level of sales or became the same pillar to the business community. Palm also fell into heavy debts whereas Blackberry, despite sizable losses, remains debt free. Yet significantly when Palm unveiled WebOS in 2009 it was universally acclaimed and there was a genuine sense of goodwill that people wanted it to succeed.

By contrast the response to the first BlackBerry 10 phone, the BlackBerry Z10, has been muted, acknowledging innovations but sceptical about its potential to attract customers from iOS, Android or even Windows Phone. When WebOS launched in 2009 the smartphone market was still formative enough that a small company might just succeed through innovation alone. Launching in 2013 BlackBerry 10 arrives in a market which saw over 700m smartphone sales in 2012, where 90 per cent of the market is dominated by two players and a third is struggling to gain a foothold despite a turnover of nearly $74 billion and workforce of 94,000 employees.

Market investors don’t see much hope either. BlackBerry’s price crashed to $12.92 on the day Blackberry 10 was unveiled from a high of $18.49 the previous week wiping almost 30 per cent off the company’s value. Interestingly the high had been the company’s first significant spike in 18 months as expectation built ahead of the launch.

The Platform For Success
So why is the headline a compliment? It is because WebOS saved Palm. It was a complete reinvention of the company that transformed it from an also-ran teetering on the brink of economic meltdown to one of the hottest properties in technology. It caused a bidding war that saw HP pay $1.2 billion for the company in April 2010, just nine months after the first WebOS handset went on sale. It wasn’t Palm’s fault that HP made such an unholy mess of the entire thing that it ceased production of all WebOS devices by August 2011 as part of an identity crisis that has seen the company question its direction ever since.

As is, BlackBerry 10 won’t succeed. The BlackBerry brand has been too far damaged by everything from its own poor performance to use of its BBM messaging system in the London riots. It doesn’t have the financial resources to turn around its credibility on a global scale nor the scale of manufacturing to be able to bring down costs to compete with the pricing and profit margins of the main players. Quite simply, there is no reason anyone should buy a BlackBerry Z10 or Q10 phone right now other than nostalgia, an unhealthy obsession with the underdog and a misplaced sense of duty.

But the point is ’’it’’ doesn’t have the financial resources or scale of manufacturing. Others do. Like WebOS the triumph of BlackBerry 10 is it is potentially good enough to succeed if the keys are handed over to someone else. At the very least BlackBerry needs to license the platform to those with deeper pockets, if not an outright sale. A BlackBerry Galaxy handset is certainly something to excite the masses and surely a tech giant such as Samsung would be keen to spread the risk of being beholden to Google by buying the platform outright. After all it is the same motivation which has seen it experience first with Bada and now Tizen and BlackBerry still comes with the added bonus of a place in business infrastructure neither Apple or Google has yet to fully replace. 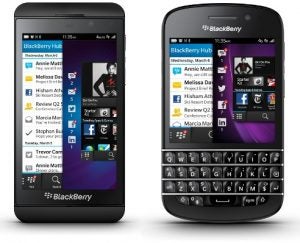 A Leap of Faith
Ultimately we need to give up on the idea of BlackBerry handsets staging a romantic comeback, the notion of the Canadian company’s fightback is preposterous against the combined forces of Apple, Google and Microsoft. What isn’t preposterous, however, is the notion of the BlackBerry platform staging a comeback, but the company needs to act quickly, choose partners wisely and pray for a lot of luck along the way. Palm was ultimately a success story HP ruined, BlackBerry can be one too but only with a leap of faith.