Best weather apps: We round up the most accurate, well-designed weather apps for iOS and Android.

As the weather seemingly becomes increasingly unpredictable, having a decent app that can update you with an accurate forecast has become a necessity for many.

And there’s certainly no shortage of options available. Apple’s App Store, and the Google Play Store are both packed with weather apps – making it difficult to know which are worth trying and which are going to leave you caught in the rain.

Luckily, we’ve put together a list of the best ones for both iPhone and Android, so you can make an informed decision.

Here are the best weather apps for iPhone and Android right now.

Dark Sky’s big feature is an uncanny ability to tell you exactly when it’s going to rain where you’re standing. As well as the usual forecast, this app provides you with notifications alerting you when precipitation is due, when it’ll stop, and what type of shower you can expect. It’s all focused on hyperlocal forecasting, and it works incredibly well. 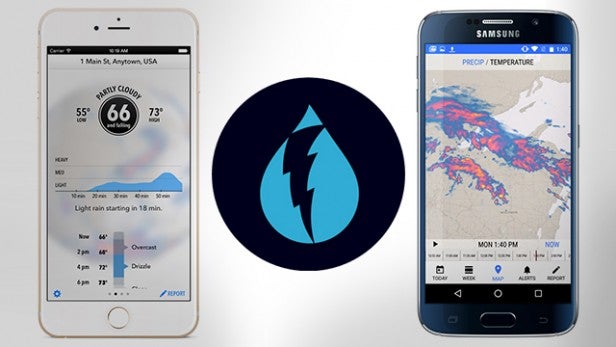 Dark Sky debuted on iOS, but now Android users can get in on the action. Frustratingly, iOS users can pay a one-off fee of £2.99 for the full app, while Android adherents are forced to pay the same price but for a yearly subscription.

Still, the app really does work well, and comes with several other features besides the precipitation predictions. You’ll also get a Map view which lets you scroll forwards and backwards in time, to watch how a storm and other weather events developed. Add to that the standard weekly forecast and a clean interface and you’ve got a serious contender for best weather app.

AccuWeather is a great all-round weather app. With hourly, daily, and 15-day forecasts, plus a MinuteCast feature that gives you 2-minute hyperlocal forecasts for the coming two hours, there’s lots to like about AccuWeather. The MinuteCast feature itself gives you precise information for your GPS location or street address including precipitation start times, type, and intensity. 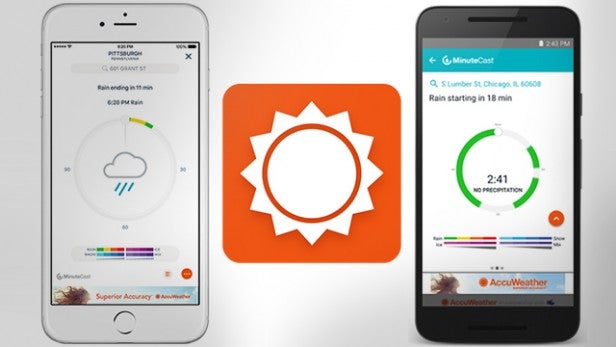 The developers have also packed in notifications for incoming severe weather events, Android Wear support, and a helpful Widget. What’s more, the interface is intuitive and nicely designed, and there’s an animated radar view with satellite images and Google Maps overlays.

You’ll have to put up with a few ads, unless you get the Platinum version of AccuWeather, which comes with a £2.99 price tag on the App Store and £2.54 on the Play Store. But all-in-all this is a feature-packed, well-designed option.

Looking for an ad-free, easy to use weather app? The BBC has the answer. BBC Weather combines a refined and clean interface with all the standard features you’d expect from a decent weather app. It’s not the most feature-packed option on this list, but sometimes simpler is better. 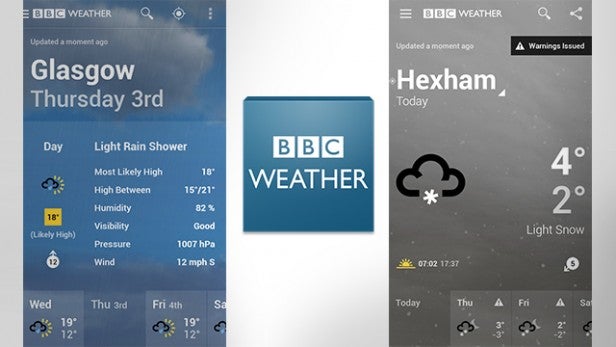 With this app you get a summary of the day’s weather, while swiping will bring up hourly changes. The app also comes with 10-day forecasts, the ability to add specific locations to your favourites, pressure, visibility, and humidity read outs, and UV and pollen counts. There’s no fancy radar or maps view, but everything is nicely arranged and easily accessible.

Yahoo Weather might just be the prettiest weather app available. It won an Apple design award in 2013 and it’s easy to see why. Weather information is overlaid on a photo of whichever location you happen to be in. The images themselves are taken from Flickr, and match the time of day and current weather conditions. 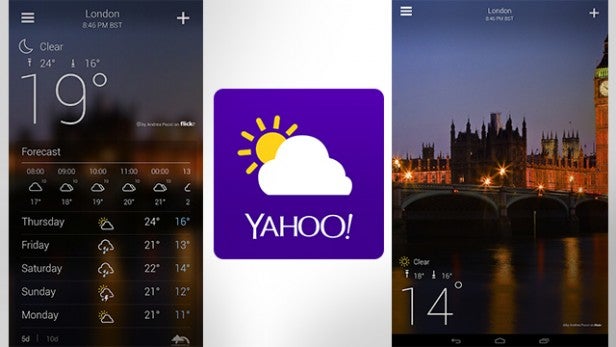 In terms of features, you get an hourly, five-day, and 10-day forecast alongside information such as temperature, humidity, visibility, and UV levels. There’s also precipitation levels for the coming day, and wind and pressure details.

The app is missing a few of the more in-depth features you might find on Dark Sky for instance, but it certainly is a fine-looking offering which should suit anyone looking for a simple and clean weather app.

This app takes an interesting approach to weather forecasting. The information is provided by 180,000 personal weather stations run by weather enthusiasts, making for what the developers claim are “the world’s most accurate hyper-local weather forecasts”. You can view and favourite any of the individual weather stations using the ‘Refine’ map, and Android users will benefit from a Material Design layout, while iOS users can connect the app to their Apple Watch and get quick updates. 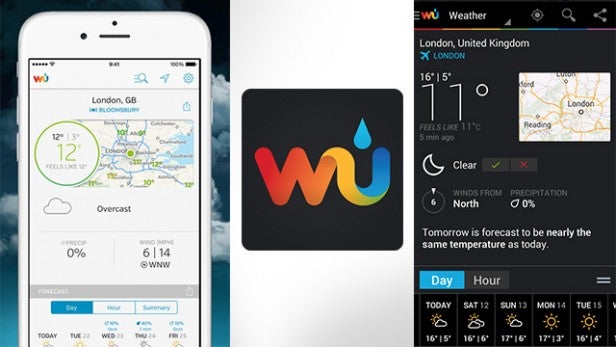 You can swipe through hour-by-hour and 10-day forecasts which will give you information such as chance of precipitation, and there’s also interactive radar, satellite maps, and severe weather alerts, along with the ability to scroll through time using the interactive play-bar on the radar and satellite display. So, if you’re looking for something a bit different, give Weather Underground’s crowd-sourced offering a go.

We’ve had some, shall we say, unpredictable weather in the UK of late, and although the forecasts rarely seem to be on the money, it’s still worth checking out this app from the country’s meteorological service. Met Office Weather gives you seven-day forecasts, daily forecast ‘snapshots’ for a quick update on the coming day, the ability to save locations, and hourly forecasts for the coming two days. 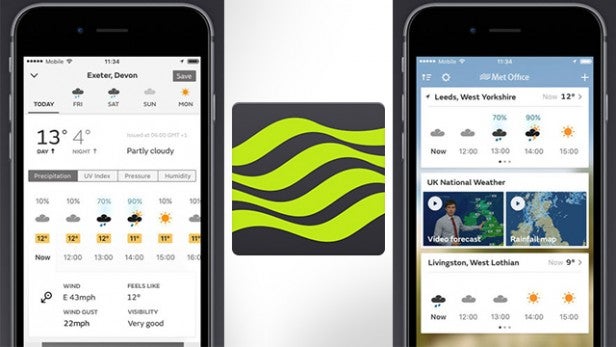 There’s also three-hourly forecasts for the coming three to seven days, plus push notifications for severe weather warnings. You can remove the ads for £2.99 on iOS, and £2.29 on the Play Store, but for the most part, you should find the standard version perfectly usable. With a load of features and that trusty Met Office branding, there’s certainly a lot to like about Met Office Weather.

VIDEO: Catch up on all the latest tech news with The Refresh