Every year the technology industry heralds its winners and heckles its losers, so who were they in 2013? As 2013 draws to a close, we take a look at what went well and what fell short of expectations. 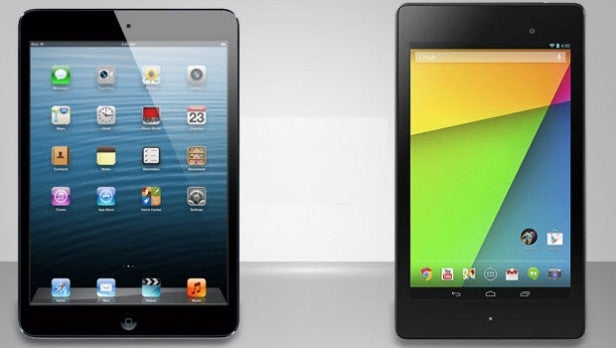 Small tablets
Steve Jobs famously derided any tablet size smaller than the original iPad, but the iPad mini found its feet this year with a Retina display and greatly improved performance that has seen its sales overtake its bigger brother. The second-gen Nexus 7 has also been a huge hit and while a lot of dross remains in the bargain basement category of small tablets (such as the Argos MyTablet, Disgo 8400g and others) there have been notable successes like the Tesco Hudl.

These days anyone can make a tablet so expect most major tech and many non-tech brands to try in 2014 and with Android 4.4’s lower requirements looking particularly budget friendly there is no excuse for them to not to become consistently impressive.

4G
2013 has been the year the next generation wireless standard finally took off in the UK. 2014 will be the year it proliferates, but 2013 has seen coverage increase dramatically and initially sky high prices start to fall. The rise of 4G is also crucial to ease the pressure on overloaded 3G networks and the fact it is available on spectrums as low as 800MHz mean it should provide better coverage indoors and out than 3G ever did.

The trend expands beyond the UK as well with Global mobile Suppliers Association (GSA) confirming 4G network launches have risen from 148 in 2012 to 250 in 2013. Another wireless standard, 802.11ac, should be on this list in 2014 as its rollout gains momentum. We keep our fingers crossed. 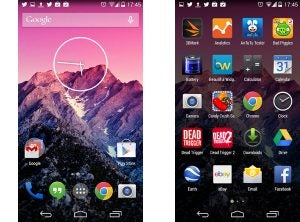 Stock Android
Samsung may still rule the Android roost, but 2013 has been a bad year for its TouchWiz overlay with justified accusations of inefficiency and bloatware. As such the clamour for ‘stock Android’ has never been greater and HTC, LG, Sony and even Samsung released their flagship devices in stock Android ‘Google Play Editions’. With the Google-owned Motorola now releasing its handsets in virtually stock Android and the Nexus line set to hit mass market sales levels off the back of the bargaintastic Nexus 5 and Nexus 7 it looks like Google is finally winning the war on third-party skins.

And even if manufacturers continue to make them Google looks to have an ace card up its sleeve. Recent hacks of the Google Search app in the Play Store found it contains the full Google Experience Launcher seen in the visual refresh on the Nexus 5. To apply it to virtually any Android 4.x handset only takes a quick Google search and about 60 seconds of your time, so we wouldn’t be surprised to see it officially rolled out as an option in 2014. 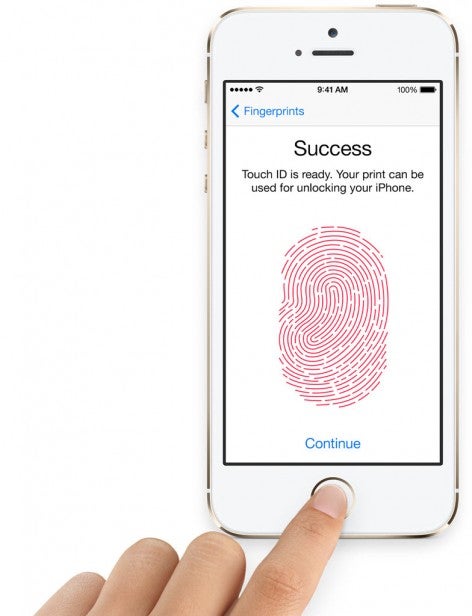 Biometrics
Long part of business laptops, biometrics finally went mainstream in 2014 with the incorporation of the TouchID fingerprint scanner in the iPhone 5S. Despite early concerns it has proved a fast and effective way to lock and unlock an iPhone and TouchID will clearly come to the iPad range in 2014.

As ever an Apple success is proving highly influential in the industry and the HTC One Max launched with a fingerprint sensor last month (though not a particularly good one). Samsung and others are now expected to offer similar biometrics on their next flagships. Some experts argue biometrics should be used as usernames rather than passwords, but either way 2013 has seen a major step in their evolution. 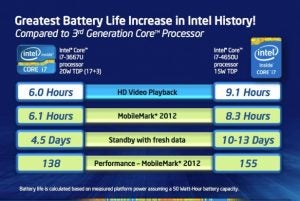 Haswell equipped laptops show a circa 30-50 per cent battery life improvement compared with identically equipped non-Haswell machines and with 2-3x the standby time. This has put many Intel laptops within touching distance of the impressive stamina of tablets and shown they are not prepared to concede to their rival without a fight. If Intel can get such benefits into its smartphone chips then ARM will have a mighty contender on its hands.