The knock on ports and remastered games is that publishers and developers usually produce them to make money out of old rope. This may be true of some of them, which end up on a new platform with little in the way of improvements or additional content – we’re looking at you Sleeping Dogs: Definitive Edition – but there are some HD remakes that offer enough in the way of new features to entice even those players who enjoyed them in the original state. Below we present the best Remastered packages available on new generation platforms:

If you’ve got your favourite new-gen HD remake, don’t hesitate to let us know in the comments below.

See also: 8 game we want remastered for Xbox One, PS4, Wii U and PC 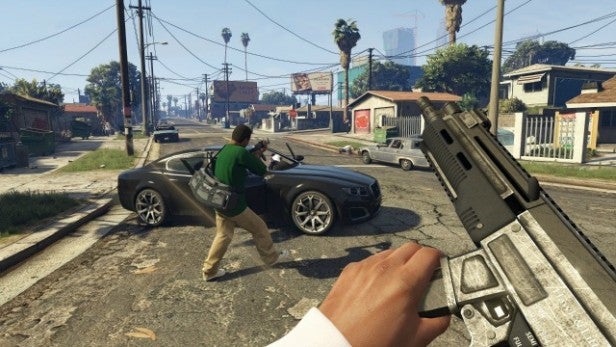 Platform: Xbox One, PS4 and PC (March 24 release date)
It was no surprise that Rockstar decided to produce a new gen version of it last instalment in the GTA franchise. It sold harder and faster than any other game of that year, and besides, the only real competition it had in the urban open-world genre on new gen at the time was Watch Dogs – and GTA 5 kicks Watch Dogs out of the sixth story window.

In truth, Rockstar could’ve probably gotten away with producing a straight port with a visual scrub. Instead, it also included all of GTA 5’s downloadable content, tweaked the Online Mode to make it more user-friendly, allowed players to carry over any user-generated content they may have made, kicked out some new weapons and new vehicles and offered a chunk of in-game change to anyone who originally bought it and decided to upgrade.

Plus, all three new-gen ports included a brand new FPS mode, giving you the opportunity to experience all the GTA mayhem from a first-person perspective. It might not be for everyone – especially when you play as Trevor – but having the option there at the touch of a button is certainly a fantastic addition.

See also: GTA 5 Guide – Things to do in Los Santos 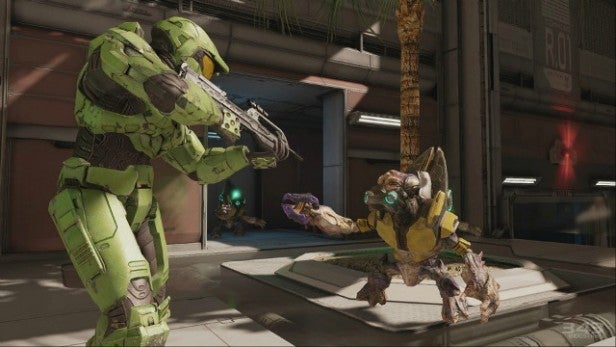 Platform: Xbox One exclusive
The Halo series is one of the benchmark shooters of the last generation (and the one before that). It’s also one of the strongest weapons Microsoft has in its platform-exclusive arsenal. With the Xbox One in the market, the only problem Halo had as a franchise was that all of its titles were only available on the Xbox 360. That all changed wit the release of Halo: The Master Chief Collection.

To be fair to Microsoft, Halo: The Master Chief Collection wasn’t just a package that was aimed at noobs – even though, thanks to it, a whole new host of new gen virgins have been introduced to the series’ ridiculous lore and discombobulating plot (and it’s doubtful any of them even know the structure of the Halo worlds was ripped off wholesale from Larry Niven’s series of sci fi novels).

Nightfall is accessed through the Halo Channel, another Master Chief Collection perk, which forms as interactive digital network providing unprecedented, personalized access to the Halo Universe. 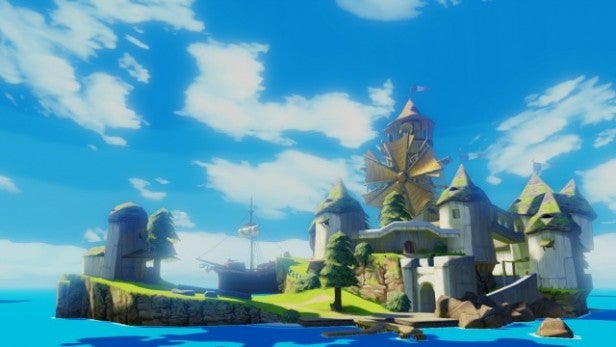 Platform: Wii U
Originally released on the Nintendo Gamecube, The Legend of Zelda: Wind Waker brought all of the activities fans of the series expected – dungeons, side quests, RPG combat and a vast world to explore – but visually speaking, it was something of a departure for the series. Nintendo presented Link’s latest adventure in gorgeous cel-shaded graphics, which lent the game a more whimsical feel while making the lead character more expressive. Wind Waker wowed both critics and fans alike and is easily one of the best instalments in Nintendo’s wonderful adventure series.

A Wii U port seemed not only a great idea, but rather necessary.

Aside from the visual improvements, Legend of Zelda: Wind Waker HD on the Wii U offers fans a couple of reasons to revisit this classic. The WiiU’s touchscreen interface makes the inventory easier to access, the loading times between different areas of the map are vastly improved and players can also aim Link’s weapons using the control pad’s gyroscope functionality. Players can even use the game’s Tingle Button to send messages into the MiiVerse community to get tips and tricks if they get stuck. You get by with a little help from your friends… and the odd stranger. 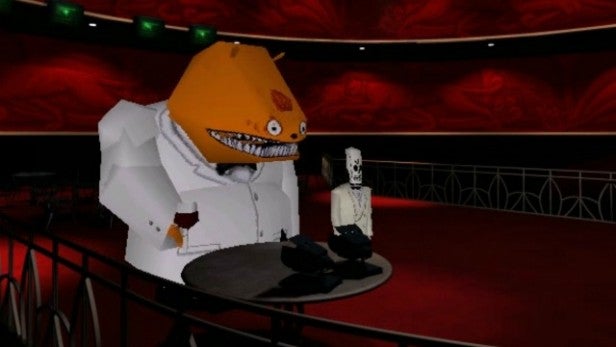 Platform: PC, Windows, Linux, PS4 and PS Vita
Before this year, the only place players could enjoy LucasArts’s comedy neo-noir quest about travel agents in the afterlife was on the PC. Penned by Tim Schafer, the scribe behind some of the medium’s best and funniest games – Monkey Island, Psychonauts, Brutal Legend and Day of The Tentacle – Grim Fandango followed the fortunes of Manuel Calavera who discovers some grim dealings in the afterlife’s Department of Death. Presented in a gorgeous, unique style that simultaneously nodded to both film noir and Aztec myths, Grim Fandango’s engrossing plot and snappy humour catapulted it to classic status. It’d be a shame if no console jockeys ever experienced it.

This is why the arrival of Grim Fandango Remastered on the PS Vita and PS4 was greeted with such excitement. Most of the game’s content has been left in tact – a wise move to be sure – but the developers have done a great job of adapting Grim Fandango to the control structure of Sony’s handheld and the DualShock 4. Furthermore it offers players the handy feature of occasionally flipping to the exact object in their inventory that they require. There’s even a commentary from Schafer himself players can click on at certain points in the game. 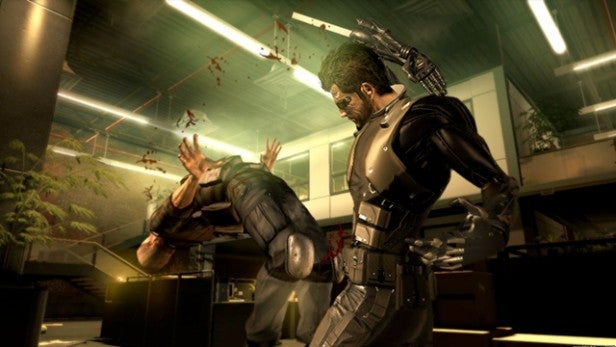 Platform: PC and Wii U
This isn’t really a director’s cut in the true sense of the word. Normally the term ‘director’s cut’ implies that superfluous material has been removed or scenes that weren’t in the original have been included. This isn’t the case with Deus Ex: Human Revolution – The Director’s Cut; it’s basically the same game that was released on the Xbox 360, PS3 and PC, except it comes packaged with its predecessor’s DLC.

However, aside from the Wii U’s obligatory touchscreen control pad interface, there’s one crucial aspect that makes Deus Ex: Human Revolution – The Director’s Cut a superior experience on Nintendo’s console: the boss battles. Anyone who ever played Deus Ex: Human Revolution will remember that the boss battles in that game were absolutely Godawful – probably because they were outsourced to another developer. The Wii U port fixes a lot of problems players had here, offering them more options in how they tackle three of the worst bosses ever created.

They’re still not as up to scratch as the best in the gaming medium, but at least they’re tolerable and they go a long way towards establishing Deus Ex: Human Revolution as the cyberpunk classic it should have been on release. 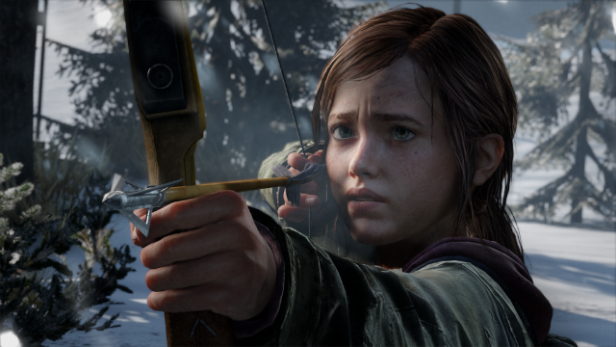 The Last of Us Remastered

Platform: PS4 exclusive
Okay, so this is a bit of a cheat. The Last of Us Remastered is essentially a new gen port as it doesn’t really offer players much more than they experienced on the last gen. There’s a director’s commentary, an in-game Photo Mode and the visuals have been vastly improved (and can be locked at 1080p and 60fps), but apart from that, the Last of Us Remastered includes two multiplayer maps and the heart-breaking Left Behind DLC – all of which was available on the PS3.

That having been said, The Last of Us Remastered deserves its slot in this list for the fact that it’s utterly essential. If you’ve never played Naughty Dog’s superb post-apocalyptic survival horror game before now, you owe it to yourself to pick up a copy. It’s as terrifying as it is heart breaking and the twin lead characters – grizzled smuggler Joel and feisty teen Ellie – will stay long in your memory after the credits roll.