The quad-core GPU of the new iPad means it’ll be able to churn out some seriously impressive visuals. Matched with the higher-than-1080p resolution screen and Airplay video streaming, both the Sony Vita and current-gen consoles should be scared. Several publishers have already released games that make use of the extra hardware of the new model. Here are the ones you should check out, pronto.

Infinity Blade: Dungeons
By Epic Games
£TBC
Shown off as the new iPad “flagship” game during the tablet’s unveiling, it looks as though once again Infinity Blade will define what the iPad is capable of visually. However, it’s completely different from the previous games.

Where Infinity Blade and Infinity Blade II were gesture-based one-on-one fighters, this seems to be a more traditional top-down hack ‘n’ slash affair – looking a bit like Diablo. However it may still boast a mainly gesture-based control scheme. Interestingly, this title is made by Epic Games rather than Chair Entertainment, which produced the last two games in the series.
http://www.youtube.com/watch?v=4Rp-TTtpU0I

It’s the one game that’s not yet available to download in our round-up, but is certainly worth keeping an eye out for.

Another great showcase for the iPad’s quad-core processor is Namco’s Sky Gamblers: Air Supremacy. Released just before the launch, it’s the new tablet’s key “launch title”. As well as making use of the new iPad’s fantastic 2,048 x 1,536 pixel resolution, the game boasts great water effects, HDR lighting, anisotropic filtering and reams of other fancy graphic effects. If you want a game to show off the capabilities of the new iPad right now, this is it.

Sky Gamblers is an aerial combat game in which you pilot high-performance jets using the accelerometer built into the iPad tablet. You’ll do battle with other planes, as well as ground targets. It also supports online multiplayer over Wi-Fi, and will stream to an Apple TV box over AirPlay.

Quick off the starting blocks, Firemint has already updated its brilliant, realistic driving game Real Racing 2 HD to support the iPad’s new Retina display. Although car and background textures don’t seem to have been given a full update to make best use of the quad-core processor and ultra-high-def screen yet, Firemint has upped the resolution of polygons to the full 2,048 x 1,536 resolution, while incorporating 4x anti-aliasing for that perfectly smooth look. 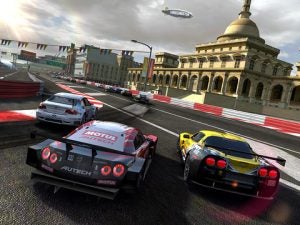 If you haven’t yet experienced Real Racing 2 HD, you’re missing out. It’s among the most realistic racing games available on iOS, with advanced modelling of your car’s behaviour that no arcade-y racer can come close to. The game includes 30 licensed cars and 15 locations.

Illusion Labs’s Labyrinth 2 HD may not seem like the best game to show off the new iPad, but its clean, well-defined visuals are a surprisingly good benchmark for quite how far the screen has come in this tablet iteration. And, as is so often true, you’ll probably end up playing it far longer than a glitzy action-fest. 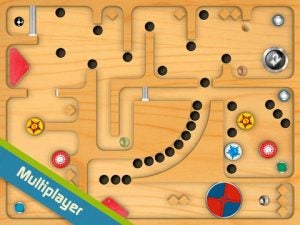 The Labyrinth series started off as a sort-of emulation of those old wooden tilt toys, where you had to direct a ball bearing around a maze, avoiding holes. Labyrinth 2 takes things up a few gears, though, incorporating canons, lasers and other dynamic elements. Challenging, but great fun.

Some might say Gameloft’s Modern Combat 3 is an homage to Call of Duty. Others might say it’s a blatant rip-off. However, most agree it’s pretty darn good. And it is scheduled to get an update to support the Retina display screen very shortly – at the time of writing the update isn’t live yet. 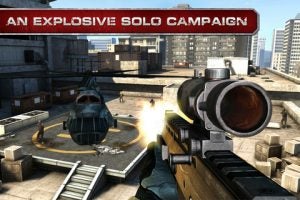 Its single-player campaign is comprised of 13 missions set across the globe and packed with what Gameloft calls “AAA” quality action sequences. There’s also a multiplayer mode for up to 12 players, with 6 maps to battle in.

An epic space combat and trading adventure, Galaxy on Fire 2 HD offers one of the biggest game worlds on the App Store. There are 20 star system, packed with 100 space stations. You control your space ship using either the accelerometer or touchscreen controls, and its universe is really quite beautiful. 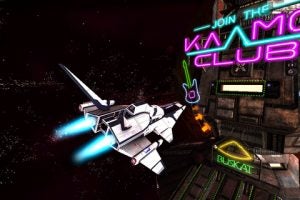 Fishlabs is great at keeping its games up-to-date, and has already patched the game to make us of the new iPad’s resolution. However, we talked to the publisher and it has confirmed that it has a bunch of extra graphical enhancements planned for the game over the coming weeks. Galaxy on Fire HD will last for dozens of hours of gameplay, though, so don’t let that stop you from downloading today.