It’s only day one of life for the new iPad, but developers have already responded by releasing updates for many already-popular apps. Already snagged yourself a new iPad? Here are the slices of app gold you should download today. Within the next hour. Right now.

SketchBook Pro has become one of our favourite iPad art apps since it launched almost two years ago, and Autodesk has now ramped-up its abilities with an update. It makes use of the full Retina display resolution of the third-generation iPad, and gets a features boost thanks to the processor power increase. 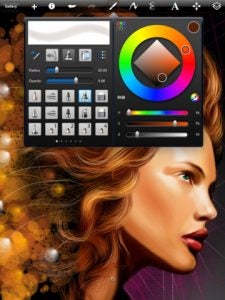 Not familiar with the app? It’s an art and design proggy that gives you access to a full colour palette and a wide variety of brush/font types.

In the modern world, it’s easy to walk around with your eyes closed, metaphorically-speaking. Star Walk is one very modern way to solve the problem – a bit. It’s an augmented reality app that lets you track the movements of stars using the camera on the back of your iPad, and learn more about them. 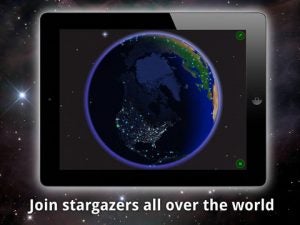 The update featuring optimisations for the new iPad is more than just a simple upscaling to the ultra-high-res display too. It also allows for 200,000 objects on-screen rather than the 10,000 on the first and second-gen models (it’s such a huge increase we’re fact-checking it now). New animations have also been packed-in.

The iPad version won an Apple Design Award back in 2010, cementing its position as a must-have app for anyone with the slightest interest in Astronomy, or science in general.

Released on 7 March, just nine days before the release of the new iPad, it was a no-brainer that Apple’s new photo-editing app would support the features of the new tablet. 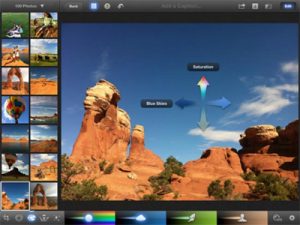 In true Apple style, it’s designed to be easier to use than enthusiast apps like Adobe Photoshop Touch and SketchBook Pro, but it’s very quick-to-use, looks pretty fantastic and offers good-quality effects. It also incorporates AirPlay and AirPrint, making it easy to print the results wirelessly or pipe them over to a television – should you have the right equipment.

The best bit is that it’s a Universal app too, so if you have an iPhone, it’s the perfect photo buddy on two fronts.

We’ll be honest – any new iPad optimisations within Evernote probably won’t make that much difference to the app. But that’s only because it works so well as-is because it’s so simple and intuitive.

Evernote is – as you might have guessed from the name – a note-taking application that wants to help you organise your life a bit better. The 4.1.9 update doesn’t change how the app works, but text will now be much smoother – easier on the eyes. It was already an essential download, and still is.

In a similar vein to the Evernote app, the official Twitter app improves upon its iPad 2 edition with higher resolution support. Text will now be pin-sharp, making full use of each of those three million-odd pixels. 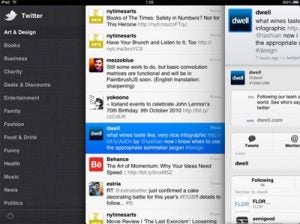 We think the Twitter app is one that could do with a few improvements – it can’t flatten all the third-party options – but it’s good to see Twitter react quickly to the new hardware. Want a third-party client? Tweetbot has also been given a Retina display update. Most reports suggest it’s a cracker, too.

Ebook reading is one of the key applications for the new iPad’s high-resolution screen. With the old iPad screen, you could discern single pixels fairly easily, which made reading less than entirely comfortable, contributing to eye strain. Now, text will be much smoother – and you’ll still have access to the mammoth Kindle library that Kindle ereader owners enjoy. 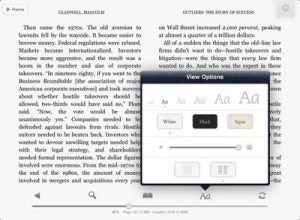 As we wrote in our Kindle vs iPad article, we still think there’s a place for the E Ink Kindle, but the iPad is now a much more capable ereading tool in our book (no pun intended.)

The new Vimeo iPad app is one of the most impressive improvements of the lot. Just recently, Vimeo added a custom iPad interface – where before it had to share the iPhone version’s. And no video editing has been plugged-in too, letting you tweak your videos before you upload them to the Vimeo service. 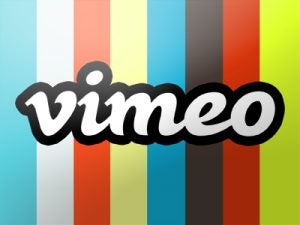