Celebrating the best of British gaming. The best games you never knew were made right here in Blighty.

In the grand scheme of things, the United Kingdom is quite a small nation, yet it exerts a considerable influence on global culture. Music, films and books originating from the UK have a massive international audience — and it should probably come as no great surprise to learn that the UK is also a source of many million-selling video game franchises, too.

In fact, this small cluster of islands is responsible for more smash-hit game series than you might otherwise assume. Grand Theft Auto, the Batman Arkham franchise, Total War, the Lego line of games, Forza Horizon 1 & 2, Lemmings, Shadow of the Beast, Worms — all of these commercial successes have been coded in the UK. So what makes our green and pleasant land so effective at creating killer games, despite it diminutive size when compared to the likes of North America, Russia and China? COO of UKIE Daniel Wood thinks the bedroom coding revolution of the ’80s has something to do with it.

“The UK has a long and proud history of making world class games because we had a generation growing up tinkering and coding from their bedrooms on their BBC Micros and Spectrums,” he says. “As a country we have always been a creative, inventive, cultural powerhouse. All of this lends itself perfectly to the continued creation of innovative interactive entertainment.”

Creative Assembly Brand Manager Rob Bartholomew — who has overseen the development of such smash-hits as Total War and Alien: Isolation — is in agreement. He feels that the UK’s rich tech history has played a big role in nurturing game designers.

“We’ve a very long a storied history of tech innovation in the UK, with figures like Tim Berners-Lee to name one outstanding example,” he says. “That and a strong movement in bedroom coding from the 1980s on, which arguably formed the foundation of much of the worldwide industry. A perfect storm of community and talent created a positive feedback loop that we still see the benefits of today. The thriving wave of talent we attract from overseas can’t go unmentioned either, a huge part of our success as a development country is owed to the incredible professionals who make the UK their home.” 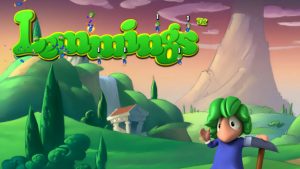 Despite the sheer volume of amazing games produced here by a vibrant and insanely talented community of designers, artists and developers, Wood feels that the UK game sector is often unfairly overlooked — both at home and abroad.

“The UK games industry is something that the whole country should be proud of, but sadly too few people outside the industry even realise we have a thriving sector here,” he laments. “There are close to 2,000 games and interactive entertainment businesses throughout Britain, making some of the best games in the world. We need more people to realise this nationally and internationally, to open people’s eyes to the talent that exists here and the investment opportunities that the UK’s games scene presents. We are now seeing the green shoots of an ecosystem which is comprised of a better talent pipeline, cultural and R&D tax incentives, and cultural diversity but more still needs to be done to secure the future, especially around innovative financing and cultural recognition.”

Bartholomew argues that there is still a lot of good work being done to promote the industry, but argues that recognition isn’t always strictly necessarily.

“I think we’re very good at positively supporting our national industry within the UK, and there are organisations that do phenomenal work in selling our position abroad,” he says. “Yet for the players, it’s the games that matter, regardless of where they are made. More recognition is always nice, we take pride in our games after all, but what’s important is that people enjoy them.”

And that clearly seems to be the case; Grand Theft Auto is one of  the world’s best-selling video game series, and every instalment since its inception has been coded here in the UK.

Tax breaks and the rising importance of video games as an entertainment medium will surely help the UK games industry expand over the next few years, but Wood is wary of the danger of being complacent.

“With video games tax relief in place and computer science now on the national curriculum, the future looks good for the UK games sector,” he says. “However, it’s a competitive, global, $100bn market and we need to keep pushing hard to promote British games businesses and ensure that the government continues to support the sector if we want to make the UK the best place in the world to make and sell video games.”

Here’s some of the biggest video game brands to come out of the UK. The heritage of some of them you may already be aware of, while others could surprise you. 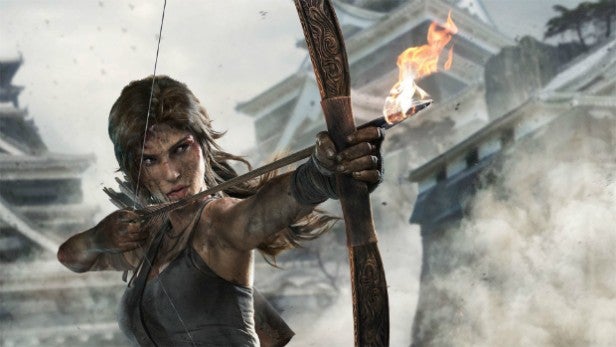 Lara Croft’s home may now be on the other side of the Atlantic at San Francisco-based Crystal Dynamics, but she started life in the slightly-less-glamorous environs of Derby in the English midlands. Core Design — which became part of Eidos, the publisher that would eventually be absorbed by Japanese firm Square-Enix — created the intrepid adventurer back in 1996 and in the process made a pop-culture icon who would spark a flood of merchandise and two big-budget Hollywood movies starring Angelina Jolie.

However, Toby Gard – the man responsible for making Lara happen — was more keen about crafting a 3D romp which would establish a new template for the genre than cooking up a sex symbol, and that’s exactly what he and the team at Core Design did.

After leaving Core, Gard tried his hand at other titles — including the much-delayed and commercially disappointing Galleon — but would later return to the brand which made him famous, working on Tomb Raider: Legend. Tomb Raider: Anniversary and Tomb Raider: Underworld at Crystal Dynamics. He has since left to pursue other interests but Lara remains as popular as ever, with the recent reboot introducing the British hero to a whole new legion of fans. 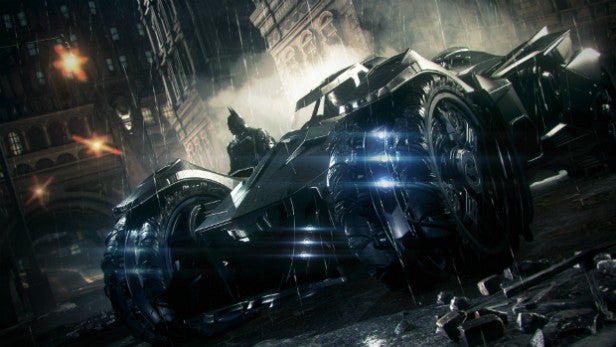 London-based Rocksteady Studios has come a long way since it was founded in 2004. After its well-received PlayStation 2 debut Urban Chaos: Riot Response, the company was entrusted with the Batman license and created one of the defining titles of the previous console generation: Batman: Arkham Asylum. This 2009 smash-hit was followed by Batman: Arkham City in 2011, with Warner Games Montreal taking over for the 2013 sequel Arkham Origins to give Rocksteady a breather so it could focus on this year’s Batman Arkham Knight, the final part of the series which has made the company world famous. What Rocksteady will do after its association with The Dark Knight is concluded remains to be seen, but it’s fair to say whatever it is, the global gaming community will be incredibly interested. 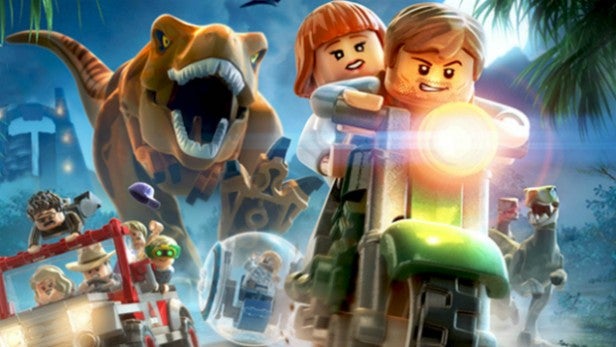 Lego is officially the biggest toy maker in the world, so it should come as no great surprise to learn that the range of video games based on these colourful bricks has become a household name in its own right. Lego’s impressive portfolio of licenses – which includes Harry Potter, Star Wars, Jurassic World, Indiana Jones and Batman — means that there’s no shortage of viable video game concepts, and UK studio TT Games has pumped out smash-hit after smash-hit over the past decade or so. TT has a long and proud heritage within the UK games industry — it began life as Traveller’s Tales back in 1989 and has sold over 45 million copies of its titles to date. A very British success story, TT Games is hard at work on Lego Dimensions — the company’s much-hyped Skylanders rival — as well as Lego Worlds, an attempt to take on the might of Minecraft. With its future linked to the evergreen Lego brand, things are looking very bright indeed for the company. 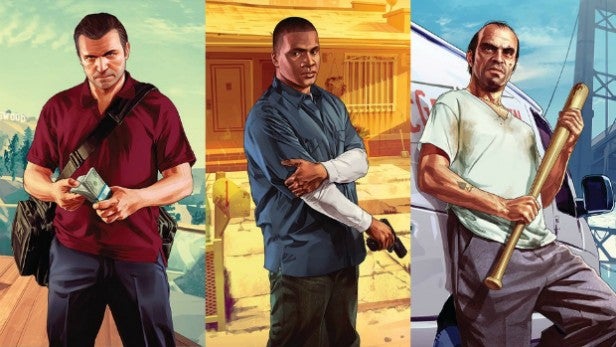 The fact that the biggest gaming franchise in the world was created in the UK is most certainly a reason to be proud. Grand Theft Auto began life at DMA Design in Dundee, Scotland back in the days of the 32-bit PlayStation. The creation of David Jones and Mike Dailly, it initially adopted a top-down perspective before moving to 3D for its third iteration on the PlayStation 2. From this point onwards the series took on an entirely new level of critical and commercial popularity, and to date the series has sold 150 million copies worldwide.

Given the game’s American setting and proliferation of top-drawer US vocal talent — including Ray Liotta, Burt Reynolds, Dennis Hopper, Peter Fonda and Samuel L. Jackson — Grand Theft Auto’s millions of fans all over the planet could be forgiven for assuming it’s a franchise made in the good old US of A, but it’s actually a UK product – proof that our humble islands can match the best that international game development has to offer. 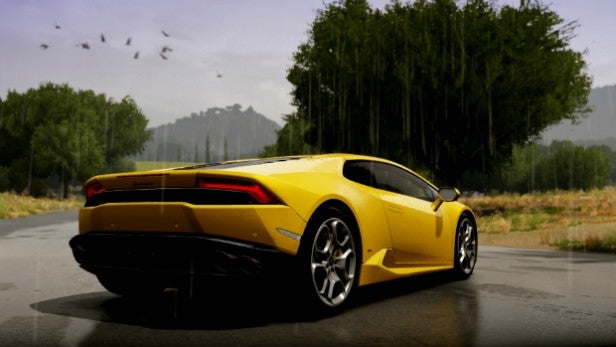 The main Forza series may be handled by Turn 10, but spin-off Forza Horizon is the work of Leamington Spa studio Playground Games. Founded in 2009 and made up of racing experts from studios such as Codemasters, Slightly Mad, Sony Studios Liverpool and Bizarre Creations, Playground’s pedigree is totally and utterly beyond doubt – you only need to pick up and play one of the two Forza Horizon titles to confirm that.

In fact, Forza Horizon 2 won the TrustedReviews Game of the Year award in 2014 for its superb handling and stunning graphics.

To add an even more British feel to proceedings, Sheffield’s Sumo Digital handled the Xbox 360 edition of the second Horizon title — truly a team effort the UK can be proud of. 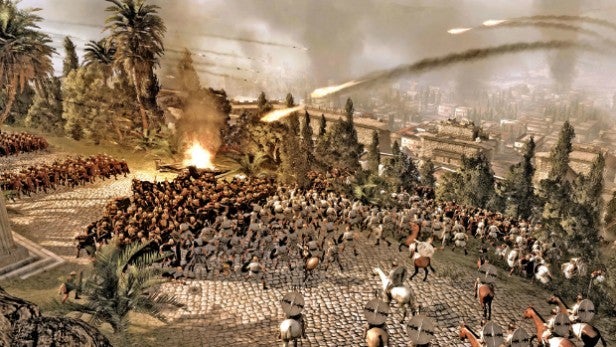 Founded back in 1987, Creative Assembly is one of the UK’s oldest studios and is primarily responsible for the best-selling Total War series, which replicates warfare in various periods of history. In 2005 the company was purchased by Japanese giant Sega, and recently scored a critical hit with Alien: Isolation, a title which perfectly imitated the tense atmosphere of Ridley Scott’s 1979 sci-fi horror.

“We’re now probably the biggest studio in the UK with 6 development teams working on some of the most incredible titles in the world,” says Creative Assembly Brand Manager Rob Bartholomew, who is clearly proud of the company’s British heritage. “It’s certainly an exciting time to work in games in the UK.”