If you’re familiar with the Canon DSLR interface, then the layout and operation of the Canon EOS M will come naturally. Having said that, owing to the basic design and pleasingly large buttons, most should find the operation of the camera intuitive.

Although the camera is lacking in any kind of handgrip, it does feature a rubberised strip on its front section which allows for a firm hold of the camera.

Unlike some of the other cameras in the group, which feature somewhat of a plastic feel, the EOS M oozes quality in terms of its build and certainly feels robust thanks to its magnesium alloy body. 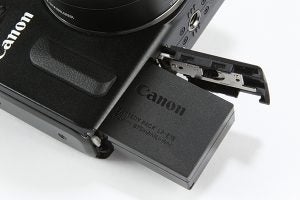 But the Canon EOS M’s performance presents a few issues. The AF speeds are easily the slowest out of all of the cameras in the group – where competing models take fractions of a second to acquire focus, the EOS M takes over a second in most instances.

It’s also worth noting that the battery life of the camera is less than some of the other models in our collection, managing around 230 shots on a charge.

It’s not all bad news however, as the start-up time is respectable, while the camera manages to capture at least 15 JPEGs at its headline 4.3fps continuous shooting speed before the buffer falls, although it drops to around five frames if shooting Raw and JPEG. 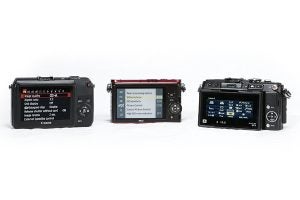 Although there are certainly benefits for the J3 being the smallest CSC on the market, with portability being foremost amongst these, there are also issues caused by such a small body.

The small body is difficult to get a grip on at times, and this isn’t aided by the fact that the body is lacking in any kind of rubber grip, while the body itself also features a particularly sleek material in its construction. 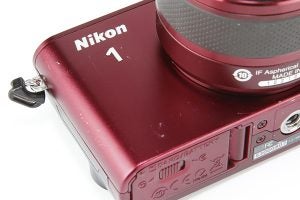 The body itself is also lacking in a range of control buttons, and as a result the majority of the camera’s functionality is menu driven.

Although this isn’t a huge issue, it’s not aided by the fact that the menu itself isn’t particularly well designed, with a black-on-grey interface that’s not the easiest to navigate. As a result it can be difficult to change settings such as aperture and shutter speed on the go.

The J3 powers up in a little over two seconds, and as such is about standard amongst the group in that regard.

Even with these high speeds taken in to account, the J3 still manages a good level of battery life. The substantial rechargeable unit is capable of some 350 shots on a full charge, which is some way ahead of a few in the group, even despite the relatively small body.

While some of the other cameras in this group have opted for simple button layouts, Olympus has gone down a different path with the PEN E-PL5.

It features a host of buttons around the body, and although these might feel a little intimidating at first glance (not to mention a tad small in places) they provide quick access to a host of functionality. 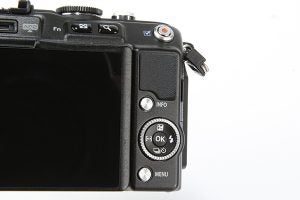 Much like the Canon EOS M, the E-PL5 is built to a high standard and feels as though it would certainly stand the test of time. It also feels comfortable in the hand thanks to a suitable handgrip, and pairing it with larger lenses doesn’t present any kind of problem.

The E-PL5 is one of the swiftest cameras out of the group in terms of start-up times, powering up in a little over a second and readying itself to shoot not much longer after that.

The model’s battery life is also up to a fairly high standard, with the E-PL5 delivering around 360 images on a single charge. 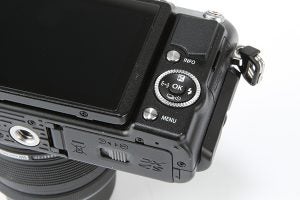 AF performance is strong, too, with the E-PL5 acquiring focus almost instantaneously, and only really struggling in particularly low contrast scenes.

The 8fps burst mode is also a welcome feature, delivering around 12 Raw files or 15 JPEG files before the camera slows owing to the buffer reaching capacity.