The Canon EOS M is the perfect example of a CSC that borrows heavily from its DSLR stablemates and as such presents an attractive proposition for those looking to upgrade from their compact camera.

It’s Canon’s first ever CSC, and the manufacturer has looked towards its well-established APS-C DSLR line-up when equipping the inner workings of the camera. 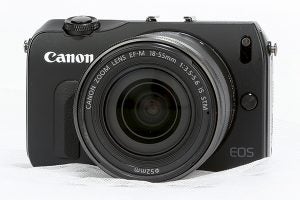 Other key elements of the specification include Canon’s DIGIC 5 processor – which supports continuous shooting of up to 4.3fps – along with a Hybrid 31-point AF system that combines phase and contrast detect AF systems for greater speed and accuracy.

One of the benefits of a Canon-made CSC is the compatibility with the extensive range of Canon EF lenses. Although the EOS M itself utilises the smaller EF-M lens mount – for which there are only a couple of lenses currently available – a simple adapter available for just over £100 facilitates the use of the extensive EF-S and EF Canon DSLR lenses.

Completing the packed specification is a large 3-inch, 1040k-dot touch screen, while the model also supports full HD video capture at 30, 25 and 24fps.

Unfortunately there’s no support for an EVF should you require it, while the EOS M is also lacking in Wi-Fi functionality which is these days commonly found on some of the competing CSCs on the market.

While most of the cameras in this group offer larger sensors than compact cameras, and units which are more in line with their DSLR counterparts, that’s not the case with the Nikon 1 J3. 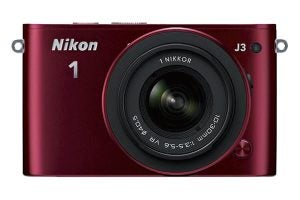 Although there are limitations with a sensor of this size, there are also certain benefits. For example, in combination with Nikon’s EXPEED 3A processor and an electronic shutter the Nikon 1 J3 manages a continuous shooting speed of up to 60fps.

As well as that impressive continuous shooting rate, the J3 also offers a maximum shutter speed of 1/16000 sec, something that will really prove of benefit if you’re looking to capture rapid movement.

Despite these headline features, the specification of the J3 is somewhat disappointing when you consider that it’s one of the most expensive cameras out of this selection.

The Nikon J3 is lacking in any kind of wireless connectivity, a hotshoe for an external flash and any kind of touchscreen functionality.

That’s not to say that it’s completely bereft of features, however. For example, as well as offering Full HD video capture, the J3 also supports slow motion movie capture at up to 1200fps, a feature truly unique to Nikon’s 1 series of CSCs.

Although the LCD found on the rear of the Nikon 1 J3 isn’t of the touch screen variety, it’s still a respectable unit that measures in at 3-inches with a resolution of 921k-dots.

Olympus is one of the longest established of all CSC manufacturers, and as such it has a lot of history to draw upon when it comes to making impressive cameras.

The E-PL5 is one such model, drawing its sensor technology from the impressive Olympus OM-D. The sensor is a 16.1MP Live MOS chip which, in conjunction with the TruePic VI image processor, delivers an ISO range of 200-25600. 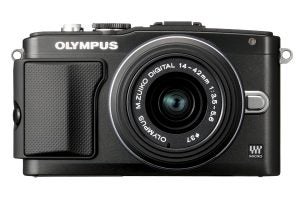 The TruePic VI processor also facilitates some impressive headline shooting speeds, with the E-PL5 capable of shooting at up to 8fps.

One nice feature of the E-PL5 is that in an effort to minimise the size of the camera Olympus has done away with an in-built flash. What makes this a nice feature is that in place of the built-in flash Olympus has instead opted to bundle a separate flash gun.

Other optional accessories include an electronic viewfinder and Olympus PEN PAL PP-1, with the latter offering the Wi-Fi connectivity that the E-PL5 lacks as standard.

The E-PL5 utilises Olympus’s Micro Four Thirds lens mount and as such is compatible not only with the extensive range of Olympus CSC optics, but also with Panasonic’s growing range of Lumix lenses as standard.

AF performance isn’t quite as impressive as some of the other cameras in the group, although its 35-point AF system offers enough coverage so that most of the frame is accounted for.