For gamers of a certain age, the arcade machine commands an almost weaponised degree of reverence. Long before everyone had their own console, the only way for people to delve into a colourful virtual world was to go down to their local arcade and lose themselves in the nearest coin-operated cabinet. Now, more than 30 years later, modern gaming habits have dethroned the once unstoppable arcade machine.

Thankfully, for nostalgic gamers, a pair of British arcade aficionados have made it their mission to restore coin-operated gaming to its former glory. United by their love of pixellated classics, Ben Georget and Phil Patsias spend their time crafting custom-made arcade cabinets, to bring machines overflowing with gaming classics back into your living room. The name of their business? Bespoke Arcades. Intrigued, I went to visit their workshop in Potters Bar, hoping to learn what makes these custom gaming machines so special, and to discover how two friends turned their love of retro games into a thriving business. 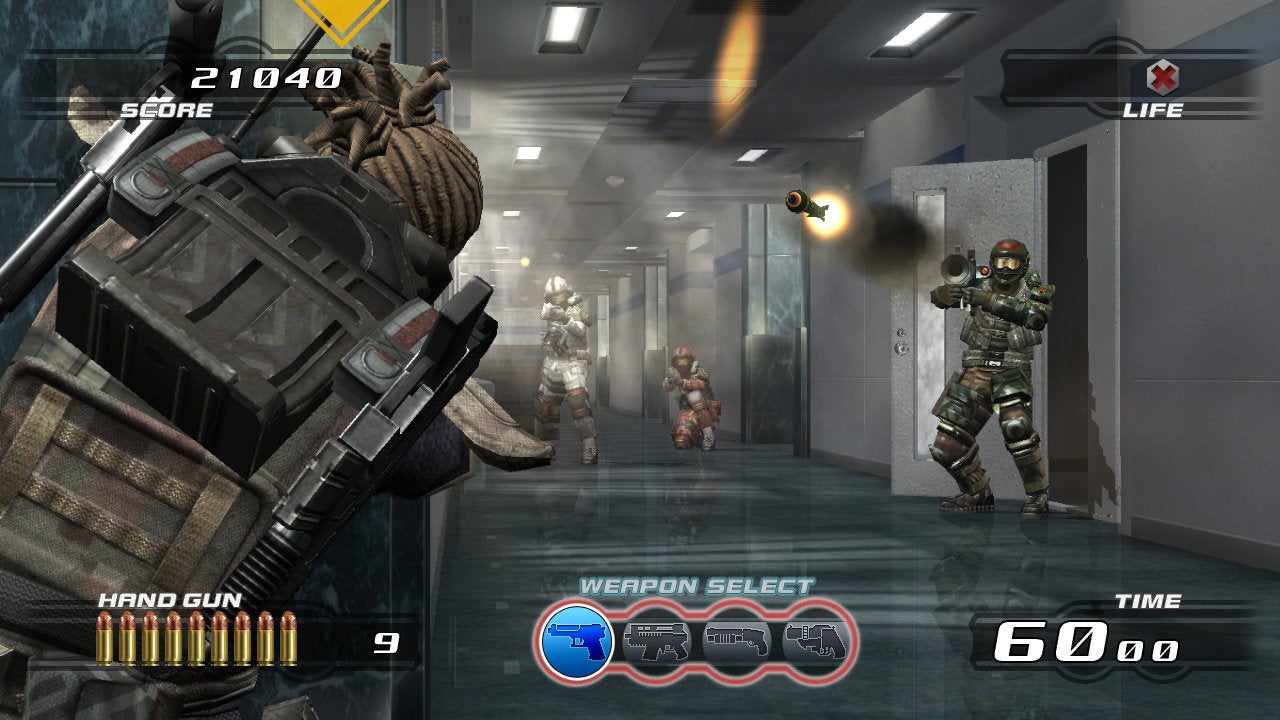 Sitting down with co-founders Ben and Phil, they quickly reveal that Bespoke Arcades was dreamed up around the same time as many other great ideas: on a boozy Christmas Eve. After hurriedly finishing their last-minute present shopping, these two old friends spent the night before Christmas doing what they always do – sipping brandy and talking about video games. As the night went on, the pair found themselves reminiscing about their years spent pouring coins into their favourite arcade cabinets, and feeling wistful for the games of yesteryear. It was then that they stumbled upon an idea: what if they could take one of their favourite 1980s arcade machines and tweak it to run hundreds of retro classics?

Unlike most drunken conversations, the resulting idea struck a chord that outlasted their respective hangovers. Tracking down some old arcade machines on eBay, the pair decided to transform these relics of the past into retro gaming hubs of the future.

However, once the classic cabinets arrived, their rose-tinted nostalgia soon gave way to a far more grimy reality. “We tinkered around with existing cabinets but they were either a bit ugly or …well, some were literally urine-stained at the bottom,” laughs Phil. With the cabinets failing to capture the golden years, the pair quickly realised that in order to play all their favourite games in one cabinet, they’d have to build their own from scratch. 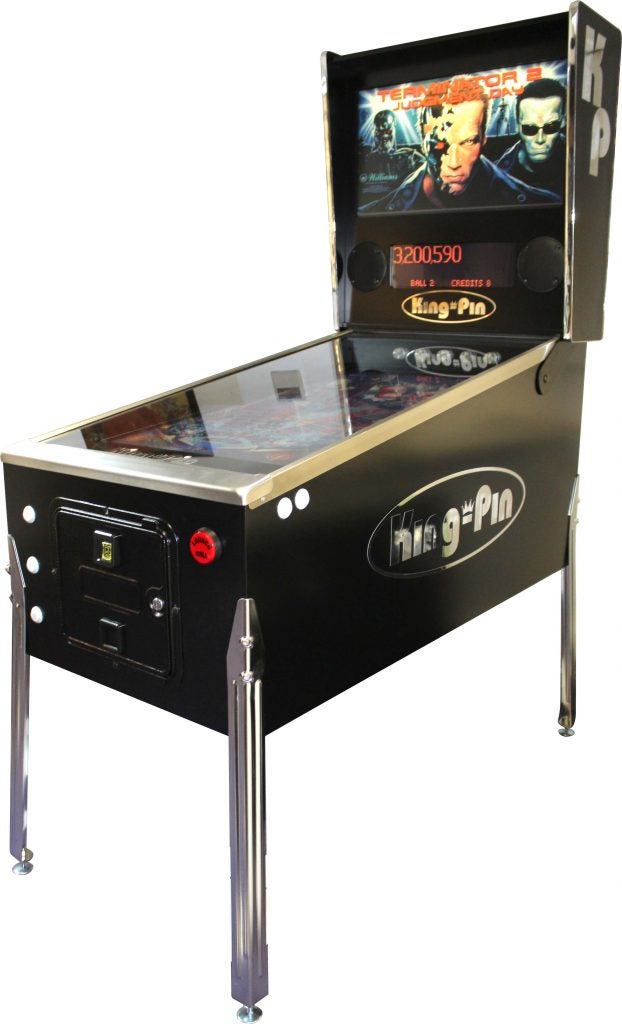 Luckily, they already had a brilliant opportunity sitting on their doorstep. Ben’s dad was a frame maker by trade, allowing the duo to frequently raid his workshop and excitedly work on their first prototype in-between their day jobs. Thanks to Phil’s graphic design and IT background, and Ben’s practical skills, they’d created their very first bespoke arcade machine within no time. Initially, that achievement was enough in itself, but after seeing how impressed friends were with their first creation, they realised they might be on to something.

“It started off as just a hobby idea with potential,” admits Phil. “But the more we looked into it, the more viable this business idea became.” As the more business-minded of the two, Ben recognised a gap in the market. “Modern games, while amazing, have simply become ever more complex and time-consuming to play,” he says. “ We realised that no-one was replicating the true arcade scene with authenticity; we wanted to bring that high-quality arcade gaming to the masses. We were convinced that a lot of people had the same dream as us!”

As it turns out, a lot of people did. After continuing to tinker with the prototypes and refining the design, they realised that there was a market ready and waiting for them – they just had to find a way to get the word out. “It was a good six or seven months before we made our first sale,” admits Phil. “Obviously, no-one had heard of us at that point, and we were still learning and refining the design. I actually started teaching 3D graphics at Barnet College – believe it or not – to make ends meet. Then, finally we made our first sale and, shortly after, a second one. Wanting to spread the word, we harassed Stuff magazine every day – like every day – until they put us in. Then it all started happening for us.” 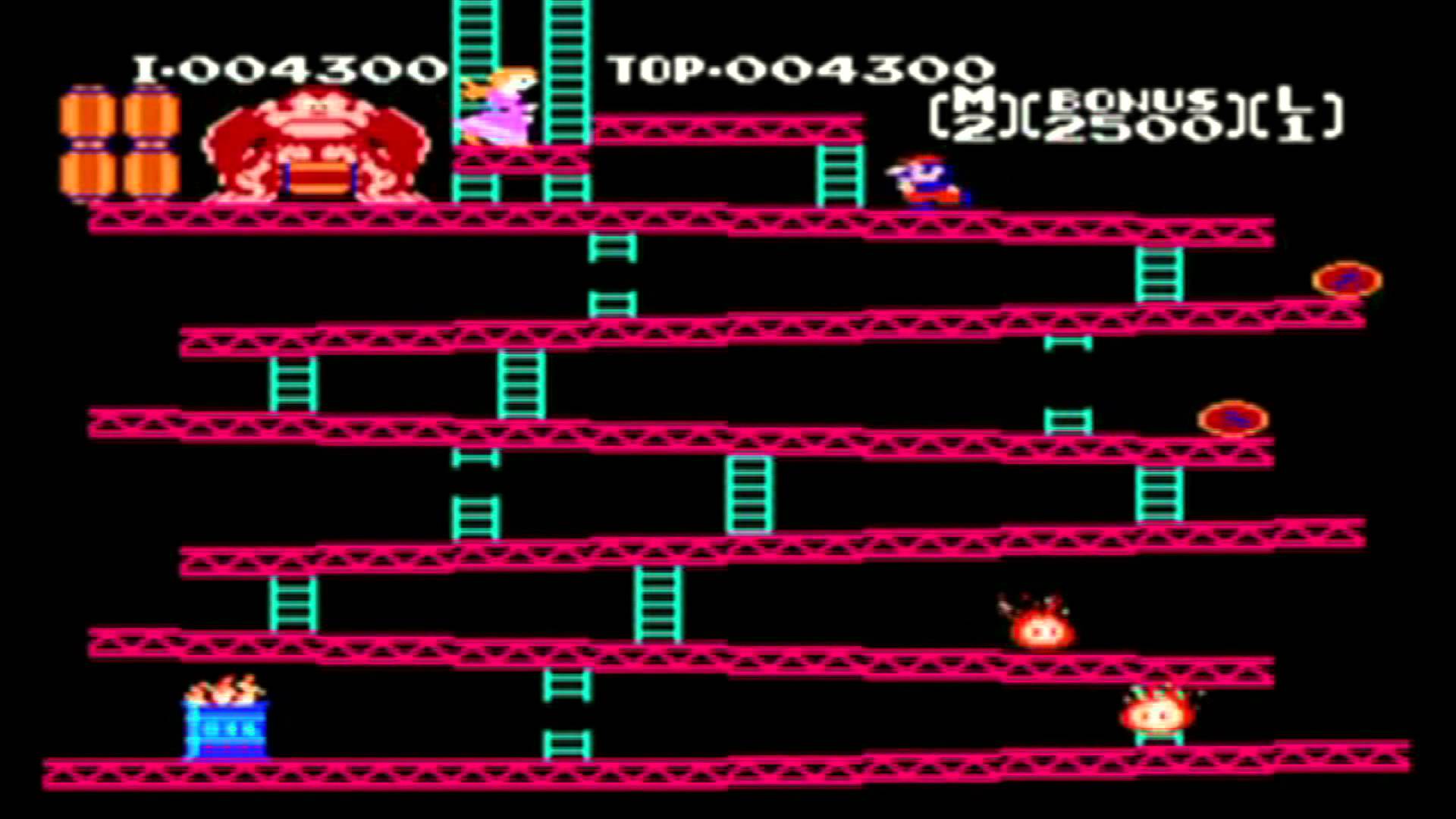 Since landing their big break with the press, the pair’s hard work has seen their machines stocked in Selfridges, adorning the houses of celebrity chefs, and even sporting the logos of their favourite games companies. “Our first sales at Selfridges were actually to Wayne Rooney and Thierry Henry! “ beams Phil. “Since then, they’ve come back and bought a couple more. I’d like to think that they’re still happy with their original arcade machines.”

Wandering through their busy workshop in Potters Bar, I thought it was time to finally see what all the fuss was about. As I made my way through their office, I found myself face to face with four different models of arcade machine. Given their extravagant clientele, I wasn’t surprised to learn that none are particularly cheap. While each machine can be customised to fit an individual gamer, prices for the most basic machine – the Apex – start at £1500; the most pricey machine – the Nu-gen – will set you back an eye-watering £3000.

After spending some time with each of their four standard models, I was pleasantly surprised at how premium even the ‘cheap’ machines felt. While the specs and sizes of each machine differs, all the models feel solidly built, allowing me to easily enjoy everything from F-Zero to Time Crisis without ever feeling like my experience was compromised by the entry-level cabinets.

As you can see from the pictures below, size and aesthetic is the most obvious distinction between each model, with the pricier cabinets sporting more elaborate finishes and even allowing for multiple players to fight it out simultaneously. Otherwise, the main thing that separates the more modest units is their weaker GPU. Which, depending on the era of console and arcade game you want to replicate, may not even really be an issue. 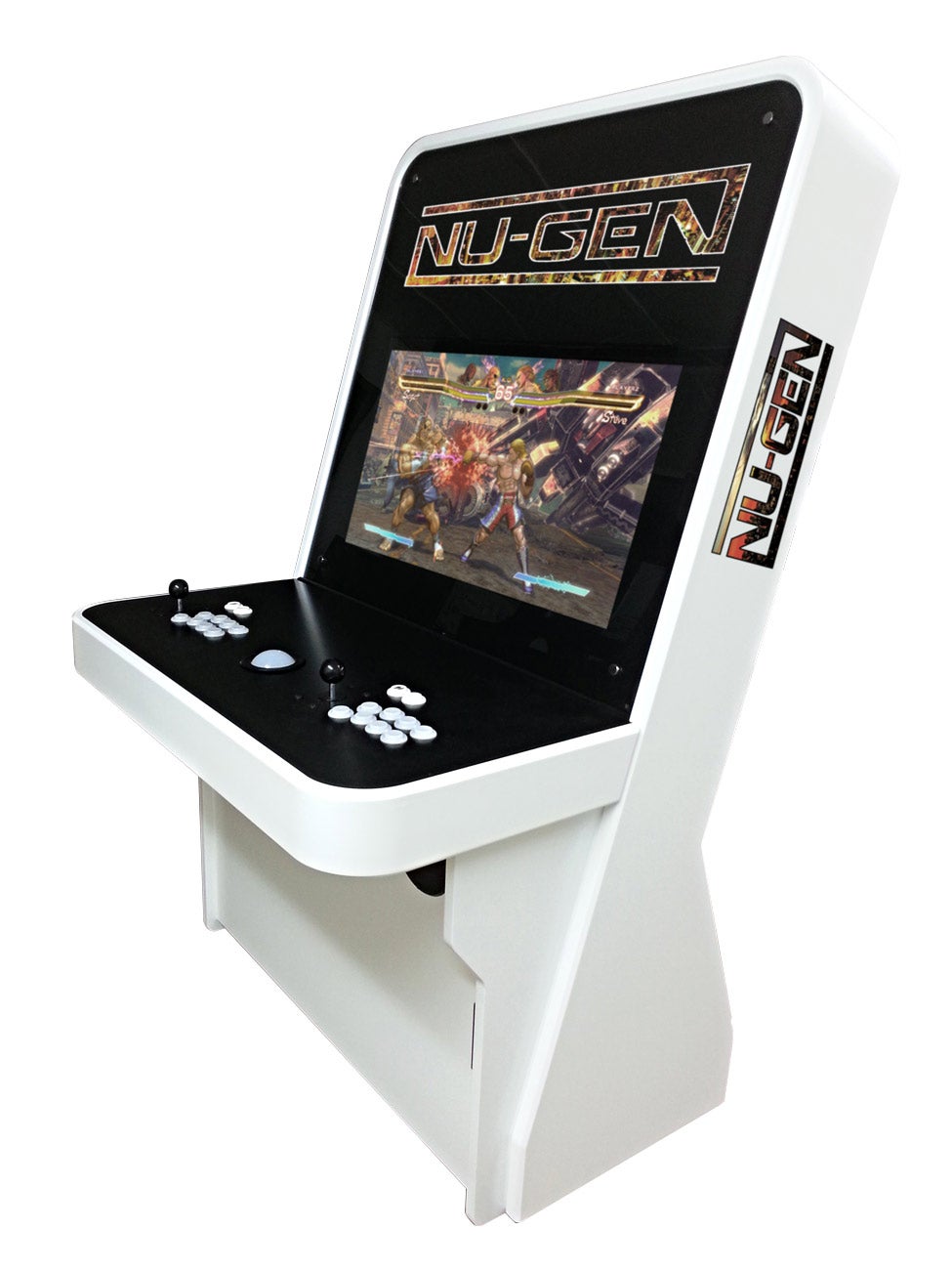 Speaking of games, I was pleasantly surprised with how Bespoke Arcades has handled the tricky issue of preloaded games and piracy. Each unit comes with a selection of disc-based preloaded games, but also a clever software library that lets you temporarily access a huge number of retro classics.

“We’ve been developing a great new proprietary system that allows users to legally play 1000’s of classic games via the internet, all from legitimate sources such as archive.org,” says Ben proudly. “The games are literally borrowed/hired – they’re not permanently stored on the cabinets – so will only run to the point at which the arcade is switched off. So, when you go for one of our machines you also have instant, legal access to practically any retro game you can think of!”

Yet, as impressive as the arcades are, it’s Bespoke Arcades’ latest creation that really caught my eye. Turning its attention to another dying medium, Bespoke has taken its love of the past and added longevity to an increasingly unloved pastime – pinball. Using an LCD screen inside a table and combining it with real pinball parts and force feedback, Bespoke has managed to give pinball fans all the tables they could wish for in one place.

With a custom dot-matrix display built into the unit, and Kinect head-tracking allows you to lean with the table, at first glance you could be forgiven for thinking it’s the real thing. With the impressive table starting at £5995, Bespoke’s aptly named King Ping isn’t exactly an impulse purchase. Yet, given its versatility and the clever tech crammed into it, it’s arguably the best value-for-money product the company offers – feeling surprisingly similar to the real thing. 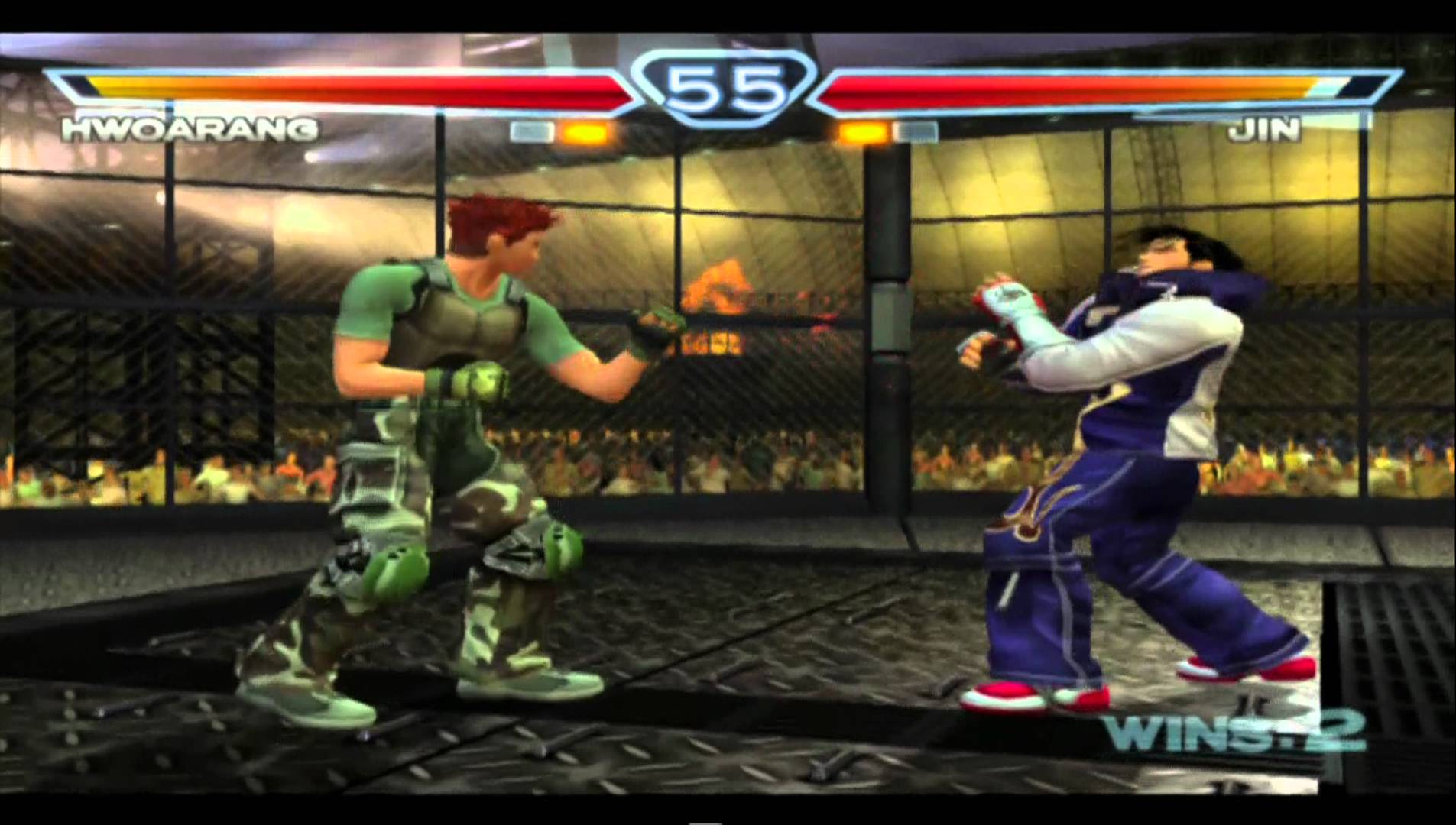 “The force feedback is there – which really adds to that; it makes it as real as it can be. It’s designed so that you can just play loads of different tables on one machine. We were down at a store the other day, and the pinball machine repair guy was there. Obviously, he isn’t going to take too much of a shine to our virtual pinball machine, but we wanted him to have a go. He said that although it isn’t a replacement for real pinball, he could play games that he didn’t have access to – because none of his friends have access to the tables. Like arcade jammer boards, they’re becoming a rarity.”

It’s this commitment to keeping classic gaming alive in an ever-changing world that really defines Bespoke Arcades. For these two nostalgic gamers, simplicity and analogue charm is crucial to what makes gaming special. Yet, with plans to develop their own custom virtual pinball tables and even to dabble with their own VR creations, this small company isn’t just looking to the past – it’s now trying to incorporate the joy of analogue experiences into gaming’s future.