Do Nick Mendoza and co proud

Battlefield Hardline is the first in the franchise to be developed by Visceral Games, and the single-player campaign has a very different feel to it than previous Battlefield games.

Instead of the warzone theme, Visceral has instead opted for a cops and robbers theme with a single-player campaign split into episodes just like an American cop drama.

With the slight change in format comes a variety of gameplay shifts for Battlefield Hardline. All the building shattering mayhem is there if you want it, but you’ll also have to adopt a few more stealth techniques if you want to succeed.

Here are a few tips and tricks to help you get started with the Battlefield Hardline single-player campaign and our hero Nick Mendoza. 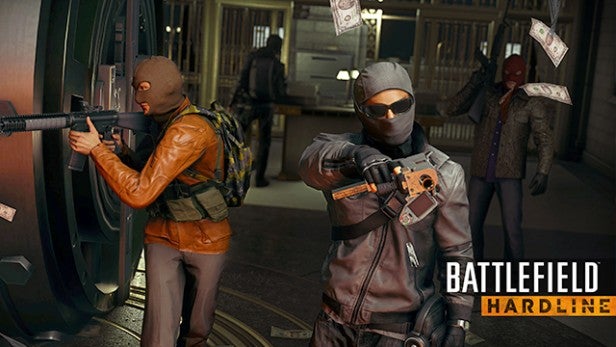 1) Your scanner is often your best weapon

You might have just nabbed yourself a super powerful pistol or SMG, but Nick’s police scanner is a very helpful tool. Whip it out using RB/R1 and use it to scan the area you’re about to head into. Not only will it pick out any free-roaming enemies, but it’ll also let you know if any of them have outstanding warrants.

Taking these guys into custody with a non-lethal takedown – executed by clicking in the right stick – will bag you some extra dosh, which you can use to buy weapons and other upgrades.

Of course, your scanner will also highlight areas that will require further investigation with a magnifying glass icon or items to analyse in green.

It’s because of these green items that you’ll also want to explore all the areas in each episode. Even though all the enemies are down, you might have missed a room that holds some crucial evidence for the cases you’ve been solving in the background.

Cases span multiple episodes, so the completionists among you should endeavour to grab all the evidence you can as you go along.

Collecting evidence has other benefits too, as it will help you level up more quickly, giving you access to new weapons and accessories. 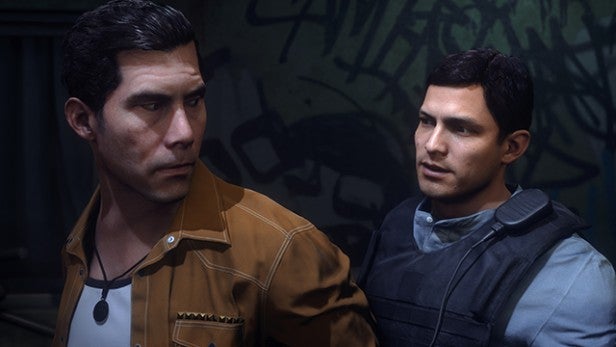 Hardline might just be the first Battlefield game that rewards you for being stealthy rather than opting for the run and gun approach. In fact, if you take out enemies by any other means apart from gunning them down, you’ll rank up faster.

That means you shouldn’t be afraid to flash your badge in the middle of a mission. Pulling out your badge with LB/L1 when you get a baddie on his own can give you precious seconds to take him out quietly and non-lethally before his buddies realise what’s going on.

It’s a particularly useful tactic when you’ve not yet unlocked the suppressors for your weapons in the early chapters.

4) Flicking a bullet shell can be a great stealth tactic

The same can be said for the simple task of tossing a bullet casing to get one of your foes on his own. Flicking a bullet casing will cause one enemy to peel off from his friends, enabling you to take him out with a silenced pistol or a well timed take down.

If you’re going for the stealth option, remembering your seemingly endless pocket full of shells can come in very handy in a tight spot. 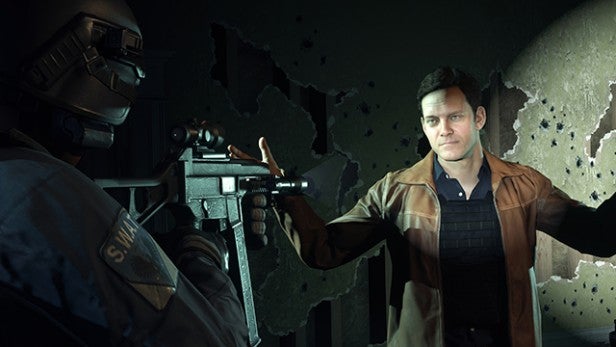 5) Don’t worry about hiding the bodies

Now, while Hardline is a game with a strong focus on taking the quiet route, there are a few holes in its stealth system. For those who are used to playing games such as Hitman, Metal Gear Solid or even Assassin’s Creed, you’ll be used to ferreting away fallen foes in the undergrowth.

Well, in Hardline you can forget about that. There’s no way to pick up even unconscious and cuffed enemies. Instead, you’ll need to leave them there for their friends to trip over.

It ruins the stealth illusion somewhat and will frustrate you at times when other patrolling guards spot that their mate is lying there. But that might be just another one of your many distraction techniques.

6) Don’t forget about the exploding scenery

For those of you who are new to this Battlefield thing – and many of you will be enticed by the thought of a cops and robbers action game – don’t forget that scenery isn’t permanent. That lovely wall you’re peeking out from behind may well be gone in a little while as the criminals pelt you with bullets and well timed grenades.

The scenery degradation is one of the most impressive things about the Battlefield series, but you’ll do well to remember that not everything is the best piece of cover. 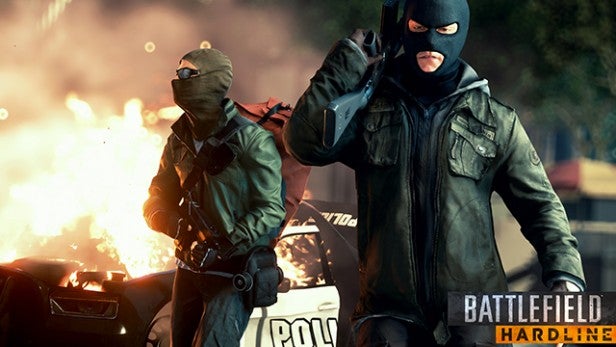 7) Veteran mode is unforgiving if you go gung-ho

Forget the simple Battlefield technique of shooting from cover if you want to play through the Hardline single-player campaign on veteran difficulty.

You’ll have to learn to pick your way through each episode, often being forced to sneak up and take out each enemy in turn – Hitman style – rather than going in literally all guns blazing.

There will still be moments were you need to force your way through waves of attackers, but if you try this tactic on every level you’ll die – a lot.

Visceral Games should really be applauded for its commitment to the cops and robbers premise.

8) Unlock weapons by picking them off corpses

One of the only ways to unlock new weapons in the single-player campaign is to pick them off your dead or downed foes. Once you’ve cleared a room, make sure you double back and have a gander at the weaponry littering the floor. You might just find that P90 you’ve been waiting for.

Some weapons you’ll only find through levelling up, so grab your scanner and your stealth goggles. 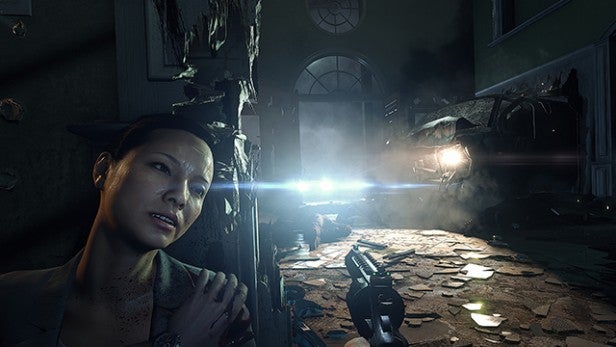 9) Or head into multiplayer

Of course, the other way to unlock all 54 weapons in Battlefield Hardline is to head into the rich and rewarding world of multiplayer. Unlike other Battlefield titles, you won’t unlock weapons as you rise up the ranks. Instead, you use in-game currency to buy new weapons, attachments and gadgets like a real criminal – or cop…