The Asus Transformer range has, since its inception, been one of the best reasons to buy a tablet other than an iPad. Powered by Android and boasting a class-leading keyboard dock that turns the tablet into a convincing laptop-like device, and boost battery life massively, it’s the tech nerd’s obvious choice.

With new models talked about and released all the time, though, it’s about time we look at the Transformer models you should be considering this year. We’ve left out the original Transformer, and dived straight in with the Prime, the Pad Infinity 700 and the Pad 300.

The Prime and Infinity models have the upper hand on look and feel. They have shells made primarily of aluminium, where the Pad 300 uses plastic to save money.

However, they share a similar stylistic ethos. The backs of the tablets are finished with a design of concentric circles, playing with reflected light particularly in the Infinity and Prime models.

In-line with being a cheaper model, the Pad 300 offers bold blue, red and white finishes. The Prime comes in classier champagne/metallic grey colours, as does the Infinity.

If you can get over the looks issue, they’ll feel very similar to use, though. Gorilla Glass is used throughout as the top layer of the screen, and so will respond to your digits in the same way.

The upcoming Pad Infinity tablet is a tiny bit thicker than the Prime. But in use, there’s very little chance you’ll notice the extra 0.2mm of body. The two tablets weigh exactly the same – they’re virtually identical twins. 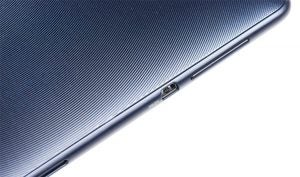 The finish of the Pad 300 (via Anandtech)

Down the range a bit, the Pad 300 is chunkier and heavier than its more elegant siblings. You might imagine that using plastic would shed weight, but we expect Asus has thickened-up the casing a bit to keep the tab feeling strong.

Let’s not talk-up the differences in size too much, either. 635g is still light, and lighter than the iPad 3. It’s likely to have a slightly more practical – slightly less desirable – presence, a bit like the first Transformer, which too was made largely out of plastic. It did have some metal trim elements, though.

The Nvidia chipset is, just like last year, becoming the Android tablet staple. Tegra 3 is a SoC (system on a chip) solution with a quad-core CPU and a 12-core GPU.

It sounds extremely impressive, and is certainly capable of some impressive feats including glitch-free rendering of high bit-rate 1080p video. However, benchmarks show that it doesn’t match the power of the new iPad’s A5x CPU, in spite of the much less impressive numbers behind it. The A5x has “just” a dual-core CPU and a quad-core GPU. The Snapdragon S4 is just dual-core too, but is said to outperform the Tegra 3 in a number of areas. However, this only features in certain versions of the tablet.

Screen quality is where the differences between the three become the most apparent. Streets ahead is the Asus Transformer Pad Infinity, which has a 1080p resolution screen and the fantastic Super IPS-plus quality of the Prime.

All these tablets use IPS-type screens, which offer great viewing angles, but the “Super Plus” bits improve image quality and boost maximum potential brightness hugely. These screens get so bright, they’re painful to look at. 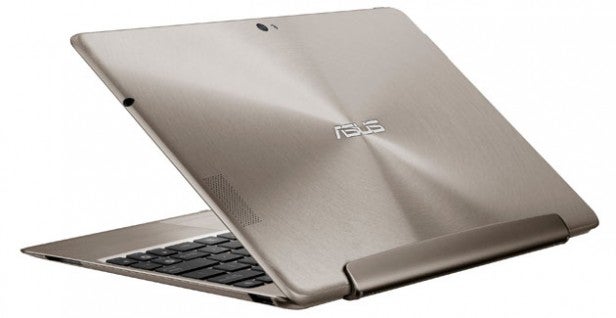 With just over half the nits rating (a brightness measure) of the Prime and Infinity, the Pad 300 isn’t as good to use outdoors. However, stay inside and the cheaper tablet’s screen will still look perfectly good – although you will be able to see minor pixellation, as pixel density is much less than in the Infinity model.

There’s very little to separate the Asus trio in software. All use Android 4.0, Ice Cream Sandwich, and Asus has shown a pretty good attitude to updates. It has released them fairly quickly, and will hopefully continue to support the whole Transformer family for at least a couple of years.

Part of being able to release updates quickly is in not faffing around too much with the core software. Where HTC loves nothing more than to jam its highly recognisable Sense UI into its mobile products, Asus has left its tablets virtually vanilla. Of course, Honeycomb didn’t let manufacturers fiddle with the UI much, so we’ll just have to hope this won’t change now that Asus is working with 4.0.