Battle of the cheap laptops

Asus recently announced the EeeBook X205, a budget netbook that’s clearly aiming to take on Google’s Chromebook range with a similar price and form factor, but with the added flexibility and power of the Windows 8.1 OS.

Asus practically ushered in the first netbook era with the original EeeBook brand. Can it revive a format that many people thought of as dead with the EeeBook X205?

If it’s to do so, Asus is going to have to cut into the growing sales of Google-powered efforts from Samsung, Acer, Toshiba, and (somewhat oddly) itself.

That’s exactly the same spec as something like the Acer C720P Chromebook or the Samsung Series 3 Chromebook. The Toshiba Chromebook 2 actually offers a Full HD 1080p display and still costs just £249.

One area in which the X205’s screen falls behind something like the Acer C720P, in particular, is in the lack of touchscreen input. Given that Windows 8.1 is inherently suited to such input – far more so than Chrome OS – that’s a bit of a shame.

The inclusion of a touchscreen may well have added another £50 onto the price, but we’d argue that would probably have been worth it in this case. 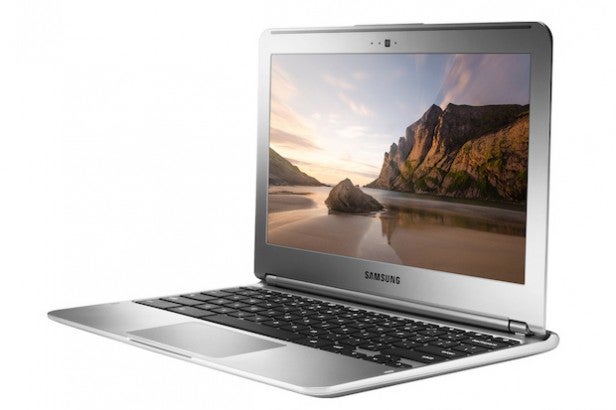 This teeny-tiny mobile-friendly processor can run Windows 8 just fine, but you wouldn’t want to initiate any intensive tasks like photo editing or games playing.

Of course, you wouldn’t want to do any of that on a Chromebook either. Chromebooks tend to be powered by an Intel Celeron 2955U processor or a mobile processor like Samsung’s Exynos or (most recently) Nvidia’s Tegra K1.

Of that lot, only the Celeron can really rival the Atom Z3735 for general power. 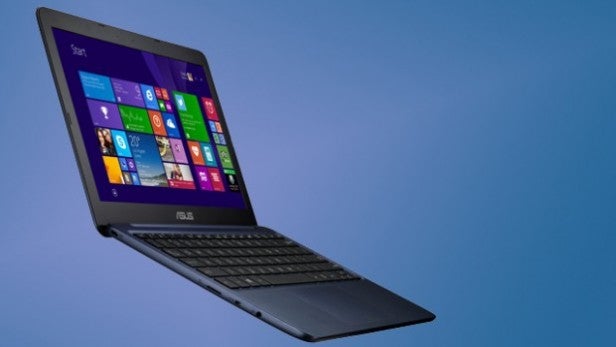 The EeeBook X205 comes with 32GB of onboard storage as standard. That’s the same as the aforementioned Acer C720P Chromebook and double that of your average Chromebook.

It should be noted that Windows 8.1 takes up far more space than Chrome OS. Of course, the X205 will also come with a 64GB option, which would convincingly exceed any Chromebook bar Google’s ridiculously premium Pixel. 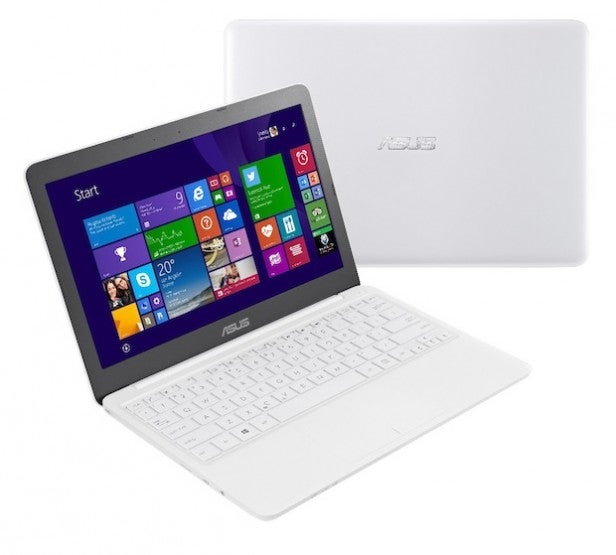 Here’s the biggest differentiator between the EeeBook X205 and the various Chromebooks out there – the operating system.

Every Chromebook runs on Google’s Chrome OS, a lightweight browser-based OS that allows you to execute basic tasks quickly and efficiently. For web browsing and light document creation, it’s great. There are plenty of Chrome apps to offer expanded capabilities, and you can even work with many of these offline nowadays.

But if you want to do anything more advanced, the EeeBook X205 is a better bet. It runs full Windows Phone 8.1, which means you get access to all of the full programs that entails.

Of course, there’s the limitations that come with that processor, but the EeeBook X205 still has a lot more potential than even the £1,000 flagship Chromebook Pixel – a sobering thought indeed.

Of course, Windows 8.1 isn’t universally liked by any means. Its UI is seen by many as a case of style over substance, and the half-way measure that is desktop mode is a well documented misstep.

We’ll finish with arguably the most important area of all – price. After all, Chromebooks have been so popular because they offer a decent basic laptop experience at a very low price.

Asus clearly appreciates this fact, as the EeeBook X205 will be made available for around £200 when it launches. That’s firmly in Chromebook territory – head over to the Google Play Store and you’ll find the Acer C720 for £199 and the HP Chromebook 11 for £229.

All even on this count, then. 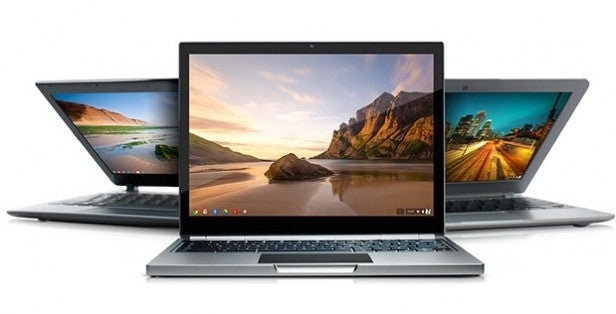 With the EeeBook X205, Asus appears to have hit the same sweet spot that the Chromebook range in general has managed in recent years.

It’s going to be a cheap, compact, and reasonably capable laptop that can handle basic tasks with ease. With similar specs to most Chromebooks, the choice is going to come down to OS preference.

And here is where both the Asus EeeBook X205’s strength and its weakness appears to be. On the one hand, Windows 8.1 is a more advanced and powerful OS than Chrome OS. On the other it’s… well, Windows 8.1, one of the most maligned pieces of software of recent years, and arguably a more involved OS than anyone shopping at this price range really needs.

Still, if you’re after the cheapest fully-fledged Windows experience possible, the EeeBook X205 looks likely to be a safe bet. We’ll know for sure once we have one in our hands some time over the coming weeks.