The Olympics kick off today with an opening ceremony that’s been put
together by feted movie director Danny Boyle and will no doubt prove
spectacular. Once that’s out of the way we can look forward to two weeks
of top sporting action with the best athletes in the world competing
head to head. To get you in the mood we’re running our Appylmpics –
roundups of the best apps for making the most of the Olympics. Today
we’re awarding medals for the best Olympic news and results apps. Who makes the podium?
Read on to find out. 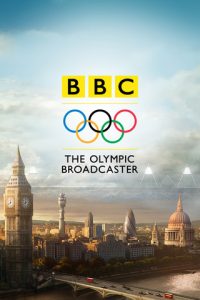 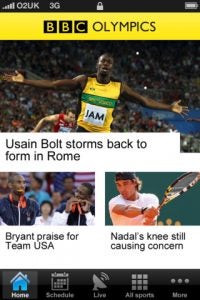 There are plenty of Olympic apps scattered around Apple’s App Store and Google’s Play, but undoubtedly the best of the bunch is this offering from the Beeb. Not only is it beautifully presented, something we’ve come to expect from BBC apps, but it also provides you with a wealth of information. In fact there are individual pages for all 36 of the Olympic sports, as well as all the athletes and country teams. You get comprehensive schedule and results information, along with minute-by-minute live text commentary. But the jewel in this apps crown is the way it also give you access to live video feeds during the Games. 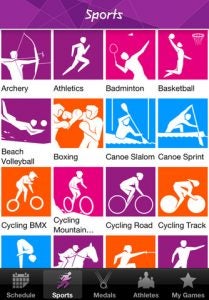 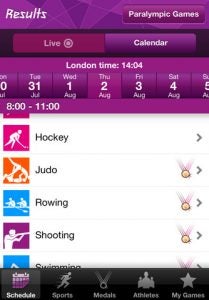 Once the Olympics are up and running, this app promises to be the best way to stay up to date with the latest official results from the Games. The app supports push notifications so it can send an update with the official results as soon as they’re in. You can also customise this via the My Games section, so you don’t get annoyed by results from other countries when all you’re interested in is your home country. What’s more, there’s plenty of background information, including biographies for all the athletes taking part in the games, as well as medal tables and news storied concerning each sport. 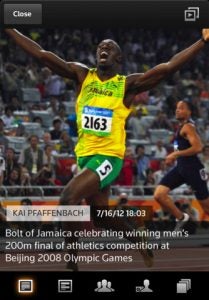 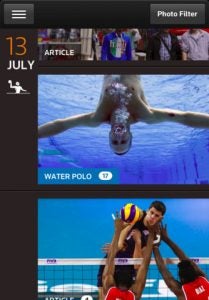 This Olympics app from Reuters has a cool, tiles-type design that’s obviously been influenced by Microsoft’s Windows 8 Metro interface. It’s been created to show off Reuters’ sports photography at its best, but also includes some editorial content as well as events schedules, results and medal tables. Reuters will as be providing live data when the Olympics is up and running, along with blogs from its various photographers. As you would expect, there’s integration with social networking platforms including Facebook and Twitter. It’s just a shame that the app is only available on iOS and that Reuters hasn’t introduced Android and Windows Phone versions.

Get Your Flag Out
The Engine Group
Price: Free
Platform: iOS 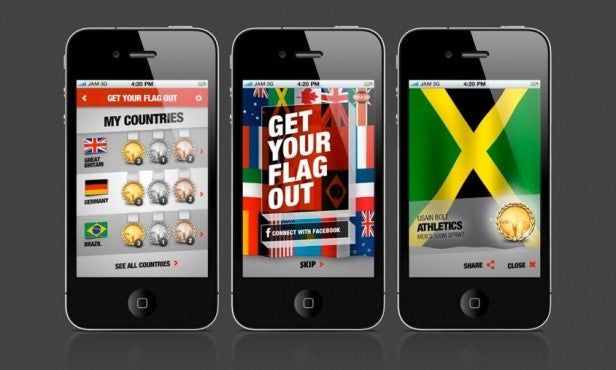 And now for something completely different… if those apps sound a bit too much like hard reading work for you, check out Get Your Flag Out. It’s much simpler than the competition, being more about fun than looking too deeply into what’s going on – perfect for the casual Olympics fan. Fire the app up and you’re prompted to choose up to three flags, those of the countries you want to follow. After that, you’ll be prompted whenever each of these countries wins a medal. The notification takes the form of the flag unfurling, accompanied by the country’s national anthem. Cheesy? Absolutely. Good for taunting your friends with? Certainly.