put together by feted movie director Danny Boyle and will no doubt prove
spectacular. Once that’s out of the way we can look forward to two
weeks of top sporting action with the best athletes in the world
competing head to head. To get you in the mood we’re running our
Appylmpics – roundups of the best apps for making the most of the
Olympics. Today we’re awarding medals for the best fitness apps. Who
makes the podium? Read on to find out. 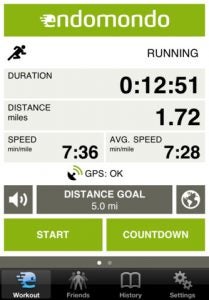 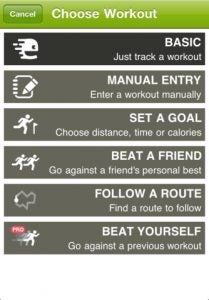 Endomondo
Sports Tracker is a great fitness app that lets you keep track of just
about any sort of sports activity including running, rowing, kayaking,
biking and snowboarding. It tracks your progress in outdoor sports via
your phone’s GPS chip and automatically produces data such as your
fastest and slowest times as well as the number of calories you’ve
burned. The app syncs with the Endomondo website which includes social
networking features allowing you to view other people’s progress, swap
training tips or download new running routes. The app also support
fitness accessories such as wireless heart rate monitors. All in all,
it’s a top quality way to track your training. 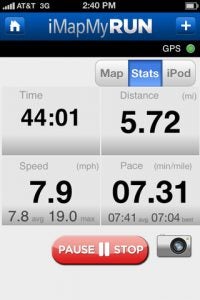 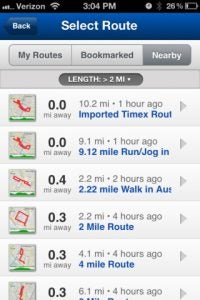 MapMyRun
does what it says on the tin, but also packs in a few more features
too. Essentially it’s a tool for joggers and runners to track their
routes as they run. Use your phone GPS feature it tracks stuff like your
pace, distance travelled, elevation, distance travels and if you buy an
optional heart rate monitor it. As you run voice prompts keep you
informed of your progress and once you’ve finished your punishing
workout you can upload your runs and records to Facebook and Twitter if
you feel like showing off to the world. 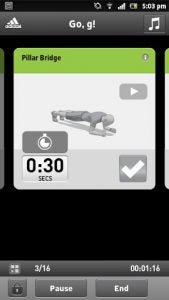 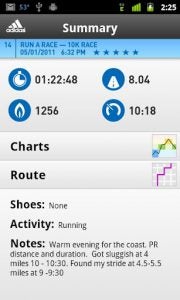 Adidas
MiCoach differs from most other fitness apps in that it doesn’t just
set out to track your training it actually wants to act as your coach.
The app works in conjunction with the MiCoach website. To get started
you enter some information into the website about your sex, weight and
height and then decide on your training goal (lose weight, run a
distance faster etc). The site then develops a training program for you
to follow and downloads it into the app. When you’re out on your
training run the app calls out different paces that you must hit during
the workout. It tracks these via GPS an tells you to speed up or slow
down if you’re not hitting your targets. This makes it a great
alternative to professional coaching.

Tune in tomorrow for our pick of the best Sports Games.