Costing £13,500, the top-of-the-range 18k-gold Apple Watch Edition is quite an investment, but is it a sound one? And what else could that money get you?

Gold’s typically seen as a safe bet when the financial proverbial hits the fan. However, there’s only around 30g of actual gold in the Apple Watch Edition, while at current prices £13,500 could nab you closer to 670g of gold.

OK, so that investment isn’t looking so wise now, especially when your shiny new Apple Watch is looked down upon by next year’s Apple Watch 2 owners. Here are some more savvy suggestions for where to sink £13.5k of your hard-earned cash… 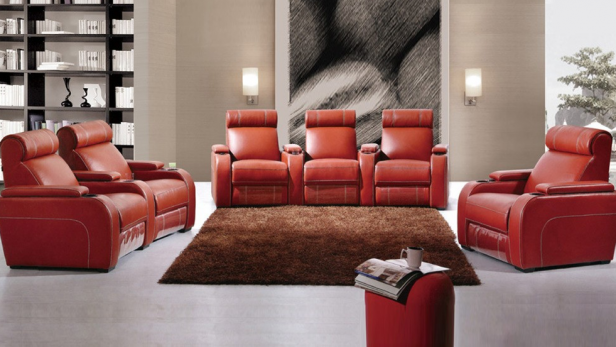 Tim Cook has wanted the Apple Watch since
he was five years old, but pretty much every single movie and gaming fan
has spent their lives wishing for a home cinema. If you’ve got a spare
room or a relative you can force out of your home, investing in a
legitimate home cinema system is definitely worth a shout and can be
done for £13,500, no problem. Top-quality home cinema speaker systems such
as the Monitor Audio Radius R90HT12 can be bought for less than £2000, to be paired with a suitable AV receiver like the £470 Denon AVR-X3100W. Then throw
in some Paramount Home Cinema seating, from £1,755 for three seats,
which leaves just around £10,000 for a screen. There are numerous
options, but if you’re serious about your home cinema setup, surely
you’ve got to get a 4K projector right?

Sony’s VPL-VW300ES 4K
projector can be found for a staggering £5,849, but still well within
your leftover budget. So much so, in fact, that you could grab a Cinema
Popcorn Maker, a Ben and Jerry’s Ice Cream counter freezer, a
PlayStation 4, an Xbox One, £1000 worth of games and UHD movies, an
Apple Watch Sport and still have change. Take that, Tim Cook!

Ever wanted a Pony? 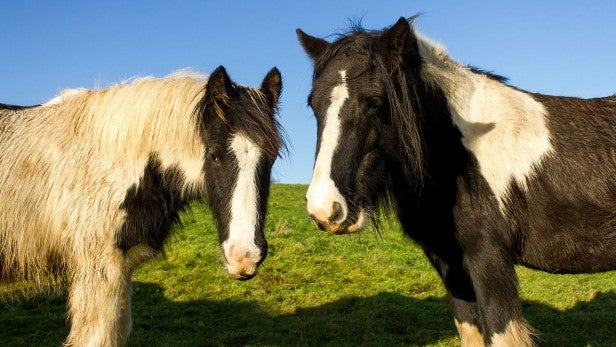 Buying a race horse is out of the window, considering the cost of training and special food supplements. But owning a pony is well within your means if you’ve got £13,500 to splash. A young pony can cost anything between £100 and £1000 depending on quality. But then when you throw in costs such as food, hay, healthcare, insurance and extras, the total price of buying and keeping a pony can end up at anywhere between £7,000 and £11,000.

So you could be a proud pony owner for less than the price of an Apple Watch Edition and still have some money left over for a couple of non-gold Apple Watches. Don’t think that’s quite as standout as owning a gold Apple Watch? Buy the pony a horned browband and you’ve got yourself a frickin’ unicorn. 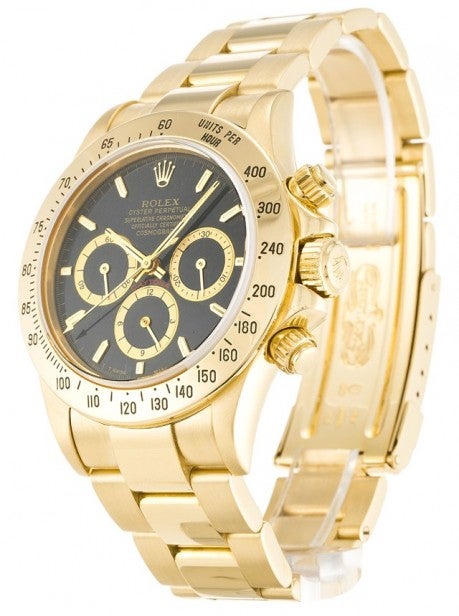 Why buy a smart watch that will be out of date within a year when you could buy a 20-year-old classic 18k gold Rolex? An iconic Rolex, such as the Daytona (pictured) or Yacht-Master worth £11,000 to £13,000 will never go out of fashion and will only ever increase in value, long after Apple Watches have come and gone.

It’s unlikely your children will want to inherit your first-generation Apple Watch Edition in 60-80 years. By then smartwatches will be the sun dials of the day, ancient relics of a bygone era when we had concerns about battery life and we had to touch screens to interact with our communication tools. But a 100-year-old gold Rolex? Now that will be something special.

Of course, you’d look super cool wearing an 18k-gold Apple Watch Edition, even though most people will assume it’s gold plated or may not even notice it at all. But if you’re seen riding a Harley-Davidson motorcycle people know you’re a person of a certain taste. You wouldn’t be just another motorbike owner; you’d be buying a slice of true motoring heritage. 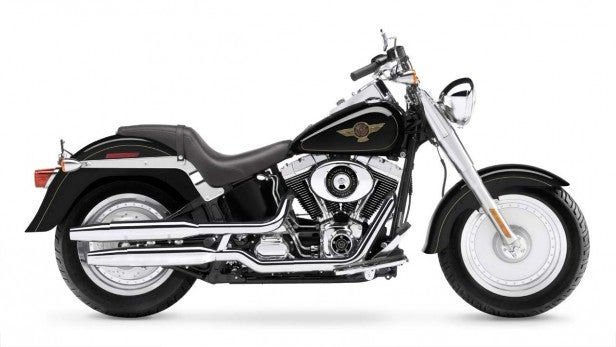 For around £13,000, you could grab yourself a used 1690cc Harley-Davidson FLSTF “Fat Boy” with a six-speed gearbox and chrome bodywork. Smartwatches can answer your calls and send your heart rate to people, which is, er, cute. But can they make a noise that reverberates through the ribcages of admiring onlookers and get their hearts racing? Nope.

SEE ALSO: The Apple Watch apps you should download first

Looking around online, we managed to find some interesting around-the-world tickets that would still leave you with spending money for your once-in-a-lifetime trip. You could travel the world by train in 48 days, starting in London, heading to Paris and across the Asian and Australasian continents, over to the US and back to London from £9886, including flights.

Or alternatively, you could go on an adventure from East to West coast America, or Delhi to Katmandu and back to London, for around £6000 including flights, leaving plenty of spending money for crap souvenirs.

Seeing the world and experiencing different cultures is never a cost; it’s an investment in yourself. You could buy yourself an Apple Watch Edition, or you could enrich your life.