If you’ve just treated yourself to an Apple Watch or already have one, you may be thinking of different ways to bling it up. You can do just that by changing its strap.

Apple offers up a wide range of stylish straps, but the thing is, they’re not cheap. Prices start off at £39 and escalate to an eye-watering £379, which obviously isn’t feasible if you’re watching your pennies.

That doesn’t mean you have to compromise on style, though. There are plenty of straps out there from third-party companies that are just as attractive. The difference is that they’re a lot cheaper.

In this article, we take a look at our favourite third-party Apple Watch straps. Each one is suitable for different tastes, but they all share the same aim: to pimp up your beloved Apple Watch. From bling to classy, to functional to simple, there’s a strap for you. And you won’t end up bankrupt by purchasing one.

The official Apple Milanese Loop strap is definitely one of the most striking accessories you can get for your Apple Watch, but it’s costly at £129. However, there’s no need to threat, because Baseus has come to the rescue with its very own budget version. 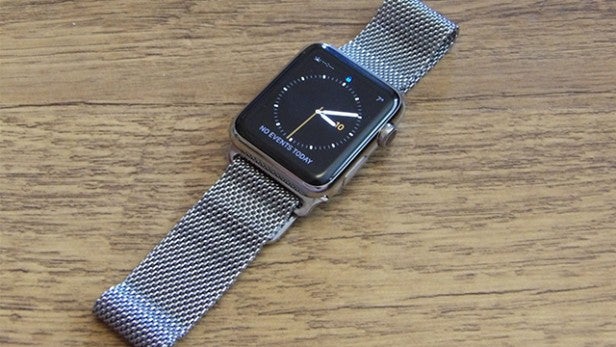 Made from woven stainless steel mesh and costing just £49, it’ll add a degree of sophistication and class to your Apple Watch. And its magnetic closure means you don’t have to fiddle around with a clasp. However, over time, the magnet may weaken, which means you’ll just have to buy another strap. Whatever the case, this is a decent option if you want something sophisticated but also nice to use.

If you’re after a basic silicone strap for your Apple Watch and don’t fancy spending £39 on one from Apple, then Olixar has you covered.

Made from soft, flexible rubber, the band is durable and comfortable on the wrist. It’s perfect if you use your watch a lot during exercise. 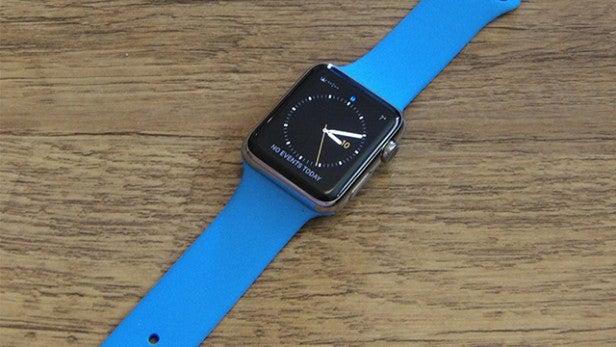 The the pin-and-tuck closure is a tad tricky to use at first, but easy enough to get used to. As well as this, you get two strap lengths and built-in connectors – the parts which allow you to attach the strap to the watch. In some cases, you have to buy these separately, so you’re saving a few quid. You can pick the strap up in blue, red and black.

Fancy something, erm, striking? Then the Case-Mate Turnlock strap might be right up your street. Bright pink and styled as a bangle, it’s certainly trying to be flashy though we’re not exactly sure it succeeds. It’s made from flexible elastomer for added comfort, and to get it on, you simply stretch it over your wrist.

It’s worth noting that the strap does feel a little tight at the start, but it’ll loosen up in time. You can only get the strap for for the 38mm watch, though, which isn’t too good if you have a larger wrist. 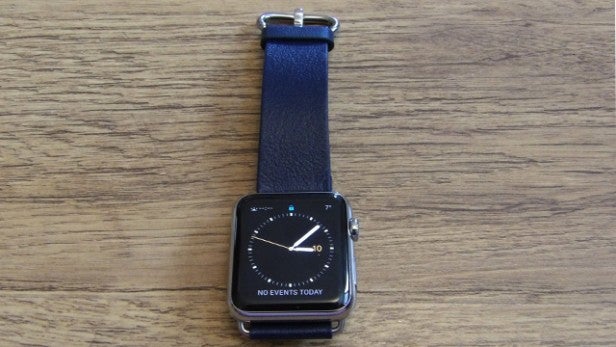 Let’s be honest – leather is almost everyone’s best friend. It’s a sign of quality, but it’s also a comfortable material. With the Apple Watch concerned, there are plenty of premium leather straps out there, but again, prices vary substantially.

The Classic Buckle Strap from Apple costs £129, which could be spent on a lot of other things. Olixar’s Genuine Leather Strap is an excellent alternative if you’re looking for something basic and cheap.

While it is affordable, that’s not to say it’s budget in appearance. The strap really does look the part: sleek, stylish and elegant. At the same time, it’s simplistic and doesn’t come across as tacky, and the metal buckle looks top-notch. Colours include black, brown, blue and red.

Spigen, too, is in on the Apple Watch strap game. Its Rugged Armor Band is a great pick if you’re the active kind or just want something that’ll withstand a bit of rough and tumble. Made from silicone-infused TPU material, the band is flexible and built to withstand whatever’s thrown at it. 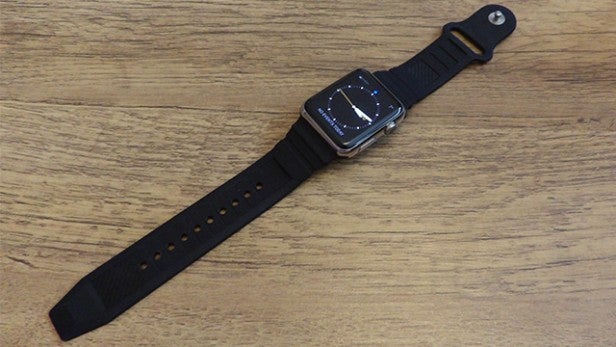 If you do work out a lot, you’ll be happy to learn that it comes with a pin clasp mechanism. In layman’s terms, that means the band offers a secure fit, so you wouldn’t have to worry about the band coming undone while you run or jog.

Unfortunately, though, it’s only available in black. However, it seems to be more about durability than style and is far from catwalk suitable. On the bright side (yes, literally), Spigen sells coloured cases to complement the band while adding extra protection. These are sold separately and cost around £15. A case for a watch, what will they think of next?

These straps prove that you’re able to get yourself a bargain when it comes to shopping for Apple Watch accessories.

And while they may be cheap, they’re certainly not budget in terms of design and build, and cater for a variety of tastes and needs.

The Milanese Loop is great for those looking for a classy look, the Olixar Silicone Band for the colourful sporty type, the Olixar Genuine Leather Strap for those who like things simple, and the Spigen Rugged Armor Band for active people.

Have you tried out any great Apple Watch straps? Let us know below